Alex Albon says it is "quite laughable" that he has been promoted to the race-winning Red Bull team so soon in his career, considering he had not driven a Formula 1 car until earlier this year. 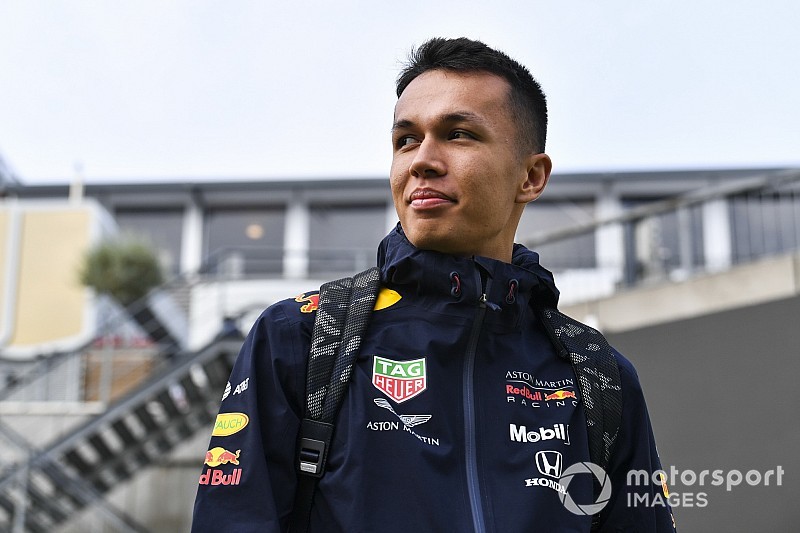 The Thai driver has been moved up from Toro Rosso to replace Pierre Gasly, who was dropped after a disappointing first half to the campaign against Max Verstappen.

And while the driver swap has offered Albon a golden opportunity to prove he deserves a seat at Red Bull in 2020, he is well aware of how out of the ordinary his ascent to a top team in F1 has been.

"Yes, it is quite laughable really, when I look back at it," he said. "I don't think my career has been very fluid, let's say. I've had a few ups and downs and just to be in this position is incredible.

"I think there are a lot of drivers who have done an amazing job in F1 who have never been given an opportunity to be in a race winning, championship winning team. So, it's a big opportunity for me and I really know that."

Albon concedes that he has some apprehension about the challenge he faces in getting up to speed at Red Bull, but thinks the situation is not as big an ask as when he was handed his F1 debut with Toro Rosso without having even tested a grand prix car.

"Let's say, the beginning of the year, in February when I didn't drive the car, I felt more in this situation than I do now," he said.

"That kind of anxiety and stress about 'what's it going to be like?' I went through that already in January. Coming into the summer break I was a lot more relaxed about it – and again, yeah, we'll see."

Albon also said that the news of his promotion from Toro Rosso was made in what he thought was going to be a regular catch up with Red Bull motorsport advisor Helmut Marko.

"It was just a normal thing, a daily catch-up, with Dr Marko in his office in Austria," he explained. "Pretty much that's how the conversation went.

"I think it was the Monday at the beginning of the summer break. That conversation went through and it was one of those things: "oh, by the way, this is what's going on." And that was pretty much it.

"I think you guys [the media] knew only an hour after I did, so it was quite close, in that sense. But yeah, it was all okay."