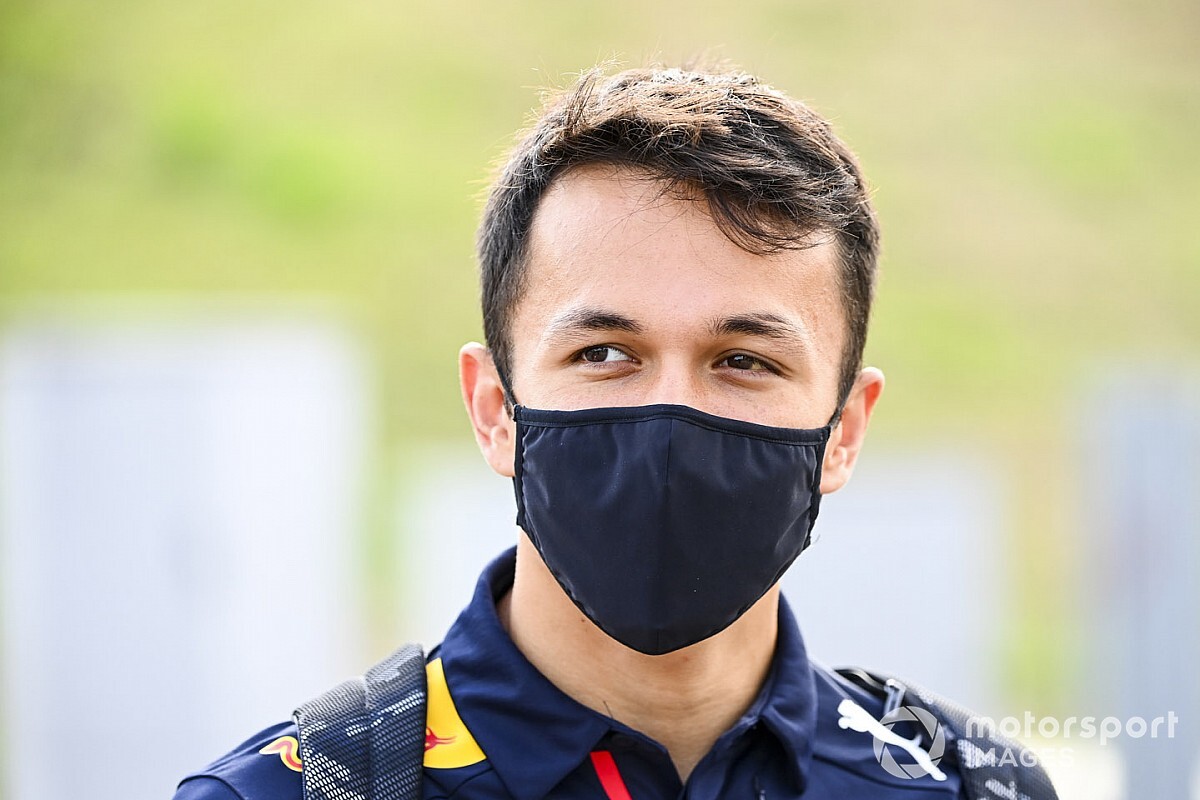 Red Bull Racing Formula 1 driver Alexander Albon says he avoids reading the media because he doesn’t want to be distracted by speculation over his future with the team.

Albon has been in the spotlight this season because he has struggled to match the pace of teammate Max Verstappen in qualifying, although his race performances have usually been impressive, and at Mugello last weekend he finally logged his first podium with third place.

Meanwhile, Pierre Gasly, the man he replaced at Red Bull in the middle of 2019, has rebuilt his reputation with a strong season at AlphaTauri – highlighted by his win in the Italian GP.

Albon says he’s not worried by negative speculation, and he has faith in the support of team principal Christian Horner and Red Bull motorsport boss Helmut Marko.

“I don't look at the media,” he said. “I know there's always going to be talk about it. It's a hot topic for you guys. You kind of just move on from it.

“My trust and my confidence comes from speaking to Christian or whoever, or Dr Marko personally. And I feel a lot of support from both of them, from this whole team as well.

“Certainly, I'm relaxed. I know I need to improve, I want to improve and I'm keen and I'm motivated to do that.

“So with all the support from the guys around me, I'm happy with where I am in the team, and it's more you could say the media that creates the noise.”

Asked when he stopped reading the media, he said: “It's just one of those things. It's like, what's the point of looking at your phone if it's negative, you know?

“There's not really any point. I'd rather use that time to have dinner, go on Netflix, or whatever.

“At the end of the day, I know what matters is my performance. That's what I'm focused on. I'm not focused on the other stuff."