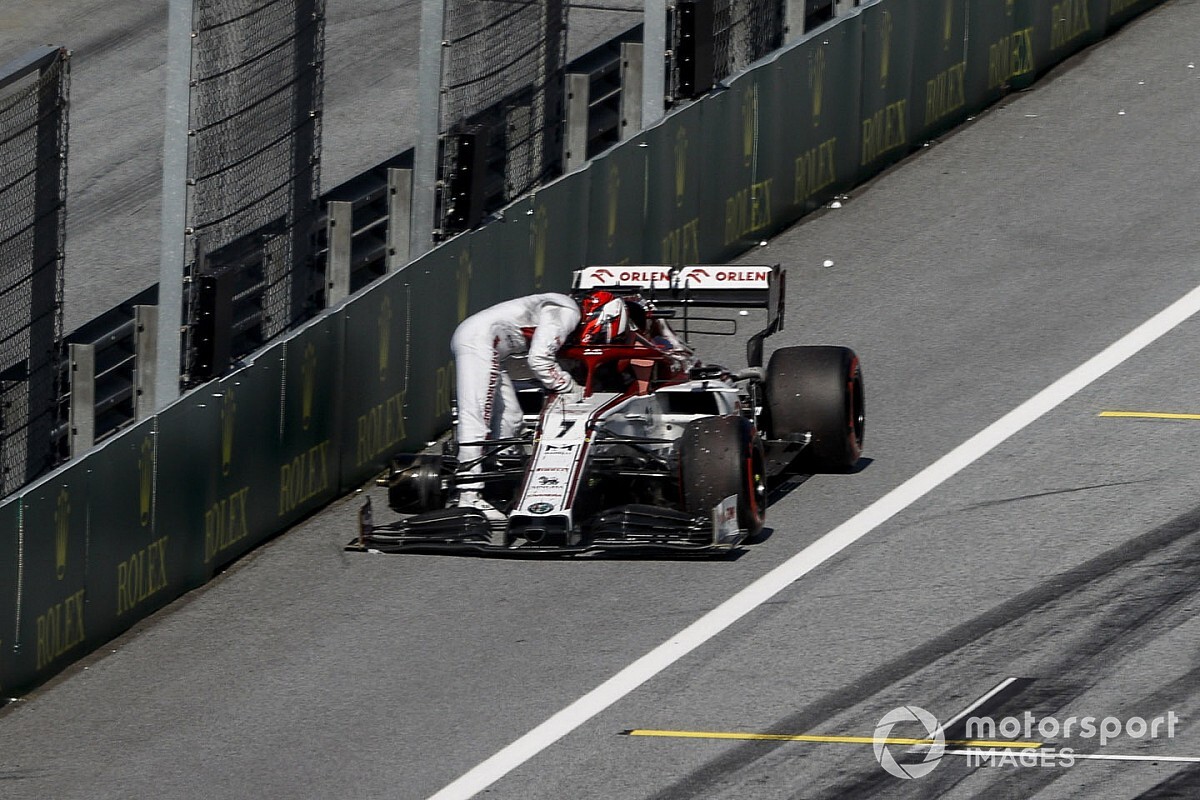 The Alfa Romeo Formula 1 team has been fined €5,000 for Kimi Raikkonen's wheel becoming detached following a pitstop on lap 54 of the Austrian Grand Prix.

Raikkonen dived into pitlane for a new set of tyres when the safety car was called with around 17 laps remaining after Williams' George Russell ground to a halt on the exit of Turn 4.

Rejoining the race in 12th as the safety car peeled into the pits at the end of lap 54, Raikkonen's front-right wheel detached as he rounded Turn 9 and came off completely as he exited the corner.

The Finn was forced to park up on the main straight, which led to another safety car period, with his errant wheel coming to a rest in the gravel on the exit of the final corner.

A post-race investigation by the FIA concluded that a wheel not was cross-threaded during his pit stop, though noted that in a statement that the team was unaware it had released the car in an unsafe condition.

The FIA statement read: "The Stewards heard from the team representative and reviewed video and technical evidence provided by the FIA Technical Delegate, as well as car telemetry by the team.

"Having examined photos of the damaged wheel and the axle shaft, it is evident that the wheel nut of the RHS [right-hand side] front wheel got cross-threaded during the wheel change, which was not identified by the wheel gun operator.

"As a consequence the front right wheel went off when the car was back in the race.

"The Stewards accept, however, that neither the team, nor the driver had the opportunity to realise that the car was in an unsafe condition and therefore did not stop the car.

"Taking into account these circumstances, a fine of €5000 is appropriate."

Commenting on the incident, Raikkonen said he had "no warning" of the issue before it happened.

Raikkonen was one of nine drivers to retire from a chaotic season opener at the Red Bull Ring.

Teammate Antonio Giovinazzi capped off a bittersweet day for Alfa Romeo with a ninth-place finish to secure two championship points, beating the recovering Ferrari of Sebastian Vettel – who suffered a spin earlier in the race after contact with McLaren's Carlos Sainz.