Alfa Romeo’s decision to appeal the penalty that cost both its drivers points in the German Grand Prix means the matter is now set for a legal ruling, with a hearing of the FIA’s International Court of Appeal now confirmed for September 24.

But the details of how the matter unfolded after the German Grand Prix has opened up a fascinating scenario where the Swiss-based team may have found itself actually better off getting disqualified from the Hockenheim race rather than getting a time penalty.

Kimi Raikkonen and Antonio Giovinazzi finished seventh and eighth at Hockenheim last week, but a post-race technical inspection found a problem with their clutch settings.

In order to prevent drivers being helped by a form of illegal traction control at starts, the torque of clutches must match (within specified limits) within 70 milliseconds the torque demand as the driver releases the clutch.

The FIA found that the time it took for the torque of the Alfa Romeo clutches to match the demands of the driver was close to 200 milliseconds and 300 milliseconds across the two respective cars.

The FIA ruled that the extra time was enough of a help for the drivers to make better starts and was in breach of Article 27.1 of F1’s Sporting Regulations which states: “The driver must drive the car alone and unaided.”

In theory, the breach of the regulations could have been enough for both cars to be disqualified from the race.

However, the stewards took the decision that the benefit that the drivers got was more akin to a false start – which normally earns a driver a time penalty rather than exclusion from the results.

So rather than Raikkonen and Giovinazzi being thrown out, they were handed a 10-second stop-and-go penalty.

With that punishment having not been served during the race, this was therefore converted to a 30-second time penalty, dropping Raikkonen and Giovinazzi to 12th and 13th respectively. 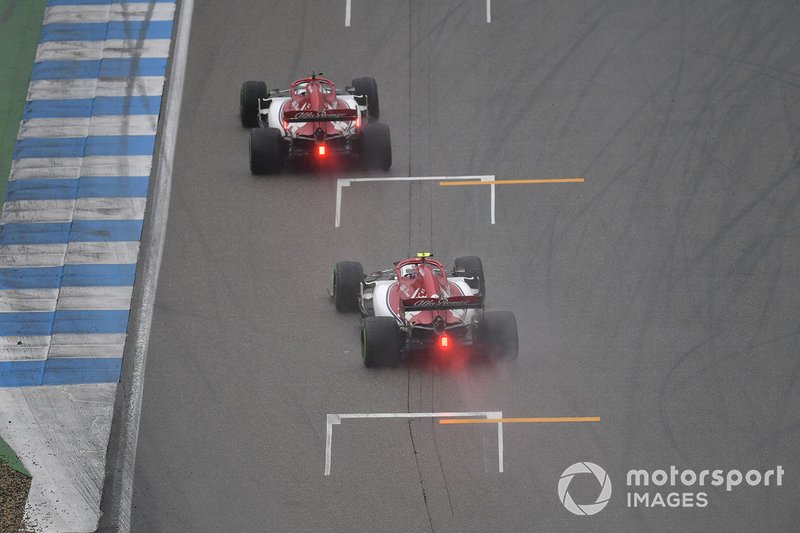 The end result ultimately made the sanction as bad as a disqualification, for it dropped both cars out of the points.

But being given a time penalty had wider implications because, according to the FIA's own rule book, it makes it possible that Alfa's appeal will be ruled as inadmissible from the start.

As was highlighted in the Sebastian Vettel case from this year’s Canadian Grand Prix, the FIA regulations are clear that certain penalties imposed in races cannot be appealed.

Article 12.2.4 of the FIA’s International Sporting Code states: “Certain decisions are not subject to appeal. These include decisions to impose a drive‐through penalty, a stop and go penalty, or other penalties as specified in the applicable sporting regulations as not being susceptible to appeal.”

With the German GP stewards electing to hand out a stop-and-go penalty, it has moved the matter in to a situation where the first job of the FIA independent court is to rule on whether the appeal is actually valid.

Only if the judges rule that the case can be heard will the evidence that Alfa Romeo has gathered in its bid to overturn the matter be evaluated.

Had the cars been outright disqualified, then the case would not have fallen foul of the Sporting Code stipulation that rules out certain penalties being appealed.

For now, Alfa Romeo is pushing on with the matter, although one other option could be for it to opt for a ‘Right to Review’ as Ferrari attempted to with the Vettel case.

However, to do so the team would need to find some ‘significant and relevant’ new evidence that was not available to the stewards at the time.

That may be hard to find considering the stewards said they spoke on Sunday night in Hockenheim to three members of the Alfa Romeo team, including the engineers concerned, who all offered as much evidence as possible to defend the rule breach.

The final decision on whether the appeal is admissible or not will rest with the judges who sit on the Court of Appeal, but it is clear that an already complex case had been given an added complication.

For Alfa Romeo, though, it is sure it has some strong arguments to help it win – otherwise it would not be pushing on with matters.

Team manager Beat Zehnder said in Hungary: “We’ve been penalised after the race and we went for appeal, which is the normal procedure if you want to fight, and you think you have some arguments to win. Otherwise you wouldn’t do it.” 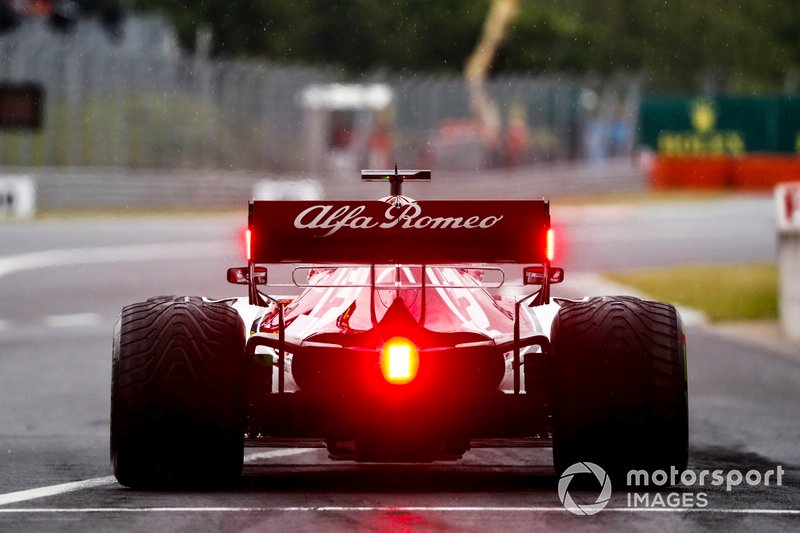