Alfa Romeo will have enough spare parts from this weekend’s British Grand Prix to not need to run old components in Friday Formula 1 practice sessions.

The Hinwil-based squad has faced some challenging weekends recently where it has been forced to bounce back from especially tricky first days of practice.

As well as losing track time because of niggling reliability issues, its drivers Valtteri Bottas and Zhou Guanyu had to prepare for races with older specification developments.

That was because the team had been tight on spare parts and it did not want to risk a crash on Friday leaving it without its newest components for the rest of a race weekend.

But having finally caught up with the production of spares at its factory, Alfa Romeo will be able to fit both its cars with its latest developments from this weekend’s race at Silverstone.

Alfa Romeo’s head of trackside engineering Xevi Pujolar said about the situation: “On Fridays we still have some problems with reliability, and it is something we are working to get better.

“But also in terms of performance on Friday, we have been running older packages on Friday. From the next race, we'll be in a position to run the same package for the entire weekend, so then everything will be easier.” 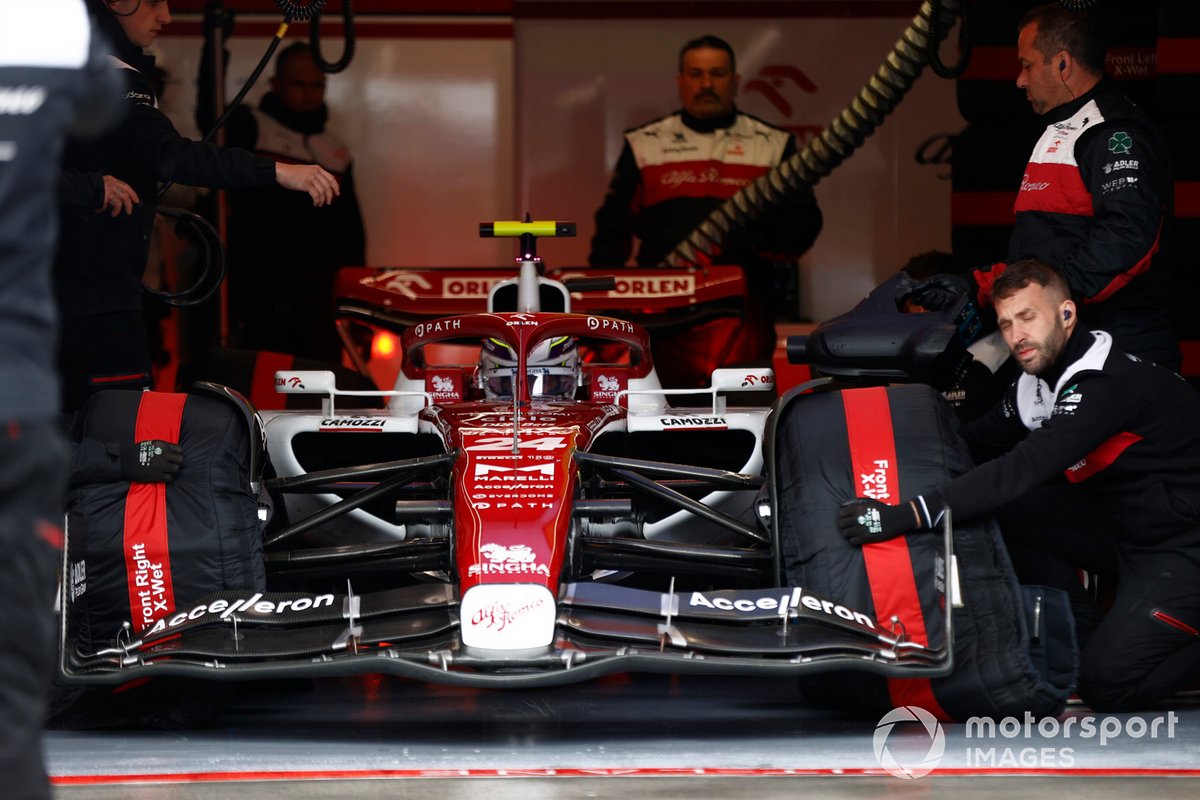 Pujolar explained that the limitation on spare parts had been as a consequence of crashes earlier in the year, including Zhou’s off at the Imola sprint, which diverted resources at the factory.

“We had some incidents at the beginning of the season,” he said. “Then you just have to catch up with all the production of spare parts from the packages we're running, and in parallel having the production of the new packages, which is something that has been the limitation. Now, from Silverstone onwards, we are already in a good position.

“We were also taking a bit of margin. Tracks like Baku, also Montreal and Monaco, when you are close to the walls, we wanted to make sure that if we have some damage on Friday, we don't want to pay consequences later on. But now it will be better for the next few races at least.”

Alfa Romeo has delivered some impressive pace at times this season, and Pujolar says that sights are set on it battling right at the front of the chasing pack behind Red Bull and Ferrari at Silverstone.

“I think we can expect to be fighting at the top of the midfield, but we need to see,” he explained.

“I don't know if some teams will bring some [upgrade] packages to Silverstone, but so far I would say that we've been pretty consistent at all the tracks - so different types of tracks and different types of aero efficiency as well.

“For the next couple of races, we expect to be fighting at the top of the midfield with Alpine and McLaren, and see if we can get some more points, and double points. That's our target.

“We are in a position that we want to be in Q3 with both cars, and if that's the way, then we can fight solid races against Alpine first.”

Albon: Not clear how to fix F1 weaknesses on Williams car