Alfa Romeo has unveiled its new C41 Formula 1 car ahead of the 2021 season, sporting some minor livery design changes from last year. 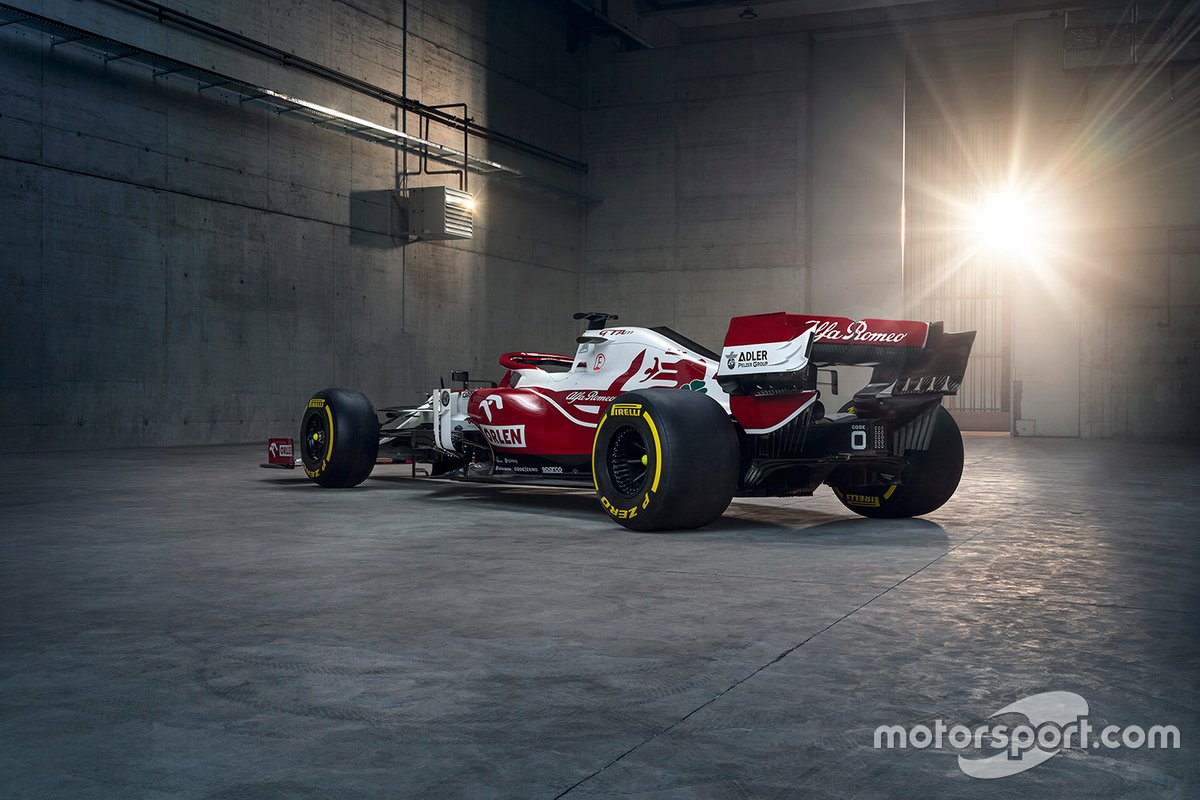 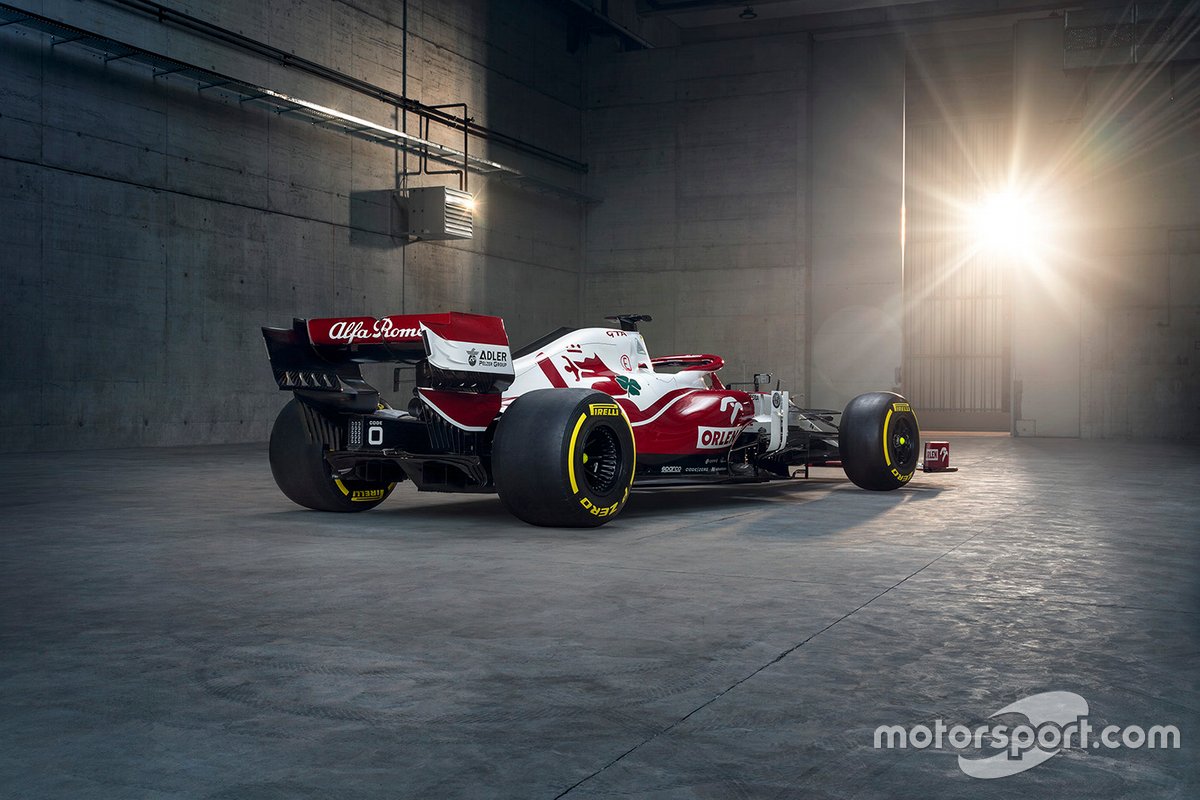 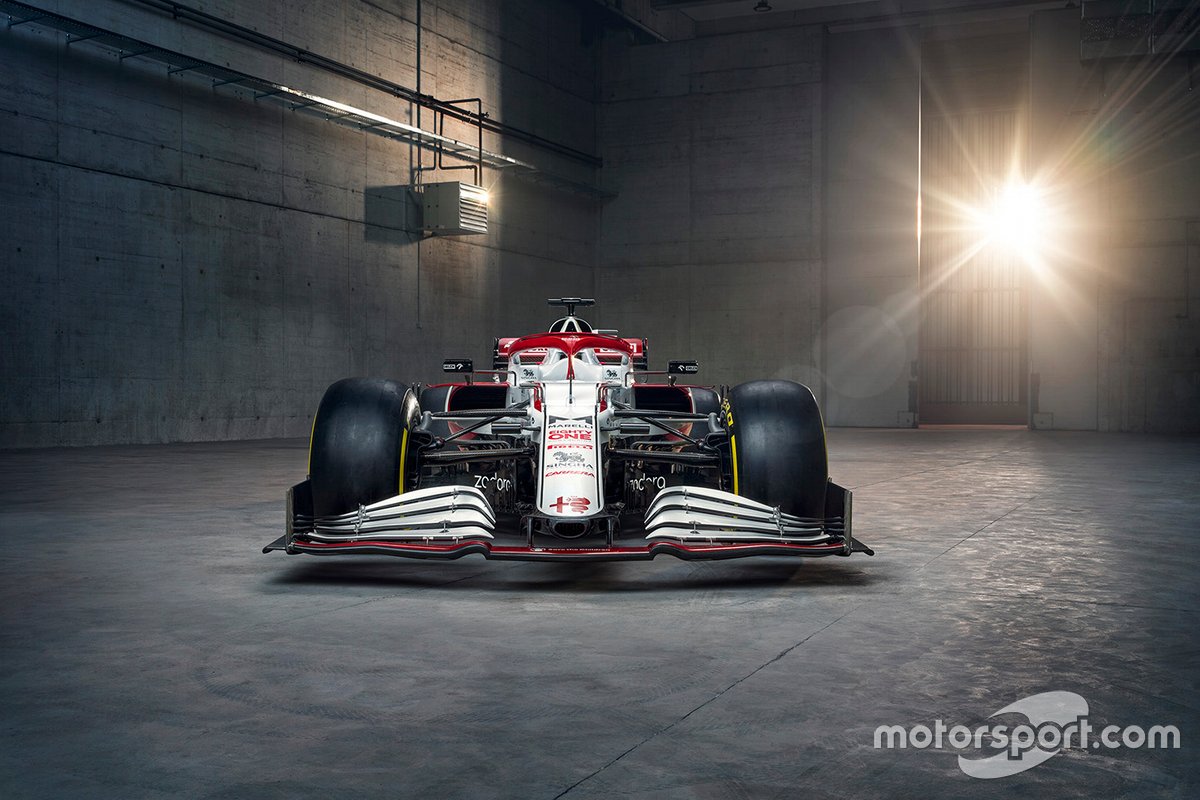 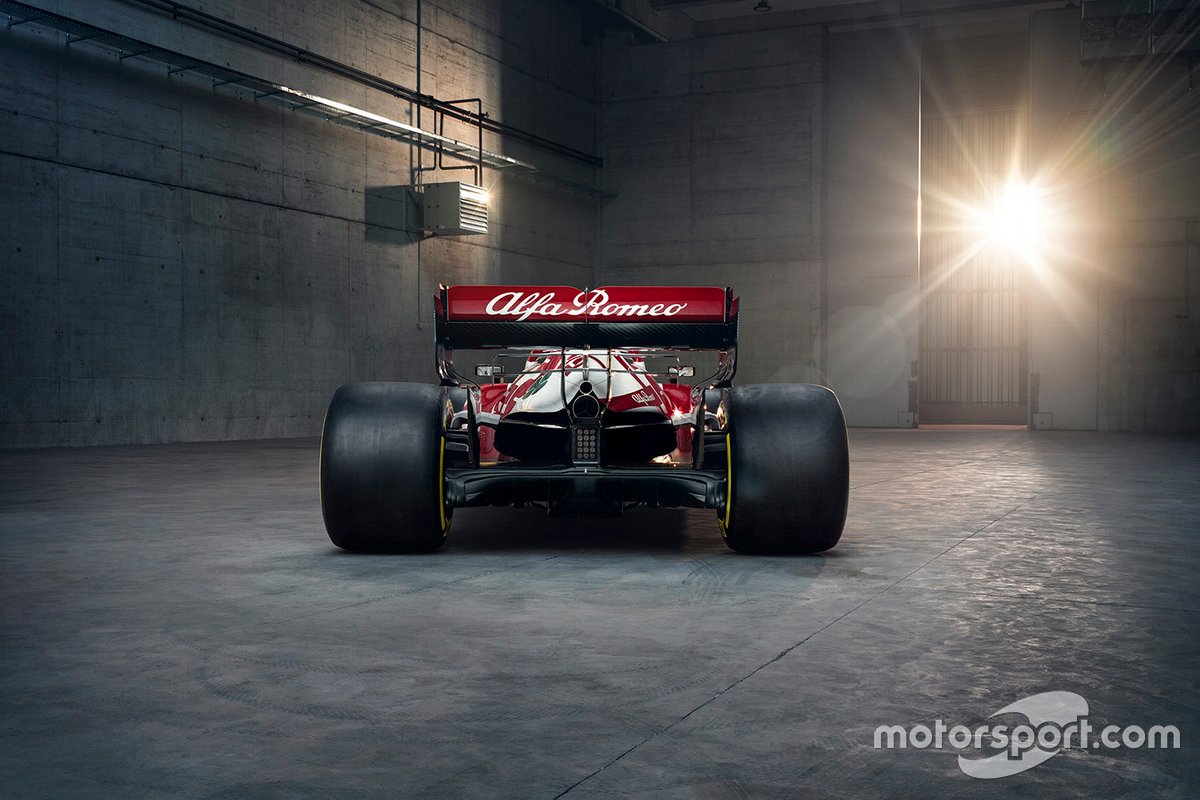 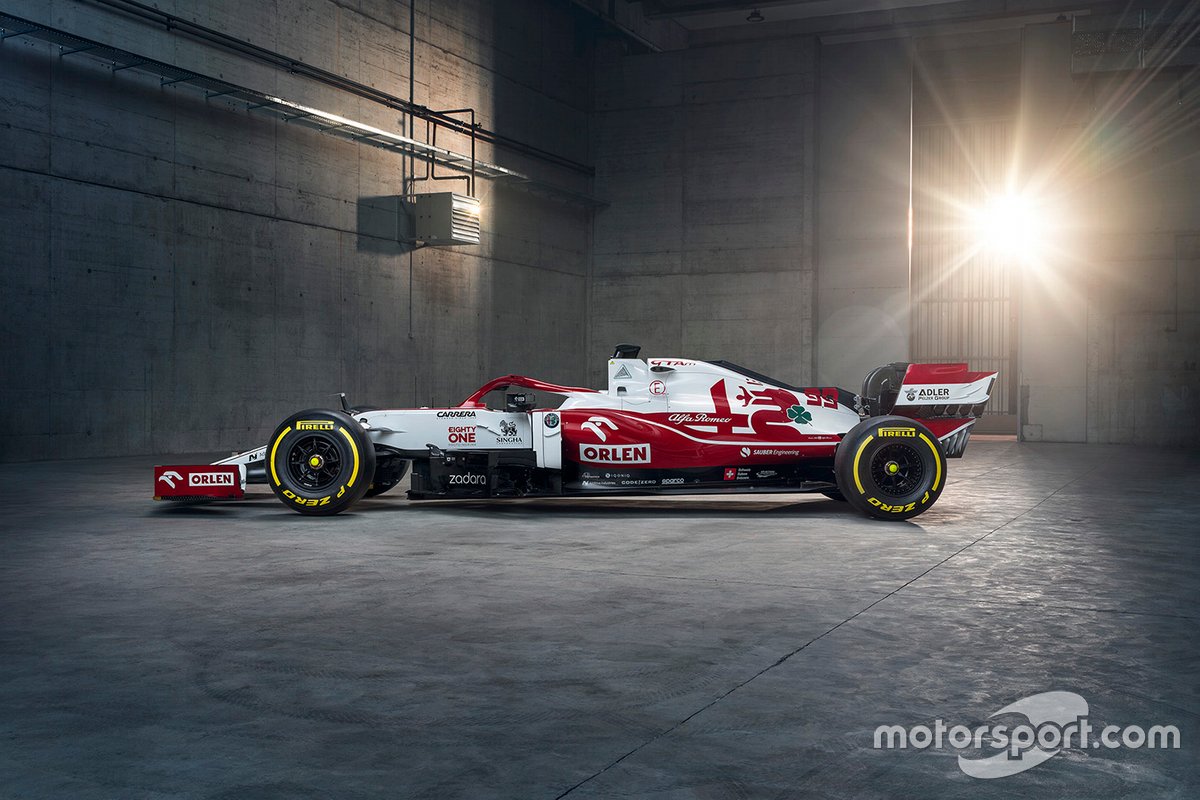 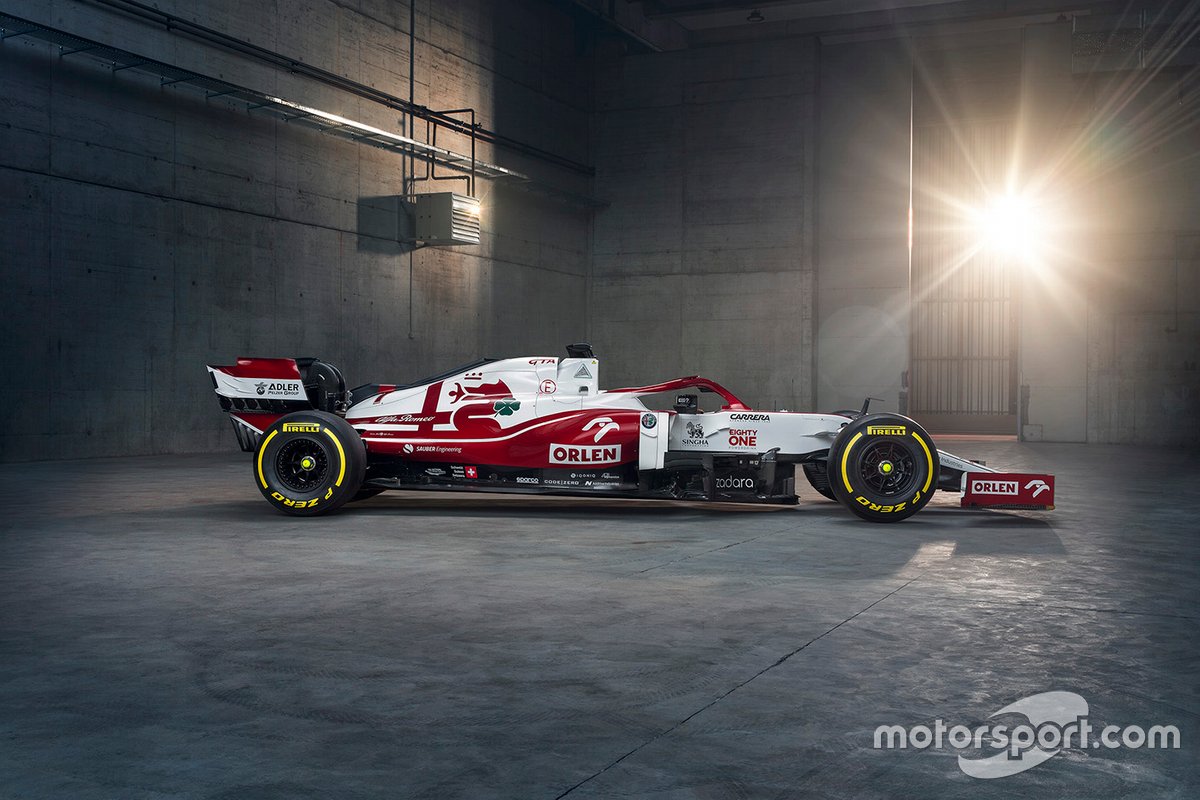 At a launch event in Warsaw with title sponsor PKN Orlen, Alfa Romeo drivers Kimi Raikkonen and Antonio Giovinazzi were on hand to take the covers off the new car for the coming season.

The C41 livery has flipped the colour scheme at the rear of the car from last year, turning the engine cover white with a red logo, and making the sidepods red.

The new car will make its on-track debut this Friday in a shakedown at the Circuit de Barcelona-Catalunya before enjoying its first extended run-out in pre-season testing on 12-14 March.

"The launch of a new car is always an emotional moment, the culmination of months of effort from everyone back at the factory and the start of a new adventure," said team principal Frederic Vasseur.

"I think the philosophy upon which the team is based remains the same – we have to do a better job tomorrow than we are doing today. We finished last season in P8, so we have to target a better result in 2021. To do so, we have to keep improving in each department, trackside and back at HQ.

"Every team on the grid has very high expectations right now: all the teams expect to do a good job in the winter and to be in a good position for the first race, but soon it will be the time for everyone to show their cards."

Alfa Romeo enters the 2021 season looking to bounce back from a disappointing campaign last year that mainly saw it scrap with Haas and Williams in the 'Class C' fight.

Although the team was able to match its finish of eighth place in the constructors' championship from 2019, its points tally nosedived as Raikkonen and Giovinazzi accrued just eight points, recording a race finish of no higher than ninth.

Alfa Romeo was limited by the poor performance of Ferrari's power units throughout last year, but the Italian marque hopes to have resolved the issues ahead of the 2021 season.

It is anticipated that Sauber Motorsport - which operates the Alfa Romeo F1 squad out of Switzerland - is expected to extend its partnership with Ferrari until 2025. The current deal expires at the end of this season.

Alfa Romeo opted to retain both Raikkonen and Giovinazzi for 2021, marking their third year racing together.

The duo will be joined by reserve driver Robert Kubica once again as the team retains title sponsorship from Polish firm PKN Orlen, prompting this season's unveiling to take place at Warsaw.