Fernando Alonso doubts he will be able to pick up a Formula 1 podium finish through the remainder of his comeback season without a “very chaotic race”.

Two-time F1 world champion Alonso returned to the series in 2021 with Alpine after taking two seasons out to explore other motorsport events such as the 24 Hours of Le Mans and the Indianapolis 500.

Alonso has scored points in eight of the last nine races, putting him five points clear of Alpine teammate Esteban Ocon in the drivers’ standings.

But following Daniel Ricciardo’s win at Monza, Alonso is now the highest-placed driver in the championship yet to score a podium finish this year. His best result has been fourth place in Hungary, where his defence against Lewis Hamilton helped Ocon score a shock win for Alpine.

Alonso has not scored a podium finish in F1 since the 2014 Hungarian Grand Prix, and the Spaniard was sceptical about his chances of ending that drought in the final eight races of this season.

“I think we are the fifth or sixth quickest team out there,” Alonso said.

“So for us to get a podium, we really need a very chaotic race. Without that, I think by pure performance, I think top six, top seven is our maximum position.

“We did achieve that in a few races this year, and I’m happy with the consistency. And you need to be super lucky to get one podium. I was not so far.

“I don’t expect to be in the remaining races. If it comes, obviously it will be welcome, but I think we need to work on realistic expectations.” 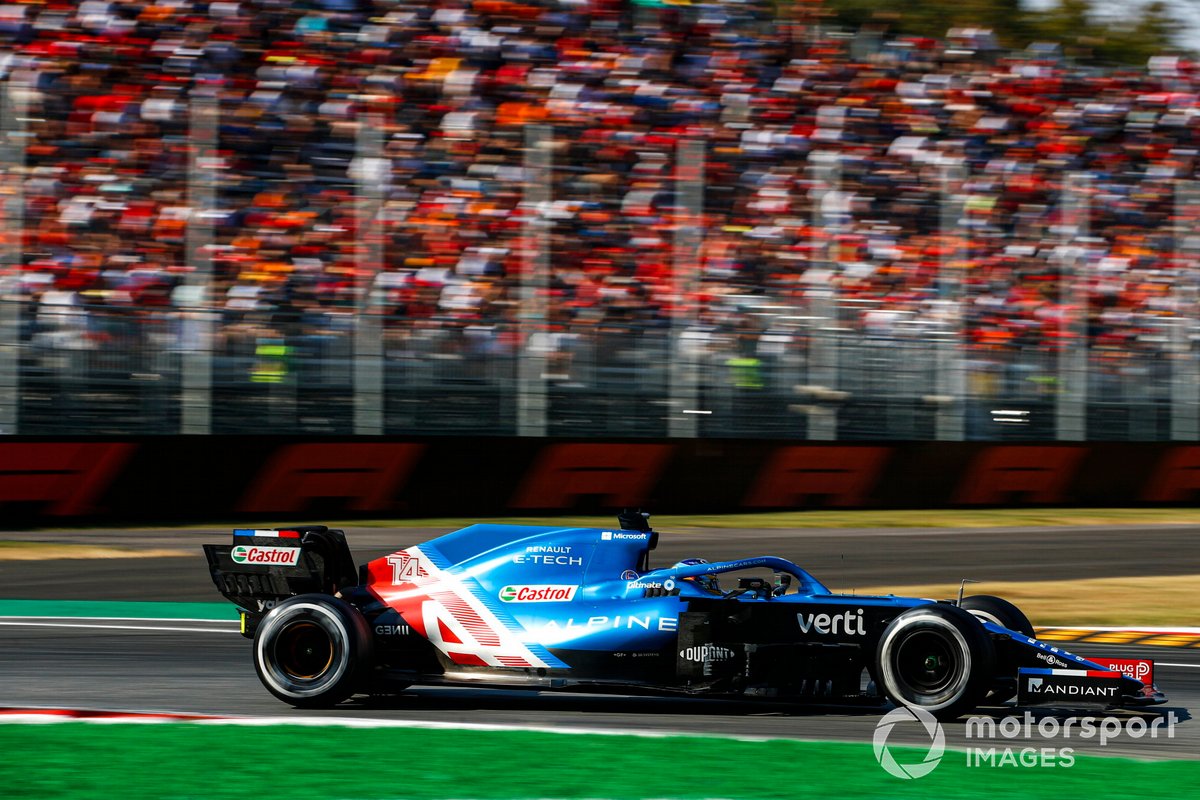 Alonso finished eighth at Monza two weeks ago, but he felt hopeful of an improved showing in Sochi this weekend at the Russian Grand Prix, despite rain being forecast for Saturday that could complicate the picture.

“We think that Monza was one of the worst for us in terms of layout and characteristics of our package, so here should be a step better,” Alonso said.

“You need to feel comfortable with the car. The set-up has to be in the window straightaway on Friday. The weather looks a little bit unknown at the moment, or even quite wet on Saturday.

“So it will be important to have a clean Friday, because maybe that’s the only dry running you get.

“You never know, but we have more confidence here than in Monza for sure.”