Alpine's Fernando Alonso says IndyCar star Colton Herta should follow his own career plan amid talk over a future Formula 1 switch, pointing out "motorsport is much more than F1".

IndyCar race winner Herta has been touted as the next American to take the plunge and leave IndyCar behind for F1 amid reports his IndyCar team Andretti Autosport is nearing a takeover of the Alfa Romeo F1 team.

Herta's IndyCar rival Pato O'Ward believes the 21-year-old has everything to be successful in F1, while former IndyCar racer Danica Patrick also backed the idea for Herta to cross the pond.

Alonso too rates Herta highly, having seen him at close quarters when the Spaniard contested the 2020 Indianapolis 500 as part of his push to complete motorsport's triple crown.

But when asked about his thoughts on the Californian prior to Austin's US Grand Prix, the double F1 world champion and two-time Le Mans 24 Hours winner also pointed out that there are many high-quality championships outside F1 in which Herta could thrive, with the 21-year-old well positioned to be an IndyCar title contender for many years to come.

"He will be a good fit for Formula 1 for sure but each of us has a different plan in his career, and I don't know what Colton has in his head at the moment, because I'm sure that he's happy with IndyCar.

"Same as Alex Palou that won the championship this year. He's really committed to US racing and he enjoys racing here in the States.

"You know, motorsport is much more than Formula 1. Even if here inside this bubble some people feel that this is the top, which is probably the top, there are other super categories." 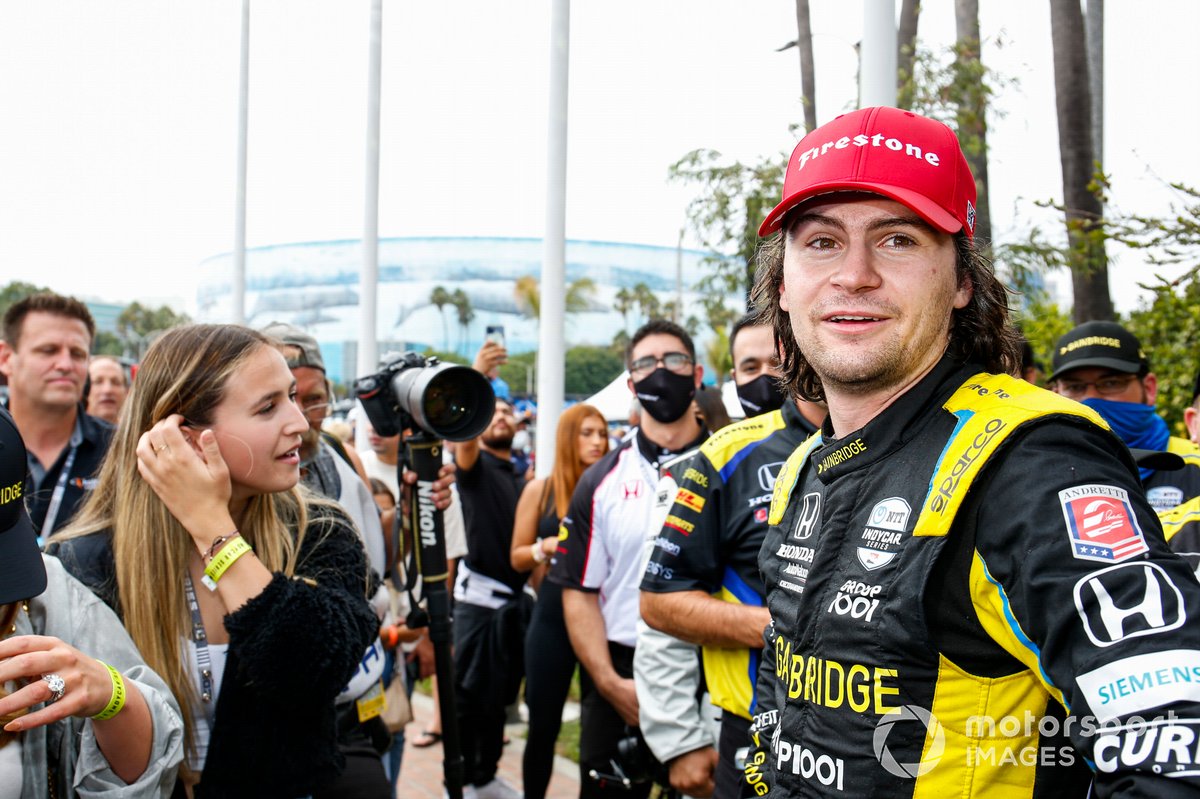 While Alonso played down long-held beliefs in the IndyCar paddock that its home-grown drivers are underrated in Europe, the two-time world champion does feel that the championship deserves more FIA superlicence points.

Herta, who finished seventh, third and fifth over the past three seasons, currently lacks the required number of points to be eligible for an F1 seat in 2022 unless provisions were to be made by the FIA.

"I think we all respect [IndyCar drivers] a lot, or I do," added Alonso, who starred at his first Indy 500 attempt in 2017 with Andretti but failed to qualify two years later with McLaren.

"They are the best on an IndyCar circuit in an IndyCar machine and if they join Formula 1 they need their normal adaptation that we need if we go to an IndyCar machine, so it's no different. I think we all have the same level which is a top level for each category.

"It's difficult to comment on regulations and things, that's more a question for FIA or whoever is dealing with the licence thing.

"But if you ask me my opinion, for sure I think there are categories like IndyCar that have a level high enough that you should get the necessary points, like you do in other categories in Europe."