Alonso says there's "more amateurs" in F1 than in WEC 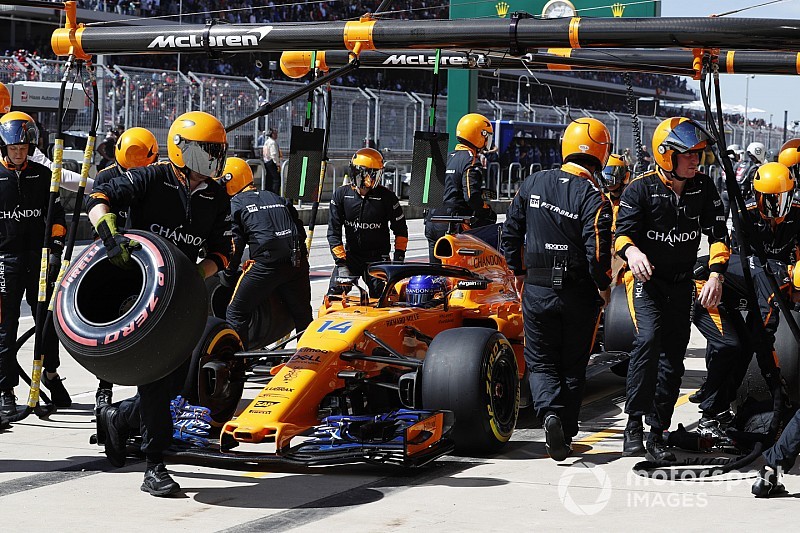 Fernando Alonso says there are "more amateur" drivers in Formula 1 than in the World Endurance Championship after his crash with Lance Stroll in the United States Grand Prix.

Alonso was hit by Williams driver Stroll as they approached the esses on the opening lap, the contact causing heavy damage to the McLaren, which retired after returning to the pits.

Stroll was able to continue and was given a drive-through penalty for causing the crash.

Alonso, who was also involved in an incident with Stroll in Japan, hit out at the FIA for not doing enough to stop that kind of driving.

"I'm not upset. I'm disappointed because I'm nine days here in the US to do a race and I do 600 meters of the race and they push you off," said Alonso.

"That's the way it is, but it's more a problem for the FIA if they keep allowing this type of driving. I drive in another series with amateur drivers, theoretically, and there has never been a problem.

"There are more amateurs here than in other series," added the Spaniard, who races in the WEC with Toyota.

"Maybe when there's a big crash they will do something.

"Until then we'll try to have fun in other categories where we race against 34 cars, against amateur people, against 60-year-old men and nothing ever happens.

"Here we need bumpers, like the rental go-karts, so we can all crash into each other."

The two-time champion, who is retiring from F1 at the end of the year, believes the level of the drivers currently competing in Formula 1 is lower than it was in the past.

When asked if drivers in F1 where more aggressive than in WEC, he said: "No, the level is lower.

"I race in the WEC and they are very aggressive as well and we have three different categories there, some amateur drivers in the GTE-AM, but no one crashes into each other. There's another mentality.

After the race, however, Alonso took to Twitter to dial back on the criticism after seeing replays of the incident.

Ricciardo "put his fist through wall" after US GP exit