Alonso was never an option for Red Bull, insists Verstappen 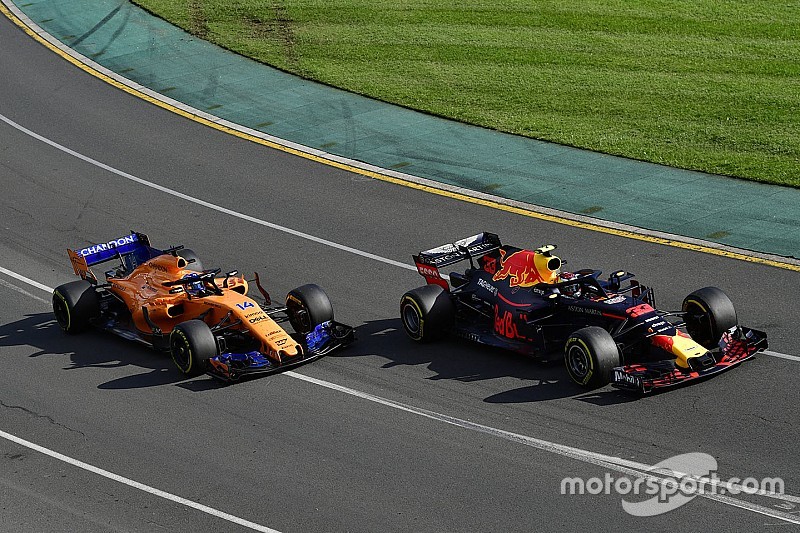 Fernando Alonso was never considered by Red Bull for 2019, says Max Verstappen, who insists the team was only ever focused on finding a driver he would work well with.

Although Alonso and Red Bull had a war of words over the Belgian Grand Prix weekend about alleged offers for next year, Verstappen is clear that the outfit was not interested in the Spaniard.

Instead, he says that part of the attraction of future teammate Pierre Gasly was the fact that the pair have had a good working relationship in the past.

“Alonso was not an option, I know that anyway,” said Verstappen, speaking to media at the launch of a new Jumbo supermarket in Holland.

“I can get along very well with Pierre, and I think they [Red Bull] have looked at that too. It was who I am good with, and how someone in the team will be, and that is why they finally chose Pierre.”

Speaking to Motorsport.com in Singapore last weekend, Gasly said he was excited rather than nervous about going up against Verstappen at Red Bull next year.

“I am next to a fantastic driver in Max, really talented, having great results and for me it is a fantastic opportunity,” he said.

“I cannot wait to get it started and hopefully we will be really competitive next year. Red Bull has always been competitive in the last few years so I have no doubt about it: it is pretty exciting times for me next year.”

Although Red Bull’s ultimate potential in 2019 will depend a lot on the progress that new engine partner Honda makes, Gasly has faith that the team will produce a good car.

“We need to see how all the things work together, but Red Bull have won four championships with Sebastian [Vettel].

"They struggled a little bit more in the last few years, but they have always been fighting for podiums and victories at some point during the season so hopefully it will continue and we will have a similar performance.”