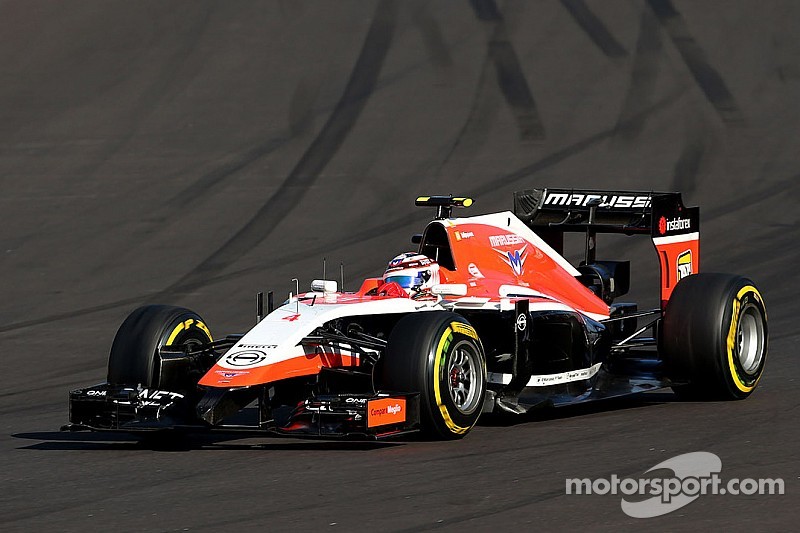 Max Chilton: "What the Team needs now is to head home for support from their families and colleagues back at the factory."

Max Chilton: “After an incredibly tough week for everyone in the Team, we all deserved so much more from today’s race. It hasn’t been an easy day, far from it, and all the guys have had to dig deep to get us to the grid. When we got there of course, it was very emotional with all the support for Jules. I think the Team, the sport and all the fans have really done him proud.

“In the race, we got a good start then switched from the Medium tyre to the Soft quite early on, as we always knew we wouldn’t be that strong on the prime. On lap 9 I started to feel a problem with the front left and it wasn’t going away, so I pitted for the Team to investigate. In the end it was not something we would be able to address quickly, so it was best to bring a generally difficult weekend to an early conclusion.

“What the Team needs now is to head home for support from their families and colleagues back at the factory. Somehow we need to find the strength to regroup and move forward, which is hard to contemplate right now.”

Dave Greenwood, Chief Engineer: “As we were starting from the back of the grid, and given the characteristics of the tyres this weekend, the strategy was always to minimise running on the prime tyre. We did consider pitting as early as lap one, but in the end we left it until lap 4. Max was making better progress on the option tyre, however, with him feeling a problem at turn 1, we felt the only option was to stop the car so that we could inspect it. Having done so, we found that there was actually an issue with the right rear so we decided to retire him.

“This is not the race outcome we were hoping for, but I think we can be justifiably proud of the way we have pulled together this weekend. We have taken huge encouragement from the tremendous support shown towards Jules by the entire F1 community and for that we are extremely grateful. We hope that it has helped Jules’ family at this difficult time. At some stage we will need to look ahead to the remaining races of the season, but for now, we’re pleased to be heading home.”

Ferrari: A quiet afternoon in Sochi