Analysis: What did F1 bosses learn from London? 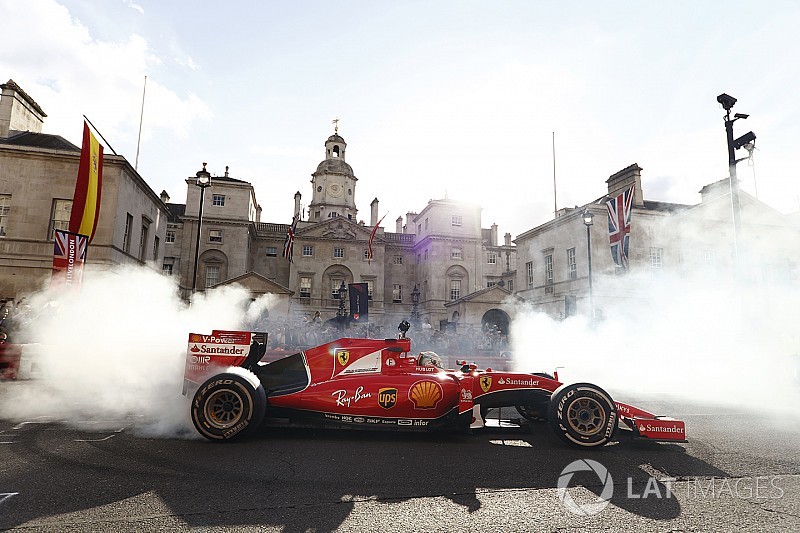 Last Wednesday's F1 Live event drew almost universal acclaim from both fans and the sport's insiders - but what significance could it have for the plans of owners Liberty Media going forward?

What made London's F1 Live special was, among other things, the way the sport's organisation worked with the full co-operation of the teams away from a race weekend and all the usual restrictions.

There was a sense of optimism, a feeling that everyone was part of something new and special – and the usual competitive edge was put to one side for once - perhaps aside from that one part when the drivers abandoned the "no donuts" rule and tried to outdo each other.

We've seen a few changes to race weekends in 2017, such as more freedom in social media, post-qualifying interviews on the grid, and some tinkering with the weekend schedule. But London was the first big sign that Liberty Media want to do things differently.

So was it everything that F1's new bosses expected to be – and did it all go to plan?

"I think my expectations were met," marketing chief Sean Bratches, one of the main architects of the day, told Motorsport.com. "These are complicated events to pull off, and I've got a laundry list of things that we can actually do better in the future, which we will.

"I thought everybody put their shoulder behind it, everybody was passionate and respectful. There were no issues, and I genuinely feel that fans walked away appreciating F1, our brand, and what we can deliver from an entertainment perspective.

"It was in the crosshairs of greatness. It was a real team effort, we spent a lot of time with the City of London, Westminster Council, and everybody had appropriate input, and it came out famously."

The obvious question is what items are on that "could do better" laundry list, but Bratches isn't giving too much away: "I'm going to keep those to myself because I'm going to surprise you when I roll them out! On par it went according to plan."

One thing was very clear from the scale of the event: a lot of money had to be spent to get everything together, such as all the barriers and the stage set-up in Trafalgar Square, not to mention the huge number of staff involved.

Bratches insists that F1 knew what it was committing to from the off in terms of costs. Nevertheless it is logical to suggest that next time, they will try to find ways to help pay for it.

"There were really no big material surprises. It effectively came in on budget, we knew what we were getting into.

"There are opportunities as we look forward to create revenue through sponsorship or other means, as we proceed on this journey that we're on with these things. We're going to see more of these, and London was a great representation of the landscape that fans can expect to see from F1."

So what comes next for this particular project? There are basically two options.

One is to continue to run events on the prior Wednesday in cities or countries that currently have races, and where drivers and teams are already on hand. That fits well with Chase Carey's off-stated ambition to turn races into week-long "Superbowl" events.

The other option is to take an F1 road show to new markets, places that don't have an event at the moment, but just might in the future – such as New York. Bratches suggests that the focus will be more on the former, hinting too that the 2017 London event won't be a one-off.

"I certainly hope at a point in time we're bringing this to New York – when we have a Grand Prix in New York! I'm an optimist, but a realist.

"My vision for this is to continue to have these events in London, and then on a going forward basis, in proximity to grands prix and city centres, where we can activate fans, both avid and casual, in new and exciting ways – exposing them to our brand, our iconography, and the ethos of this fantastic sport. We've got a lot of plans that we're working on to effect that."

There was much goodwill associated with the London event, as it was the first, and it helped too that it was an easy trip for the show car organisations of the British-based teams.

The challenge henceforth will be doing this on a regular basis, and asking teams to commit to sending cars and crews around the world, and drivers (and team bosses) to give up more of their spare time.

Bratches acknowledges that there will be a limit, but he's confident that the drivers will see the bigger picture and appreciate that, ultimately, they will gain.

"We're going to pick our shots with this, we're going to be respectful for the teams, respectful to the drivers. I will say when I arrived at Silverstone and walked down the paddock I had a number of drivers come out and pull me aside and say, 'When are we going to do this again?'.

"They genuinely had a good time, and I think that they realised in that environment the passion that these fans have for them.

"As I've said before, we have three brands in F1 – F1 itself, the team brands, and the driver brands, and the drivers are the ones that I think can have the biggest impact on this sport on a going forwards basis. And we're trying to unleash their personalities and their brands to the world."

London was conceived as a promotion for Silverstone, and the timing of the BRDC's announcement that it was pulling out of its deal to run the British GP from 2020 onwards was unfortunate, to say the least.

However, it also meant that the demo event served as a taster of sorts for what might be possible when the current Silverstone deal runs out. The oft-mooted London GP is much more realistic now than it was in 2004, the time of the last F1 demo in Regent Street.

Changes in the law have sanctioned motorsport on public road, Battersea Park has hosted Formula E, and Mayor Sadiq Khan has said he's open to suggestions. Five years after the hugely successful London Olympic Games, it's no surprise that he'd like to see more big events in the city.

Bratches is keen to keep the door open for the current venue, but he concedes that anything is possible.

"I think Silverstone's decision to terminate the agreement has opened up a number of options for F1, which certainly includes Silverstone.

"We're going to look at the landscape and make a decision based on a number of factors that are in the interest of F1 fans.

"We're looking at all of our options. We'll flattered by the interest in our brand and our sport, and ultimately fans are going to win whatever our decision ends up being in 2020. We've got a lot of racing to do at Silverstone in between."