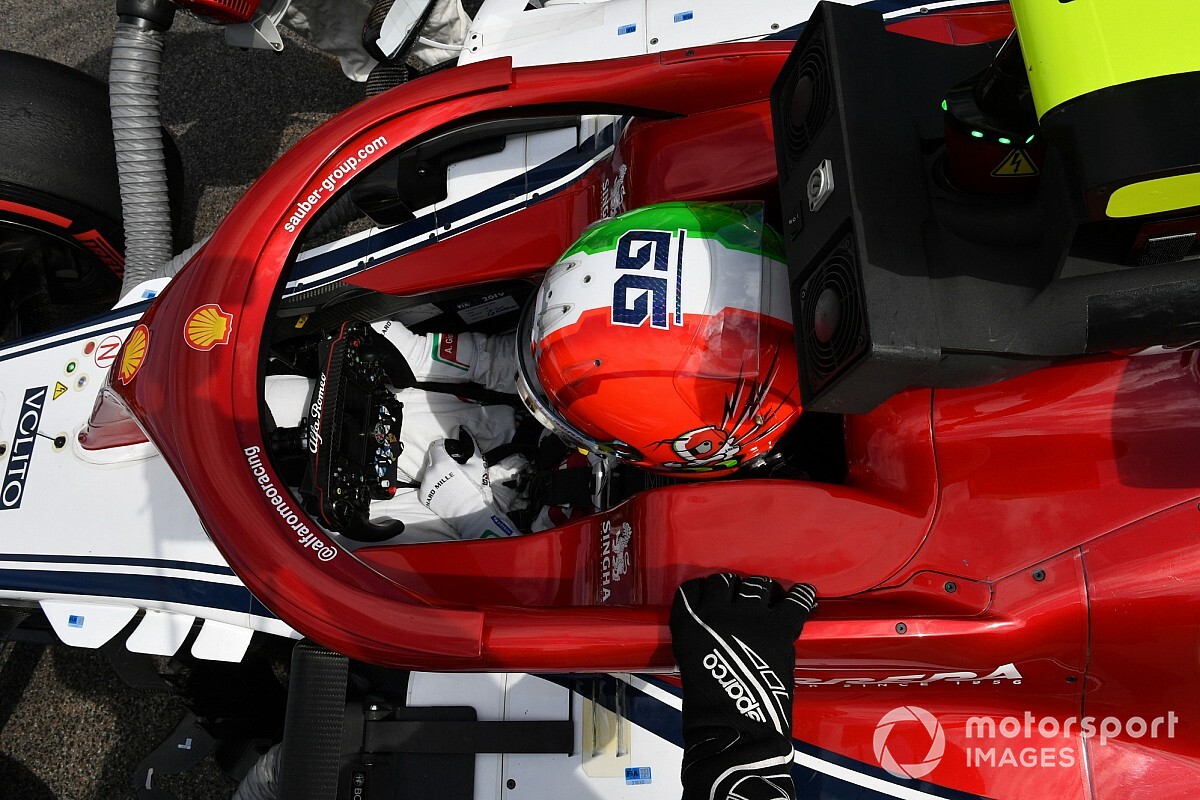 Italy’s only current Formula 1 driver Antonio Giovinazzi says he’s “a big supporter” of the suggestion that the country could host three Grands Prix in September, describing the idea as “really cool.”

Mugello and Imola are both in the running to host races after the currently scheduled Italian GP at Monza on September 6, with Imola’s boss having this week touted a triple header.

Sources suggest that it’s currently more likely that Mugello will host a race on September 13 followed by a trip to Portimao in Portugal, but Imola is not yet officially out of contention, although there are issues with the layout of its pit entry.

Both Italian venues staked their claims when they hosted F1 tests this week, with Ferrari running at Mugello, and AlphaTauri at Imola. Italy last hosted two World Championship races in 2006, the final year of Imola’s San Marino GP.

“I’m just really happy to hear this one because for me to race three times in Italy is something that will never happen again,” Alfa Romeo driver Giovinazzi told the F1 podcast. “I would be the first Italian driver to race in one year in three Italian races.

“But I’m really happy if for three weeks in a row I can race in Italy. I’m just really excited about this news. We’ll see what happens, but like I said before, I’m a supporter.”

Giovinazzi likes all three venues, and says they offer different challenges: “They are three fantastic tracks. Monza for sure I had a lot of experience there, a lot of races. It was my first Italian GP last year, so for me it’s a special track.

“Mugello, I think with this new F1 car, it’s an unbelievable track, it will be amazing to do one quali lap there. But also Imola, a lot of history, it’s a really fast track, a really narrow track as well. I just want to race on all three of them, because they are fantastic and exciting tracks.”