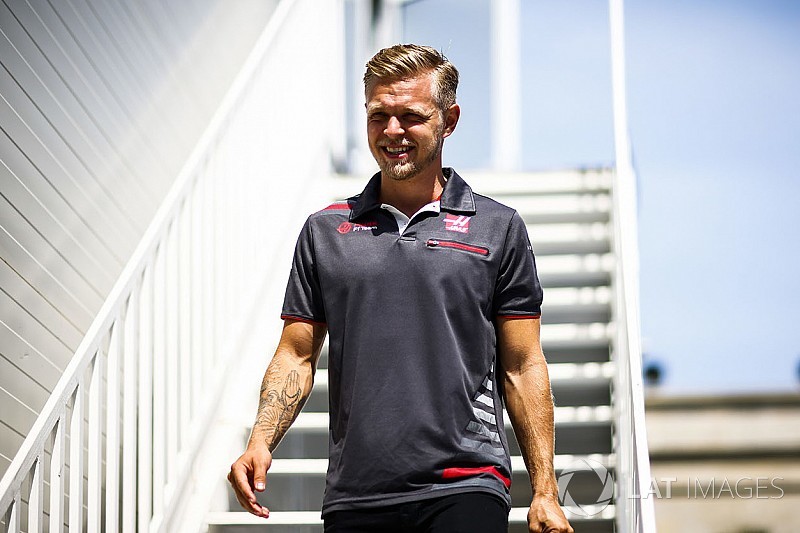 Kevin Magnussen has revealed he has apologised to Pierre Gasly ‘many times’ over their clash in the Azerbaijan Grand Prix – as he moved to clarify remarks suggesting he wanted to ‘die' in a racing car.

The Dane was accused by his Toro Rosso rival of being the ‘most dangerous’ racer he had competed against, following a high-speed brush after the final safety car restart in Baku.

Video footage of the incident released by Formula 1 chiefs afterwards showed that Gasly and Magnussen touched on the exit on the final right hand kink as the Haas driver moved over – before another near miss further down the start-finish straight.

Gasly said: “Kevin is the most dangerous guy I've ever raced with. He literally put me in the wall at 300km/h at the restart.”

Quotes that Magnussen gave in an interview to the Reuters news agency on the Friday of Baku reappeared after the race, and were linked to the Gasly incident - something which helped fuel further intrigue.

“I don’t like compromises. I will give everything,” he was quoted as saying. “I will die in the car. I won’t hold back.”

But in response to the way those comments had been interpreted and linked with what happened in the Baku race, Magnussen moved on Wednesday night to make clear he was sorry for the Gasly incident.

“The interview was done before the race in Baku and is not minded on the incident with Pierre in the race,” wrote Magnussen. “I didn’t squeeze Pierre on purpose and have apologised to him many times over the incident.”

He added: “I don’t want to die in a race car. I was expressing my willingness to give absolutely everything in my power to achieve success. Success to me obviously isn’t having accidents or getting penalties but finishing races in as high a position as possible.”

Magnussen went on to say that he was so committed in F1 simply because he was so determined to succeed.

“I am living my childhood dream of racing in Formula 1 and I’ve put my whole life into achieving that dream,” he said.

“It is only natural for me to be giving absolutely everything I’ve got, to achieve success in racing and the day I no longer do that I will retire from racing immediately.”

Double points should be dropped for 2015, says Wolff