The Netherlands Grand Prix Foundation expects to resume negotiations with Formula One Management regarding a potential Dutch Grand Prix at TT Circuit Assen, now that a period of exclusivity in talks with Circuit Zandvoort has ended. 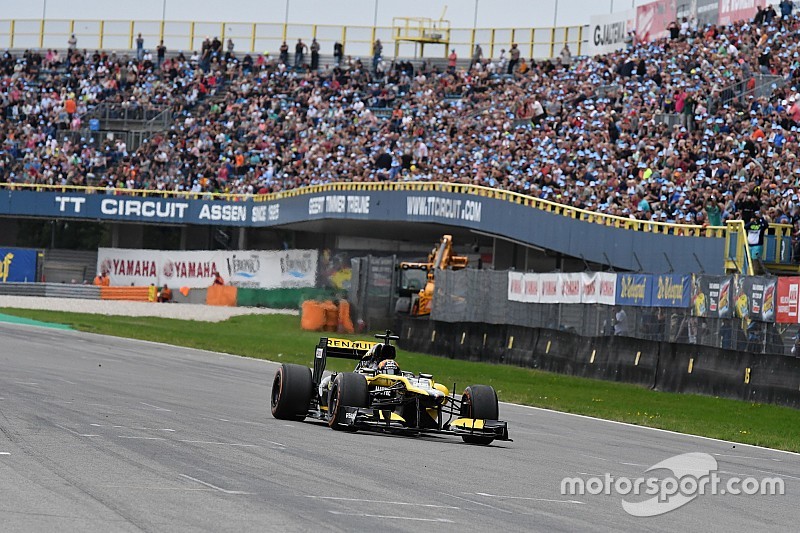 According to the designated promoter for an F1 race at the legendary MotoGP track, everything is in place to sign a contract for 2020, if Zandvoort is not able to seal the deal.

On Sunday an exclusivity period negotiated by Circuit Zandvoort came to an end, and when asked by Motorsport.com if he’s already been in touch again with FOM, Assen promoter Lee van Dam replied: “Not yet, but that will happen.

“We will meet on Thursday and then we will see what our next step will be. But we know we can get back to work. Possibly there are still chances to bring Formula 1 to Assen.”

Van Dam believes that no comment from Formula 1 concerning a potential race at Zandvoort is favorable for the chances of Assen.

“For me, personally, that says something. I think that if a deal was closed, they would have announced it, like they did a few months ago with Vietnam.

“They were very proud that a contract was signed and immediately made an announcement. I have the feeling that Zandvoort has not closed a deal yet, and as long nothing has been finalized, there are chances for us.”

Zandvoort got preference over Assen for historical reasons, as the track situated west of Amsterdam has hosted grands prix in the past. FOM agreed an exclusivity period to help Zandvoort find the necessary funding for a race.

Despite the exclusivity period granted to its rival, the Netherlands Grand Prix Foundation has continued to work on F1 plans in recent months.

Van Dam added: “[It’s been] full throttle. We have an entire business plan in place, the TT Circuit will start a renovation in early October, we travelled to talk to parties and we had parties come and visit us. We said to ourselves that we will continue to work full throttle up ’til the moment they say stop or if they have given us the green light.”

Van Dam is clear of Assen’s commitment to hosting a grand prix, stating: “If we are presented with a contract, we will sign it immediately.

“Of course it's up to Formula One Management. They are real gentlemen, so they will first wrap everything up with Zandvoort.

“But maybe I'm wrong and Zandvoort is already a lot further and they only need to work out a few details before they can sign. That all of a sudden they will come out with news tomorrow morning. That could happen. That would change the situation.”

Five megastars who – like Alonso – couldn’t stay away from F1

My job in F1: The team manager

My job in F1: The TV cameraman