Aston Martin Formula 1 team boss Mike Krack says that the Silverstone outfit has to get a quick understanding of its latest upgrade package heading into this weekend’s Austrian GP.

All teams that brought new parts to last weekend's British Grand Prix had a limited chance to acquire knowledge of them because FP1 and qualifying were both wet, while Aston also lost dry running with floor issues.

The big challenge at the Red Bull Ring is that it is a sprint weekend, so teams have only FP1 to find a working set-up before going straight into qualifying later on Friday.

Krack admits that the team needs to find out more about the potential of the latest package not just for the Austrian weekend and the races that soon follow, but also to aid with planning for next season.

"It is very important, because you will know where we are in the championship," he replied when Motorsport.com asked about the upgrade package. "And we need to carefully weigh cost cap for the upgrades, and AMR23.

"So it will be super important and super critical to find out where we really are. And then extrapolate obviously, what can we achieve with the package that we have? Or what further steps do we have to do?"

Asked if it was a case of the cost cap dictating whether to spend now on upgrades, or hold them for 2023, he said: "Yeah, it is that simple. The continuity helps.

"And that is why [rule changes F1 is pushing for next year to cure porpoising] is not really desirable. 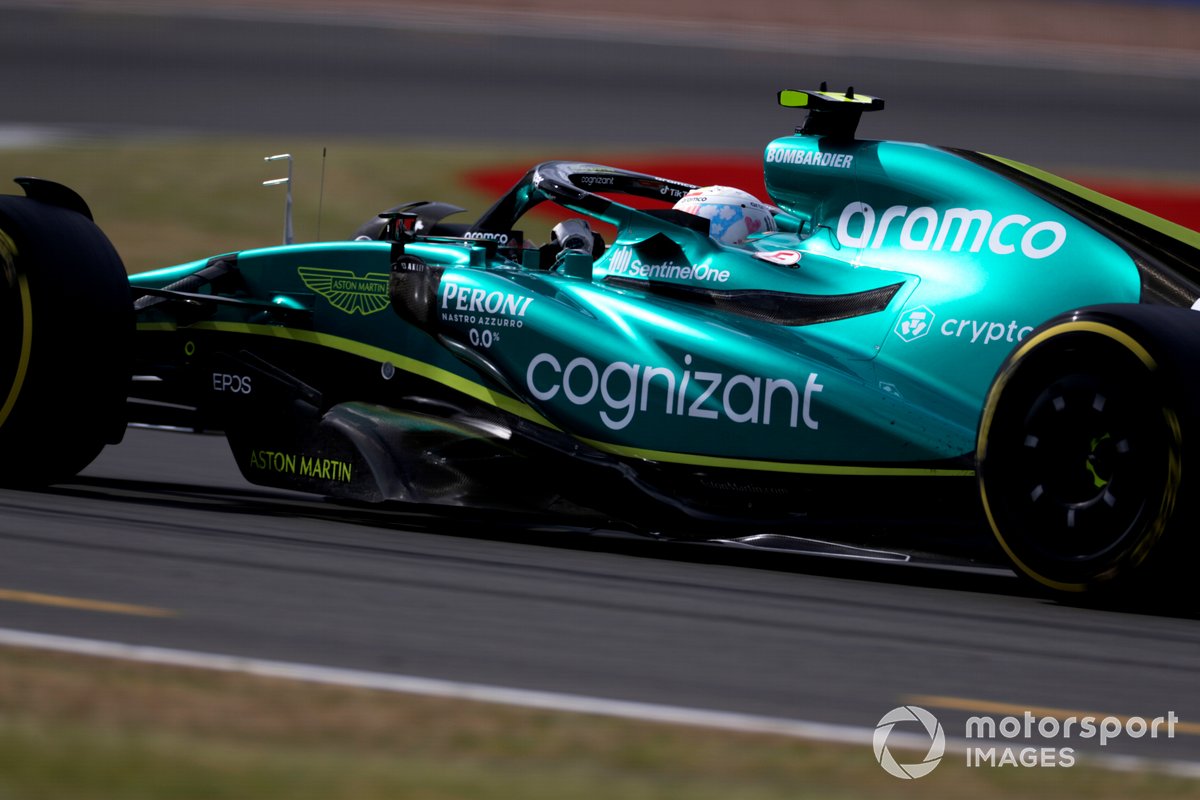 "Let's say we find an improvement, and we cannot afford it anymore. Then we have to delay it to next year.

"But vice versa, if you can still afford it, you take something that you put now that you can also take into the next year, whereas when the rules change, you can't."

Krack acknowledged that along with the rain at Silverstone, reduced mileage in FP2 due to floor issues had also made life difficult for Aston as the team tried to tune its car around the new parts.

"Well, we need to do proper analysis," he said.

"Because on Friday, we had issues with the weather in the first session, and in the second session we had some issues with reliability, we had the cars in the garage for a long time having to repair some of the floor.

"So we didn't really have a read on Friday, and then on Saturday morning you just have a couple of runs and some test items, because we have the sprint next week.

"So there is nothing we can test because we have to prepare the qualifying straightaway."

The team had another difficult wet qualifying session at Silverstone, after also struggling in Montreal.

Both cars were eliminated in Q1, with Sebastian Vettel 18th and Lance Stroll slowest of the 20 cars.

"It goes a little bit with the whole understanding of the car," said Krack.

"Just to give you an example, when you have this high porpoising, you put a lot of energy in the tyres. If you don't, you don't. So it changes completely the way you have to set up the car, in the dry and in the wet.

"And there are a couple of points there where we need to understand. There might be side effects that we are not on top of.

"Because if you look back, we had some races where we were very strong in the wet. And we have now two sessions where we were not, and this to be honest, we don't really understand yet."

Alpine has "absolutely no worries" of trouble with Alonso during 2022

How Aston Martin pulled off its shock Alonso F1 deal