Auer to test for Force India in Hungary 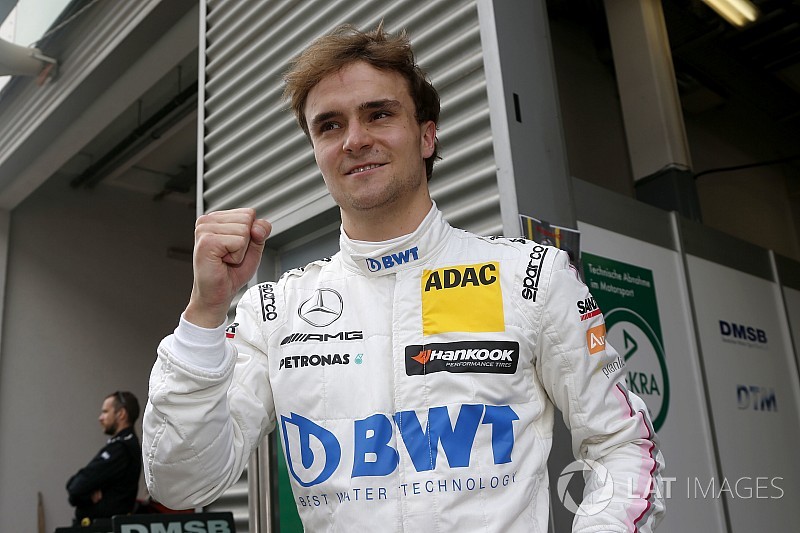 DTM frontrunner Lucas Auer will drive the Force India VJM10 in Formula 1 in-season testing at the Hungaroring, the team has confirmed.

The test will mark the 22-year-old Austrian's first run in Formula 1 machinery.

"Really exciting news - the most beautiful moment of my life," said Auer, who is the nephew of grand prix winner Gerhard Berger.

"For me, it's a childhood dream come true to drive an F1 car for the first time. I'm particularly proud that this will happen with Sahara Force India - a top Formula 1 team."

Auer, in his third season of DTM competition with Mercedes, currently sits in second place eight races into the 2017 campaign, as he trails championship leader Mattias Ekstrom by just two points.

He had moved to the German touring car championship back at the start of 2015, after three years in Formula 3 racing – during which he became runner-up in German F3 and finished fourth twice in European F3.

During his DTM career so far, the Austrian's car has carried the colours of the Best Water Technology Group, a company that also now acts as the livery sponsor for Force India.

Joining Auer for the two-day event will be Force India development driver Nikita Mazepin, who took part in the post-British GP test with the team last year.

The 18-year-old, who was formerly runner-up in the karting world championship, currently sits 15th in the standings in his second campaign in European F3.

Mazepin and Auer will drive the VJM10 for half a day each on both days of the August 1-2 test.

"We are pleased to be running two talented youngsters at the Budapest test," said team owner Vijay Mallya.

"We already know Nikita well and giving him time in the VJM10 is the next stage in his development programme with us.

"I'm delighted to welcome Lucas to the team and will follow his progress closely. It's always a special moment when a driver gets to experience an F1 car for the first time and I'm pleased Lucas can make his debut in one of our cars."