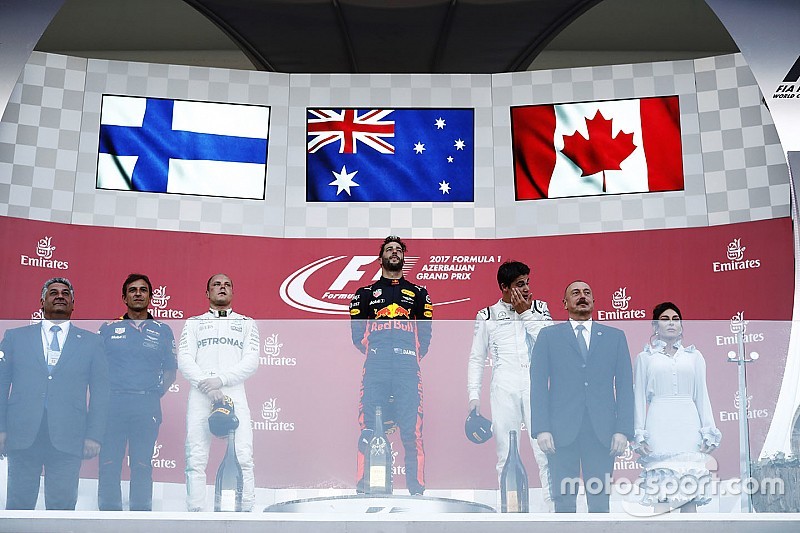 Has the Baku race already been given too much pressure to entertain? Or can it deliver another oddball Grand Prix?

With the majority of Formula One races in recent years featuring some combination of Ferrari, Mercedes and Red Bull drivers on the podium, the sport has lacked surprise  visitors to the rostrum.

The only driver from outside the top three teams to register a podium finish in 2018 was then-Force India racer Sergio Perez, who took third at a chaotic Azerbaijan Grand Prix.

Prior to that, the previous two occasions where a non-Mercedes, Ferrari or Red Bull driver secured a top three finish were the Baku races of 2017 and 2016.

Perez was once again flying the flag for the midfield teams in 2016 with a third place, and Lance Stroll repeated the feat for Williams in 2017, taking his first Formula One podium.

Whilst Formula One is working away in the background to try and solve it's own issues of how to bring the field closer together and improve racing, the Azerbaijan Grand Prix has become one of the more anticipated events of the year.

Added to the usual risk associated with street circuits, the track layout is very much a 'tale of two halves', combining one of the tightest, twistiest sections on the calendar with one of the fastest. Sector three is almost-entirely flat out, featuring most of the mighty 2.2km-long run to the start-finish line.

The required balance in setup only helps to promote overtaking in the two DRS-assisted straights. Such is the greatness of the slipstream effect, it's one of the crazier venues for a safety car restart. Big braking zones into turns one and three add further invites for overtaking.

After the Chinese Grand Prix was unable to live up to last year's event, can the race in Baku fill the gap left by 'F1 1000'?

What are your predictions for this weekend's Azerbaijan Grand Prix? Leave your thoughts in the comments section below.

Williams has no "clear solution" to car differences