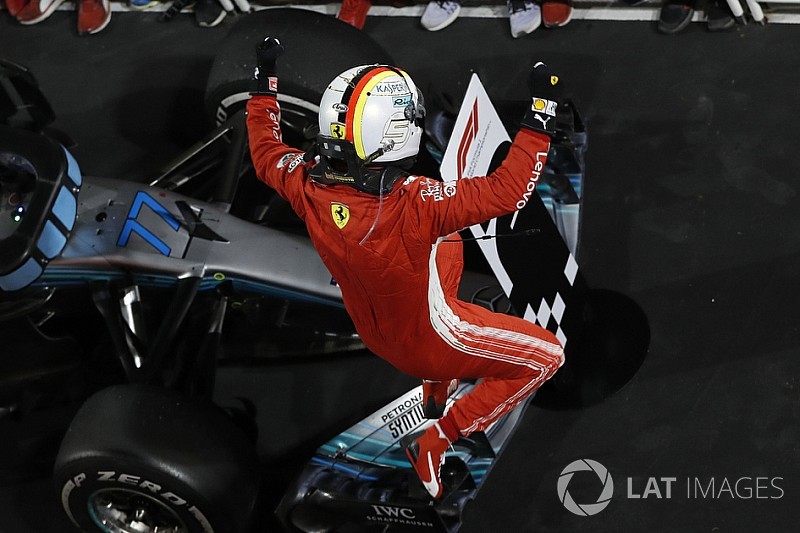 All important statistics and figures from the second round of the 2018 Formula 1 season, the Bahrain Grand Prix. 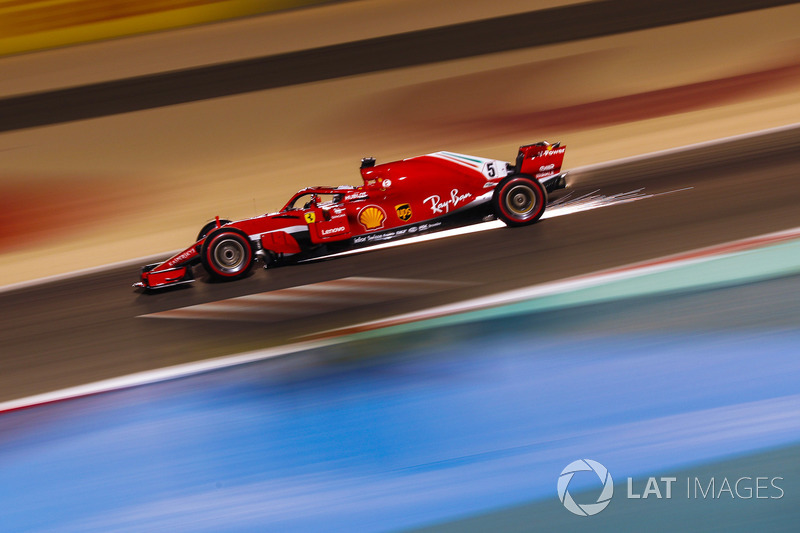 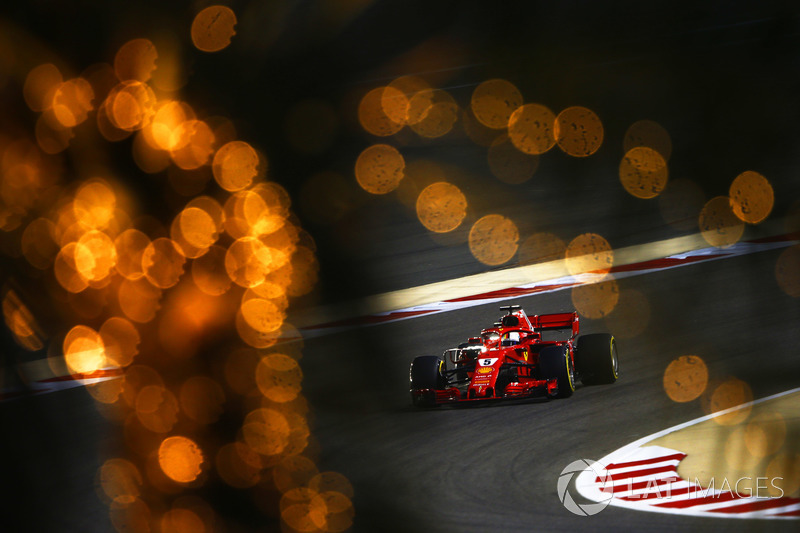 And he did so by setting a new lap record, a 1m27.958s. He beat the previous best record, held by Valtteri Bottas, by just less than a second. 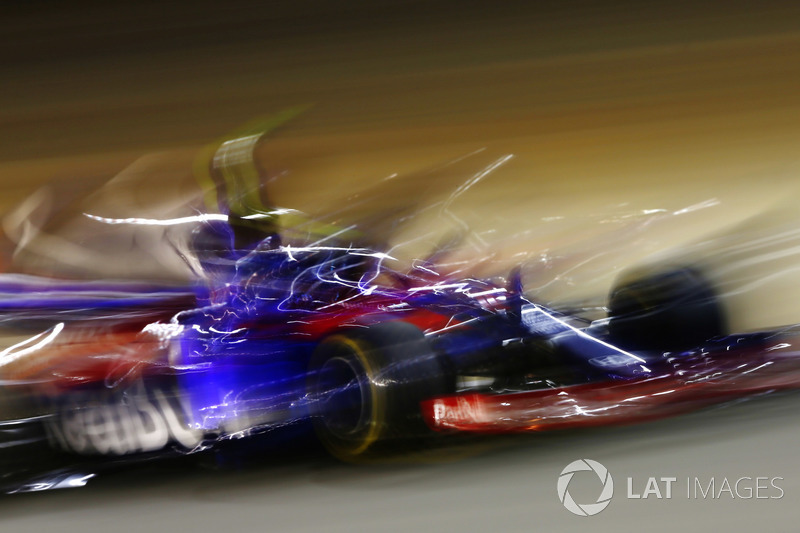 By qualifying in sixth position and moving up once places because of Lewis Hamilton's penalty, Pierre Gasly gave Toro Rosso its best starting position since the 2016 Australian GP, where Max Verstappen also started fifth. 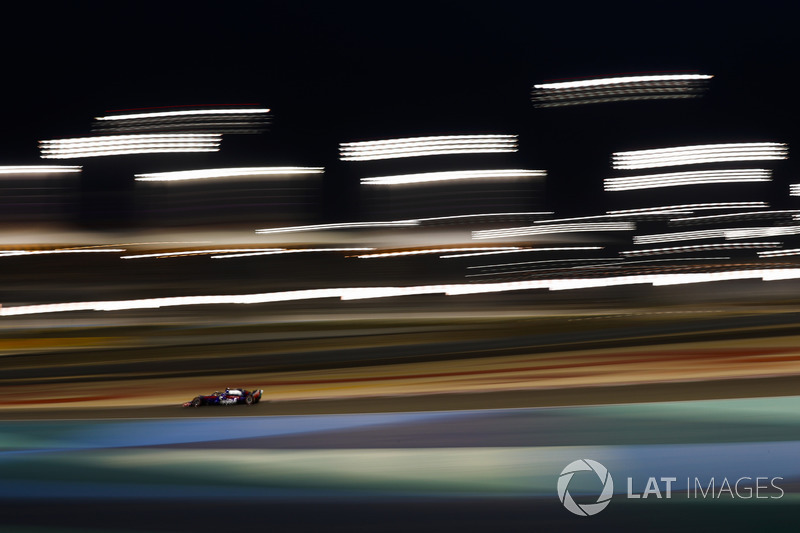 Brendon Harley just missed out on Q3, but 11th was still his best qualifying position in his short F1 career. 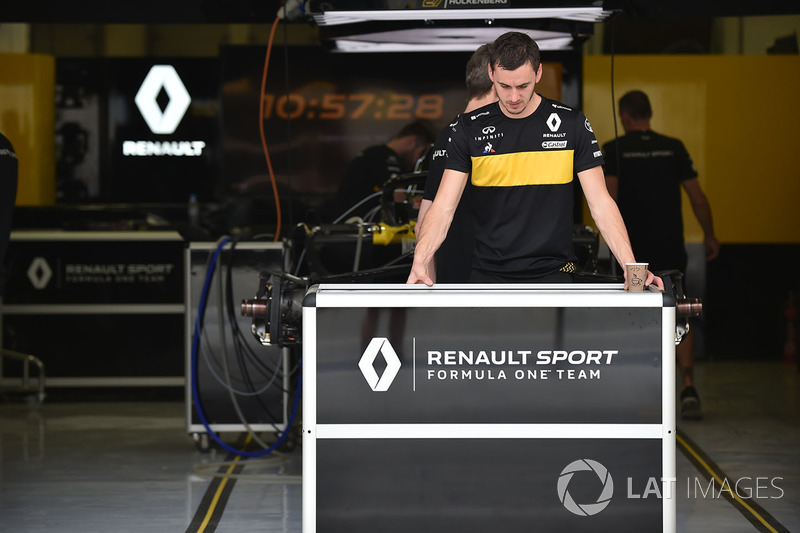 The Bahrain GP marked the 600th race for Renault as an engine manufacturer. 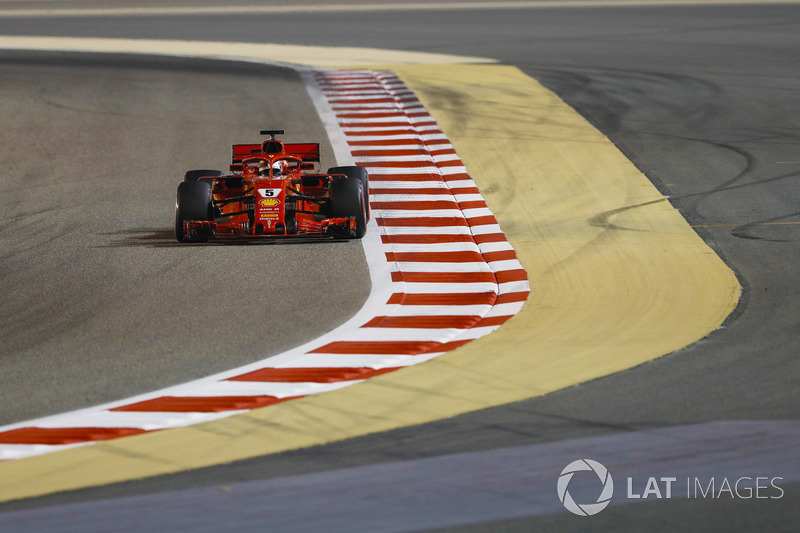 Vettel started his 200th F1 race in Bahrain, becoming the 18th grand prix racer to start that many races. 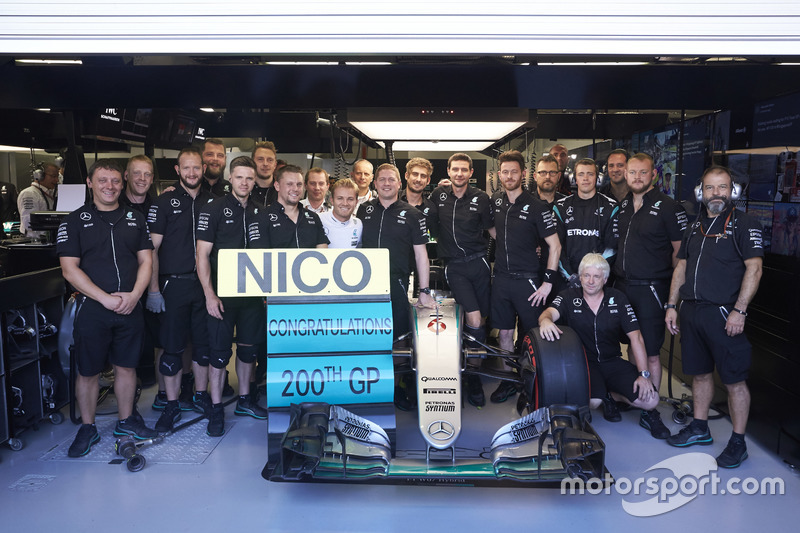 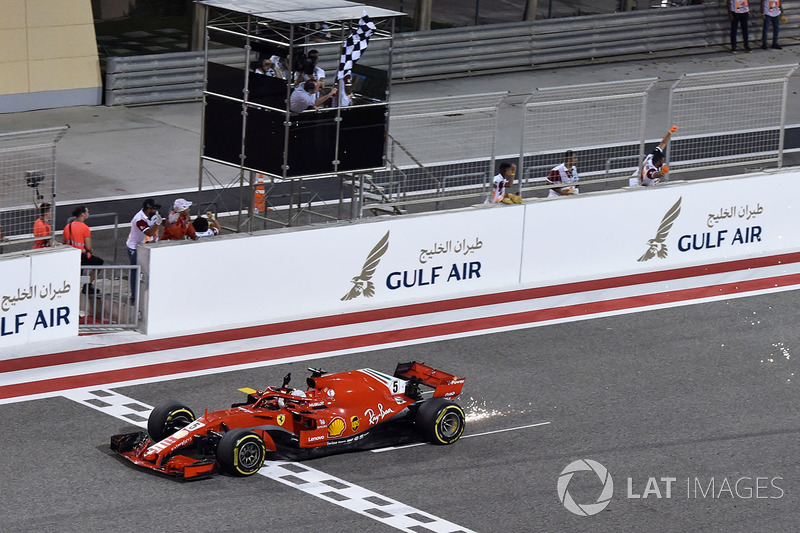 It was Vettel's 49th victory in F1, putting him just two race wins behind Alain Prost's tally of 51. Also, Bahrain GP marked Ferrari's 231st win as a constructor and 232nd as an engine manufacturer. 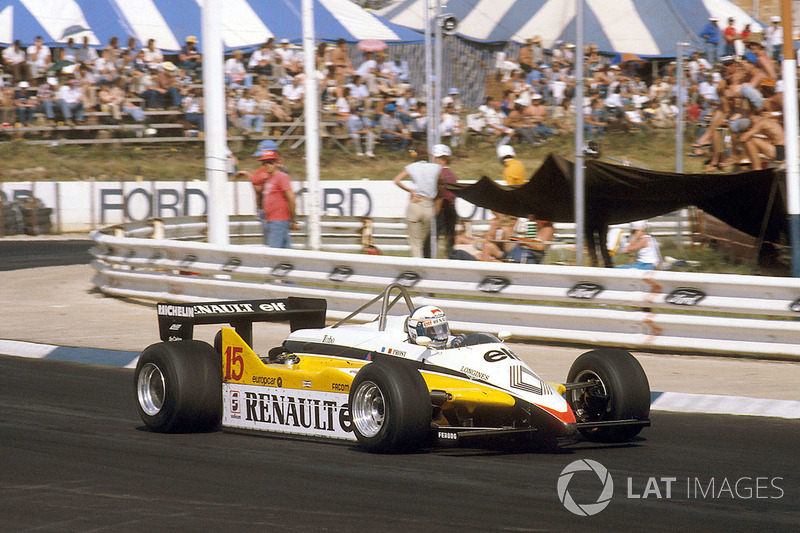 Vettel has won the opening two races of the 2018 F1 season. 1982 was the last year a driver (Prost) started the season with two wins, but didn't go on to win the title. 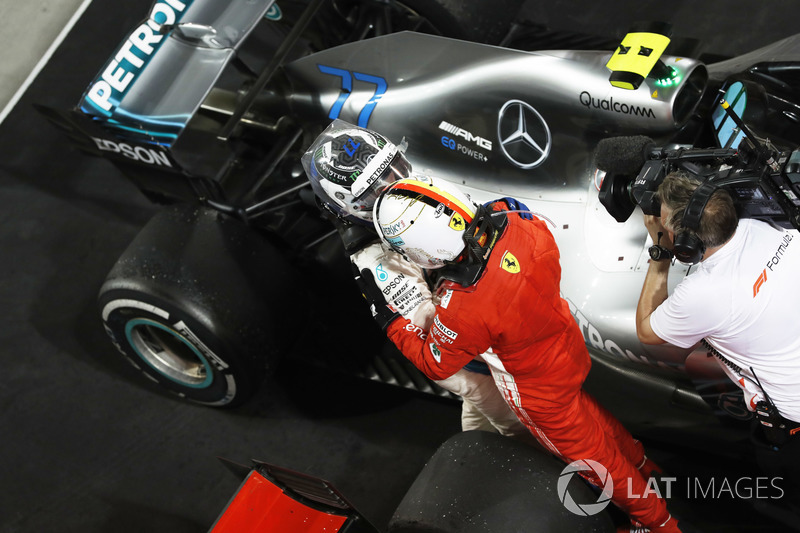 For the third time in 12 months, Vettel and Bottas finished in first and second positions (in any order) and within six tenths of each other. Bottas won from Vettel in Russia (0.617s) and Austria (0.658s) last year. 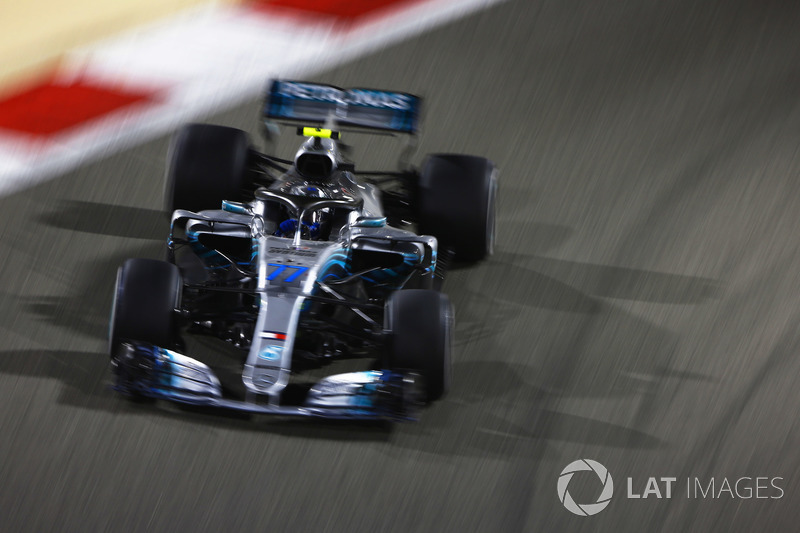 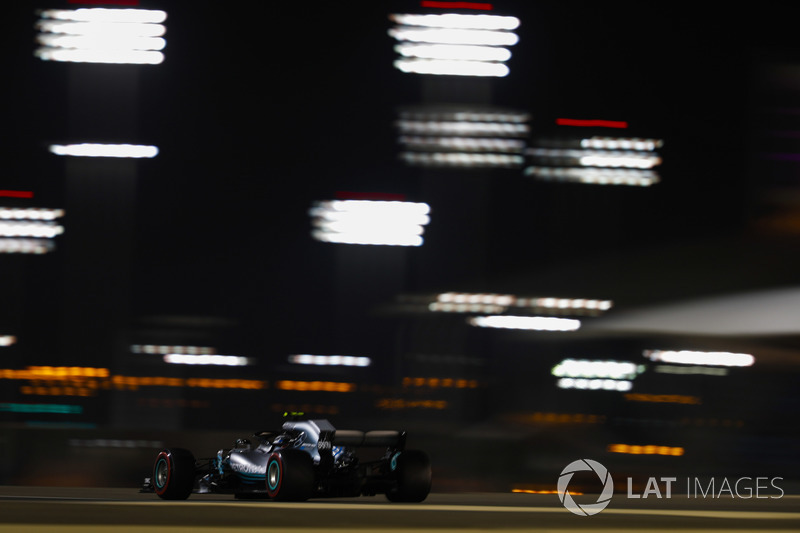 Although Bottas didn't manage to pass Vettel, he did set the race's fastest lap - the fourth of his F1 career. 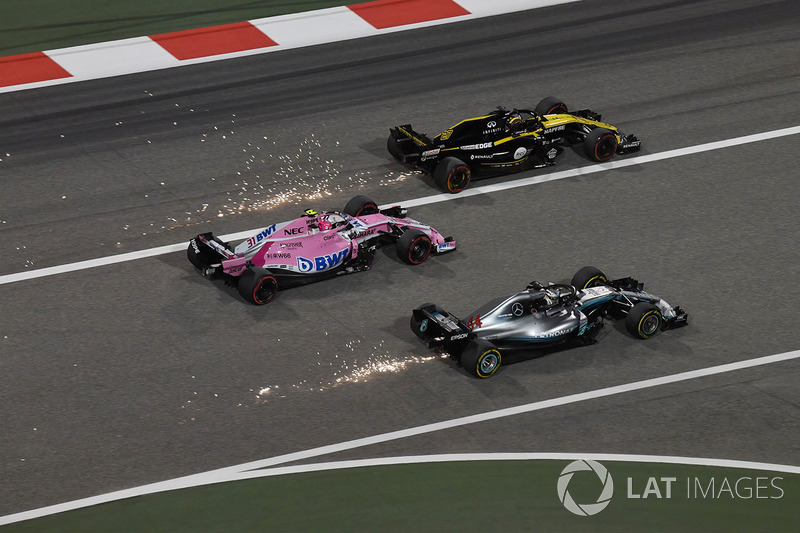 Hamilton originally qualified fourth but was forced to start from ninth due to a five-place grid penalty. He has started a race from ninth seven times in the past, but only managed to convert it into a podium once before (Austria 2014). 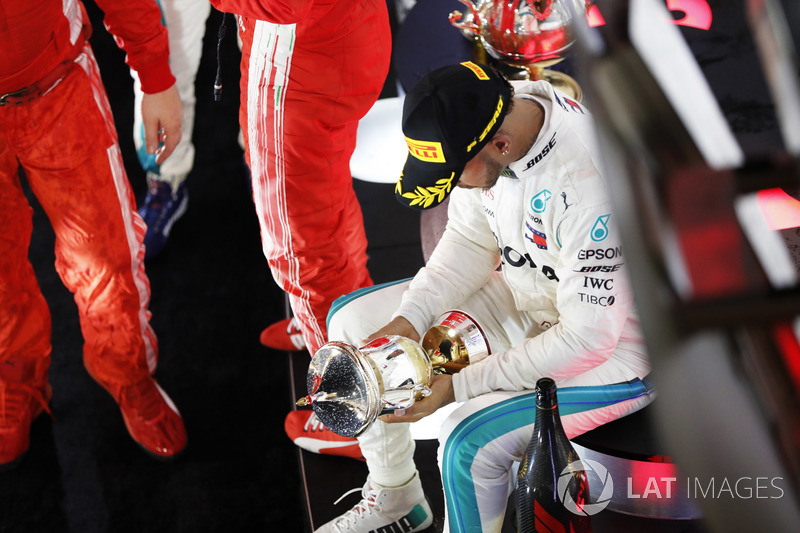 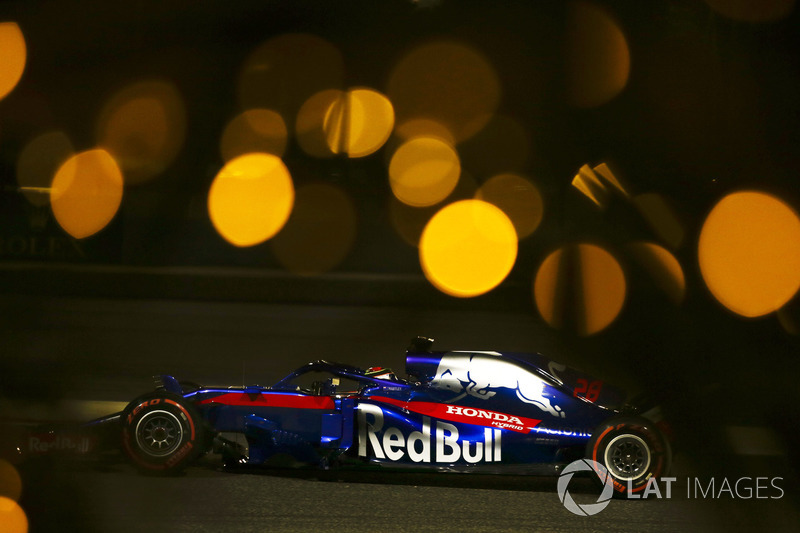 After starting from fifth, Gasly scored his best ever F1 finish in fourth. 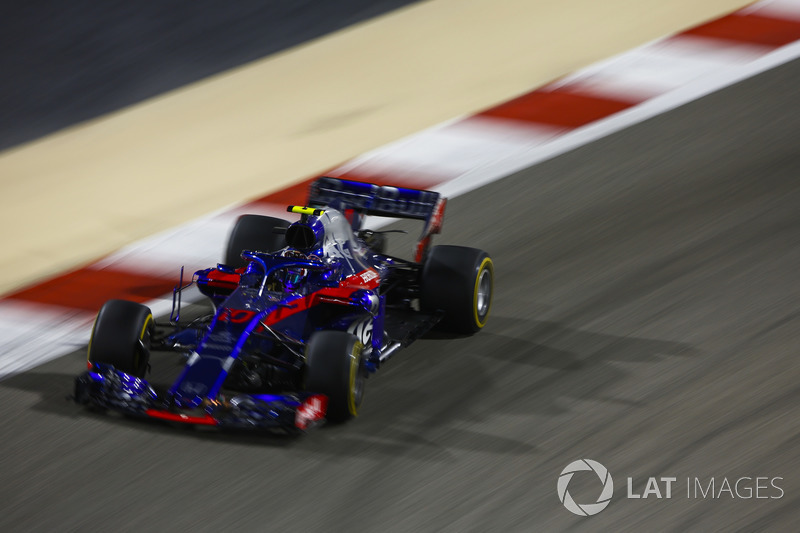 It was Toro Rosso's joint second-best result in F1 after Vettel's famous victory at Monza in 2008. Previously, Vettel (China 2007 and Brazil 2008), Verstappen (Hungary and US 2015) and Carlos Sains (Singapore 2013) have finished fourth in a Toro Rosso. 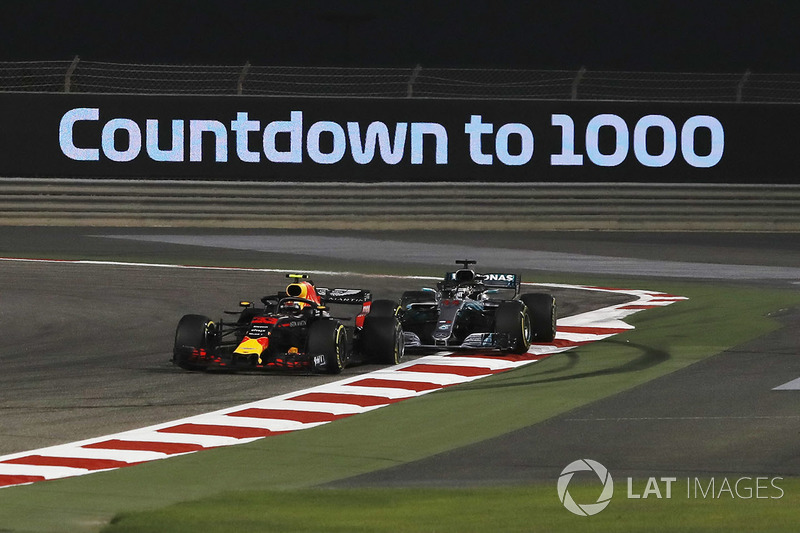 Despite early contact with Verstappen, Hamilton managed to finish the race and secure his 27th consecutive points result. He has now matched the all-time record, set by Kimi Raikkonen between Bahrain 2012 and Hungary 2013. 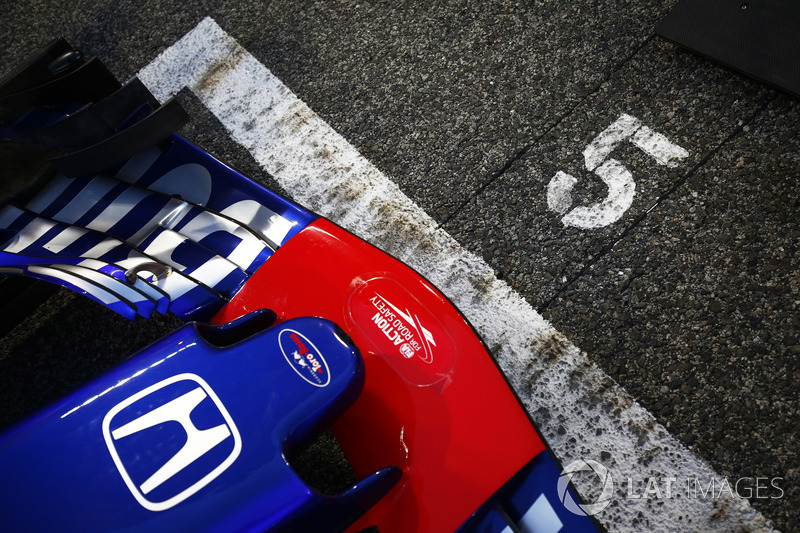 Fourth place is also Honda's best result in F1 since returning to the sport in 2015 as an engine manufacturer. The Japanese manufacturer's most recent partnership with McLaren only yielded two fifth place finishes - Hungary 2015 and USA 2016. 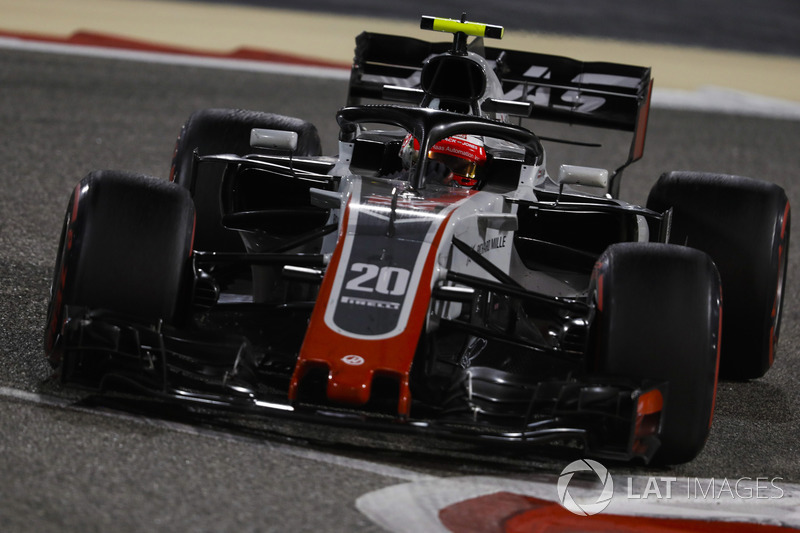 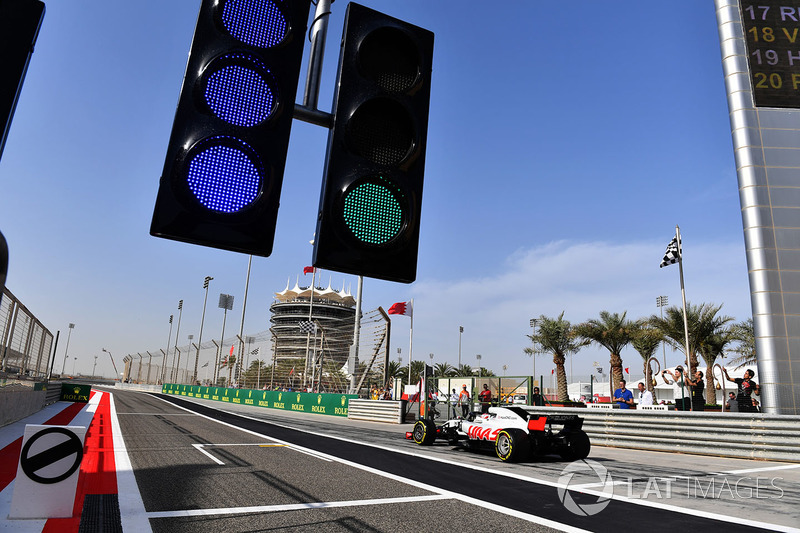 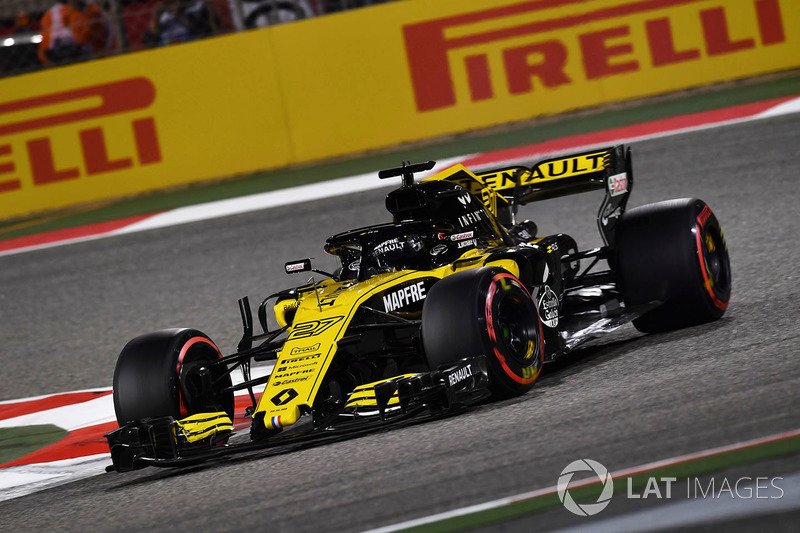 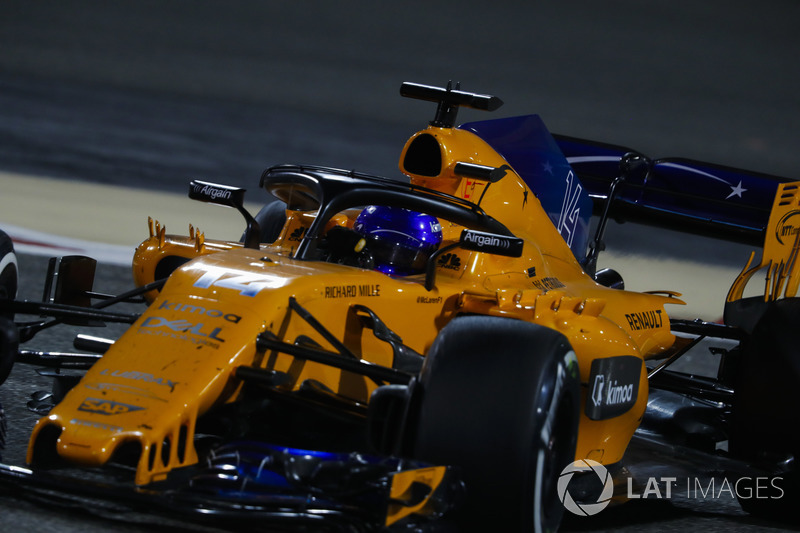 With seventh position, Fernando Alonso scored his fifth consecutive points finish. The Spaniard hasn't had a run of five straight points result since 2014, when he was racing with Ferrari.

Fernando Alonso, McLaren and Stoffel Vandoorne, McLaren on the grid 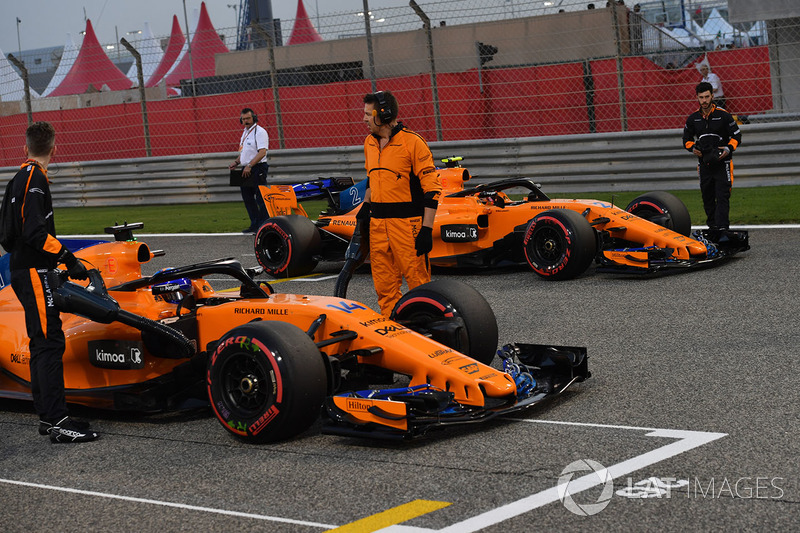 Stoffel Vandoorne came home eighth, ensuring back-to-back double points results for McLaren. One will have to go back to 2014 to find the last time McLaren had both cars in points for consecutive races. 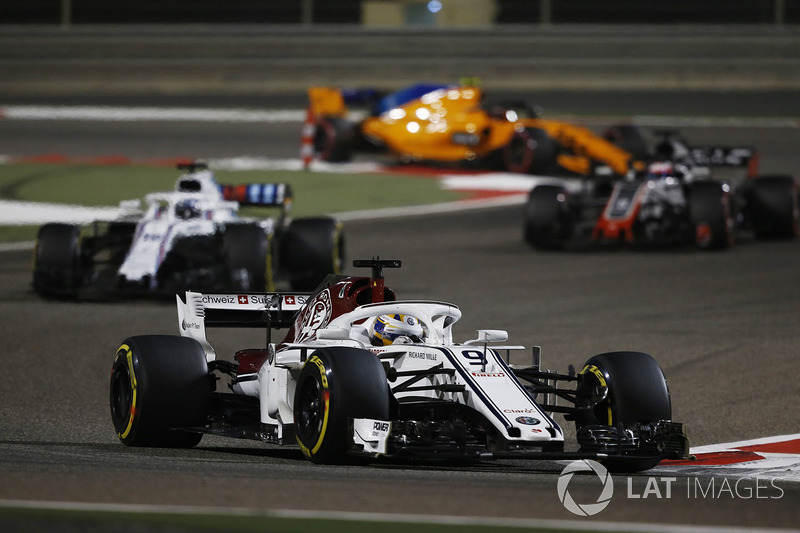 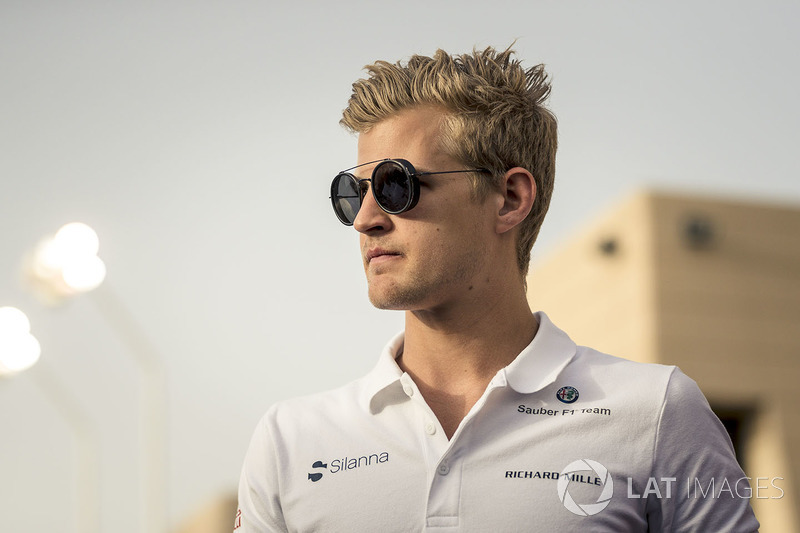 Prior to Bahrain, Monza 2015 was the last race in which Ericsson scored points. Hence, the Swedish driver managed to end a run of 49 races without points. 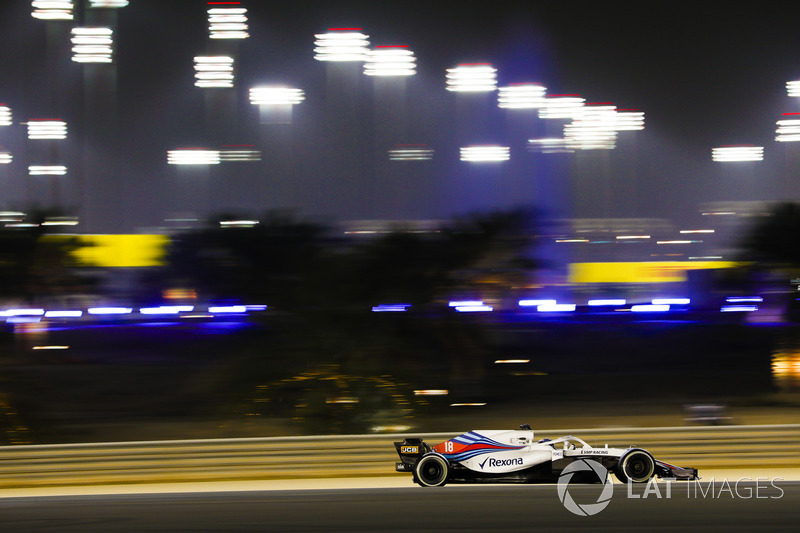 2013 was the last season in which Williams failed to score points in the opening two races of the year.

How Honda plans to build on F1 breakthrough

Ranking all F1 teams after the Bahrain GP