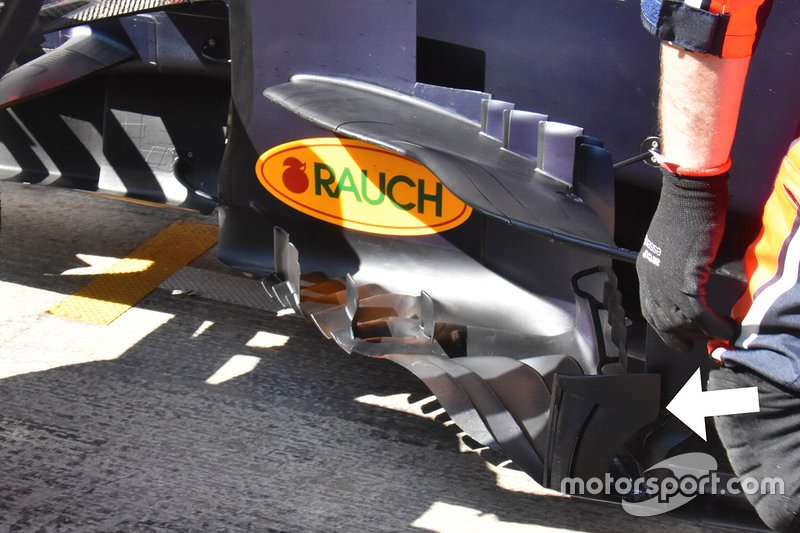 A close up of the RB15’s bargeboards and more importantly the sidepod deflector (arrowed), which now features a pair of vertical slots. 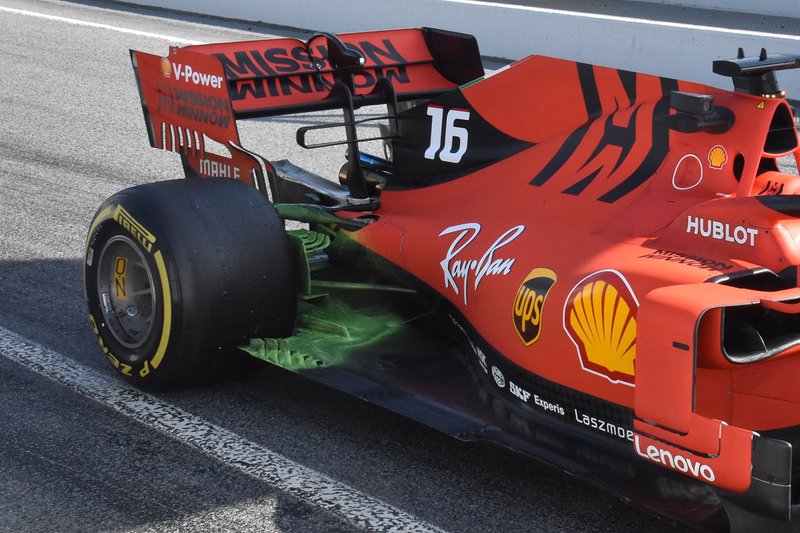 Ferrari introduced a new floor for the third day of testing, which incorporated the vertical fins atop the longitudinal slots that we saw it trial at the tail end of last season. In order to assess their impact and verify it's having the intended effect, the team sprayed flo-viz paint on the floor around the rear tyre. 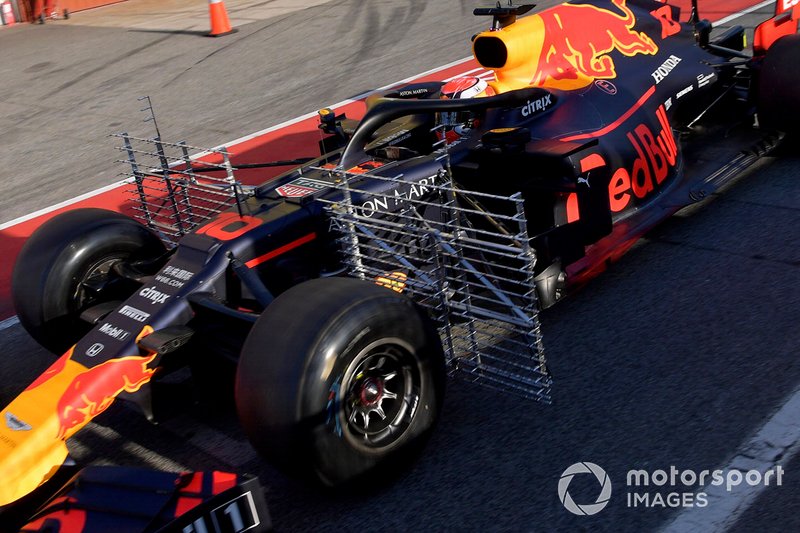 Red Bull outfitted the RB15 with Kiel probe arrays behind the front tyres during phases of the third day as it gathered data on the flow field in that region. 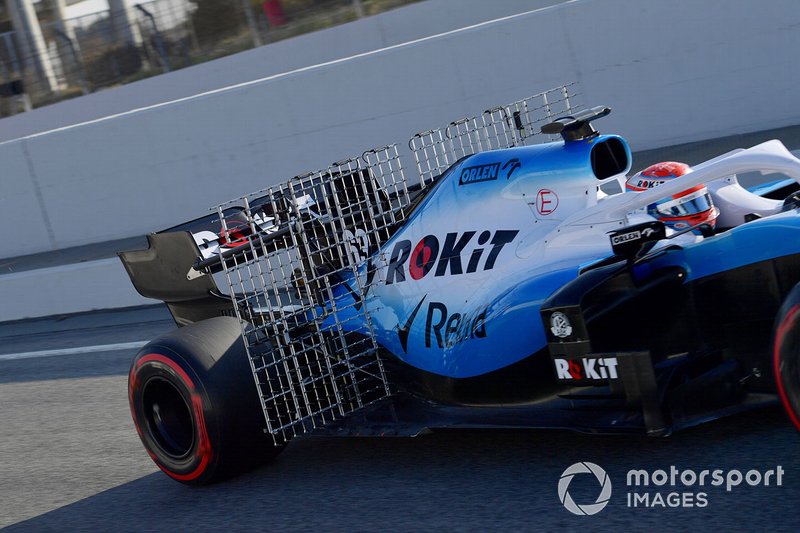 Williams ran a huge Kiel probe array across the back of the FW42 used to measure flow around the sidepods and engine cover. 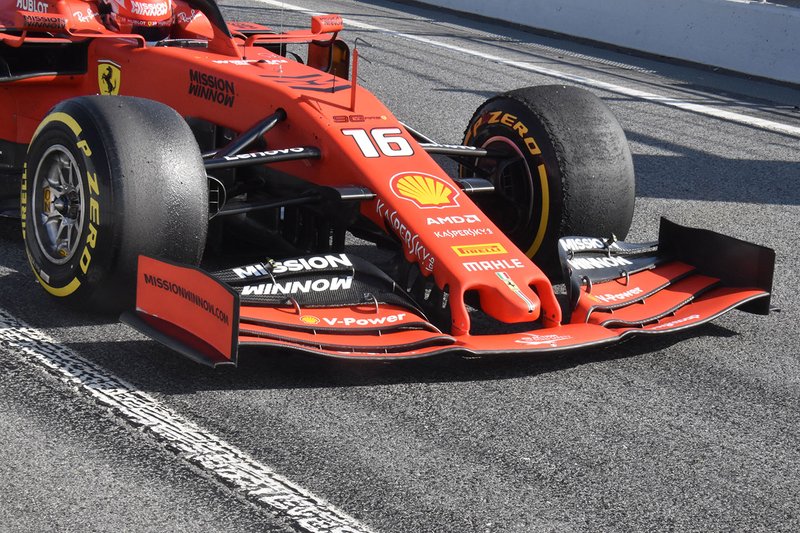 From this picture it’s apparent just how out-turned the front wing endplate is on the Ferrari SF90. 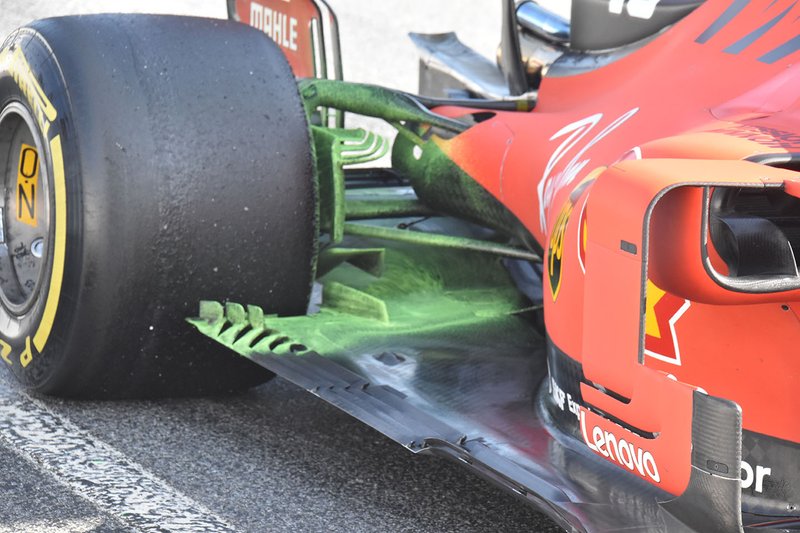 A close up of the area surrounding the rear tyre which Ferrari painted in flo-viz to verify it was performing as expected. 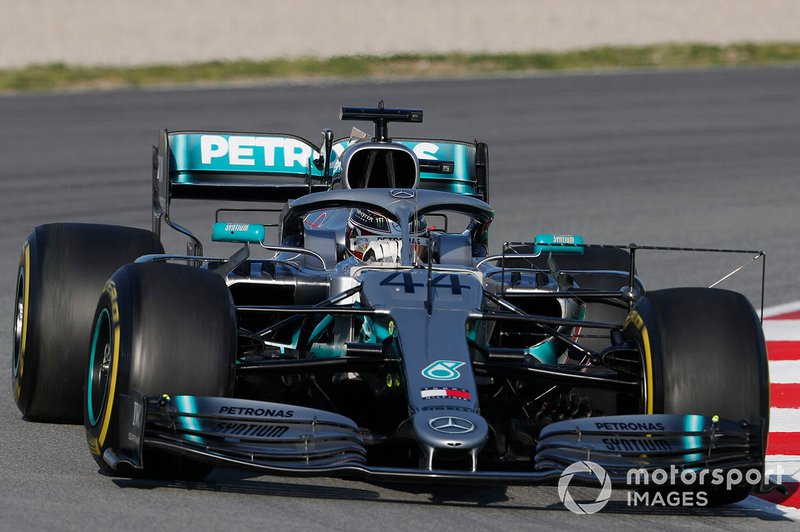 Mercedes outfitted the W10 with a Kiel probe array behind the front tyre in order to measure and assess the wake turbulence created by the front tyre. 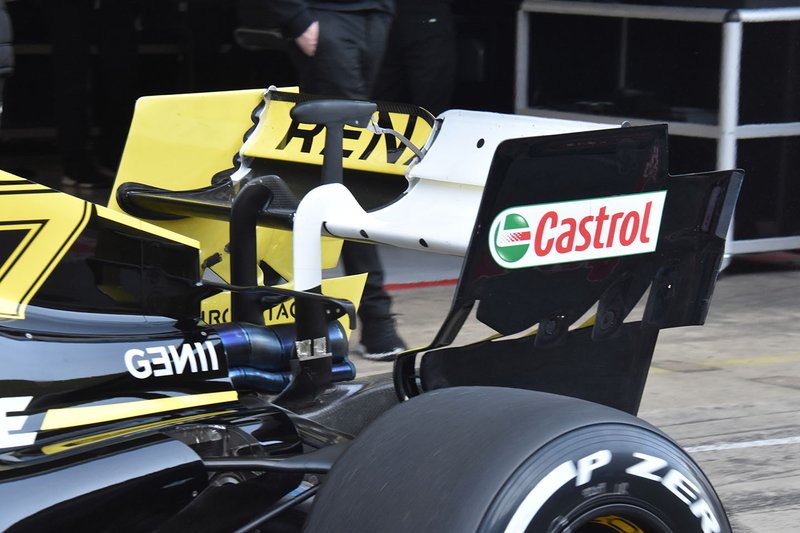 Renault followed up its front wing test yesterday with another today, this time at the rear of the car. Like that conducted at the front of the car, the team finished the surface in a different coating and embedded additional sensors in the wing itself. 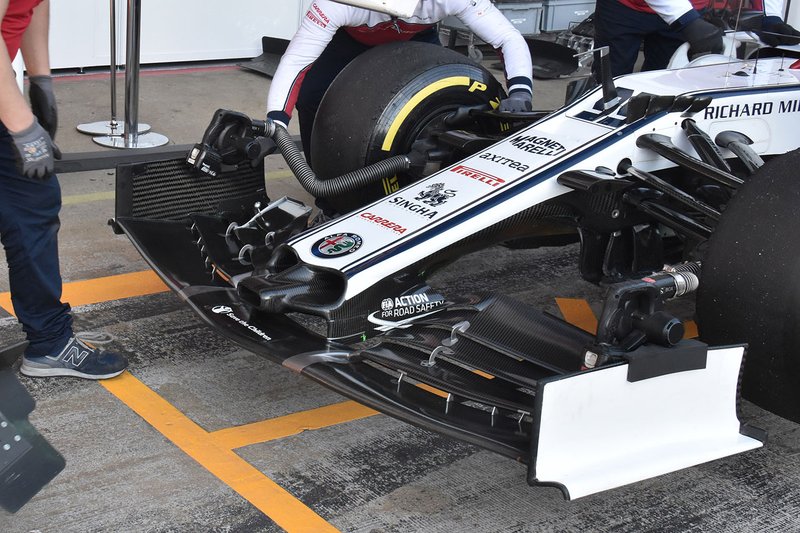 Another look at the Alfa Romeo C38’s front end, note the vertical fins that flank the nose and chassis transition.

Giorgio Piola and Motorsport Images bring you the Formula 1 technical images available from the third day of the final test at the Circuit de Barcelona-Catalunya.

The real reason why Williams ended up so far behind

Testing verdict: Why Ferrari can go even faster