Ferrari continues to test new parts on the SF16-H as it not only looks for more performance for this season but also investigate their effect on the 2017 challenger.

In recent races the Scuderia has been particularly proactive when it comes to changing aerodynamic structures underneath the nose and chassis, with the re-introduction of more complex turning vanes and a 'bat-wing' being used by the team in Japan, having used such appendages late on in their 2015 campaign.

This area of the car is now part of an intense development battle for the teams, having been started by Mercedes with the 'bat-wing' back in 2014.

That design saw wings mounted astride the ride height sensor to create an aerodynamic structure to redirect other flow structures, such as the Y250 vortex more favourably.

Many other similar solutions have cropped up since, with Red Bull the first to blink, using a 'gull-wing' that straddled the ride height sensor and joined with the trailing elements of the turning vanes.

When the RB12 broke cover it was immediately obvious that its design team had decided to try something different, with a winglet mounted astride the splitter instead.

Although the aerodynamic intent is similar the movement of the winglet to this lower position clearly has an impact on how the Y250 and other vortices are manoeuvred. 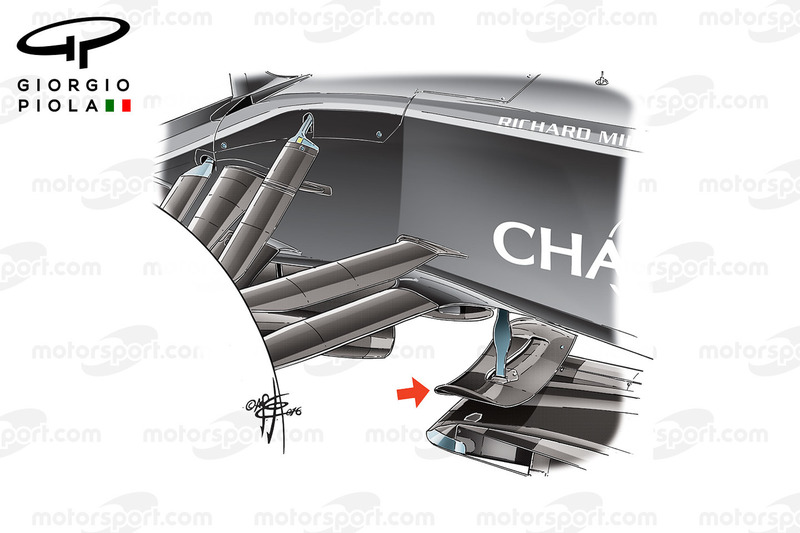 McLaren installed its own version of the splitter winglet back in Germany (above) and now it seems that Ferrari has also decided to try an appendage in that region too. 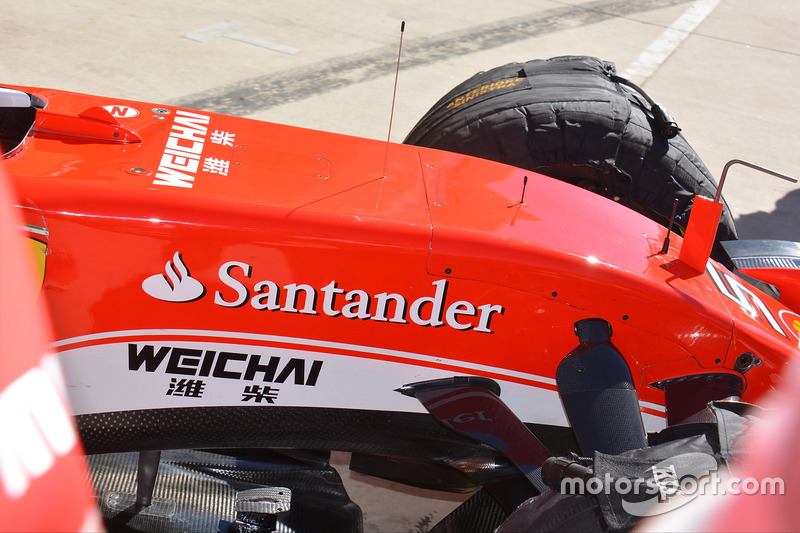 Sebastian Vettel's SF16-H was outfitted with such a winglet for FP1 in Austin, but it made a bid for freedom stage right as the German ran over the kerbs at turn 19 trying to wrestle with the steering wheel with one hand, whilst holding a wing mirror that had become detached in another.

The image above shows the mounting stalk left behind on top of the splitter when the winglet vibrated off the car as it straddled the kerbing.

The various solutions being tested by Ferrari over the latter part of the season are an indication of the work that will need to be done by all the teams next season, as the length of the nose is increased by 200mm and the shape of the Y250 vortex is amended.

US GP: Rosberg quickest in FP2, Ricciardo close behind