Red Bull may still be struggling to compete directly with the top teams due to its power unit deficit but that doesn't stop it from trying to marginalise it.

The RB12 is still revered as one of the lead chassis' in the field, with much of its performance generated by the underfloor.

As such, it has for some time now sacrificed peak downforce in order to reduce the drag penalty. 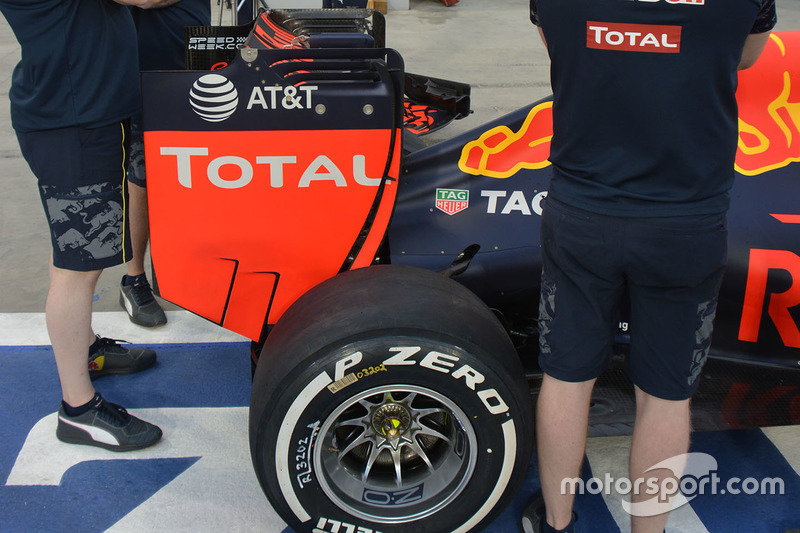 The rear wing is one such avenue where it can make changes to reduce drag, assisting where the power unit lets it down.

In Australia and again in Bahrain the team has outfitted the RB12 with only three rear wing endplate louvres, one of which, unique to Red Bull, is conjoined with the leading edge tyre wake slot.

The louvres are used to distribute pressure between both sides of the endplate, altering how the tip vortex forms at the juncture.

By changing the shape of the vortex it is possible to improve the overall efficiency of the wing, not only reducing drag but also increasing downforce. 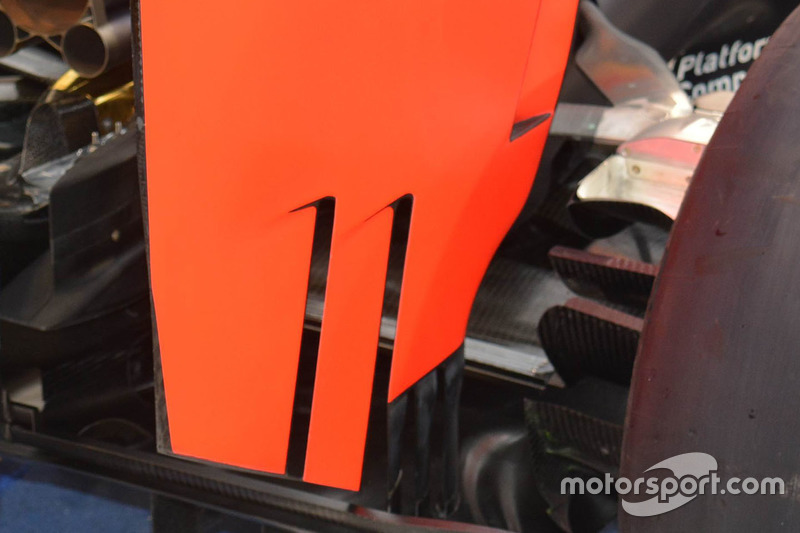 The image above shows the level of detail I the RB12 with the rear wing mounting split into three sections to better deal with the airflow passing by it, enhancing its interaction with the diffuser.

A productive Friday for Renault at Sakhir