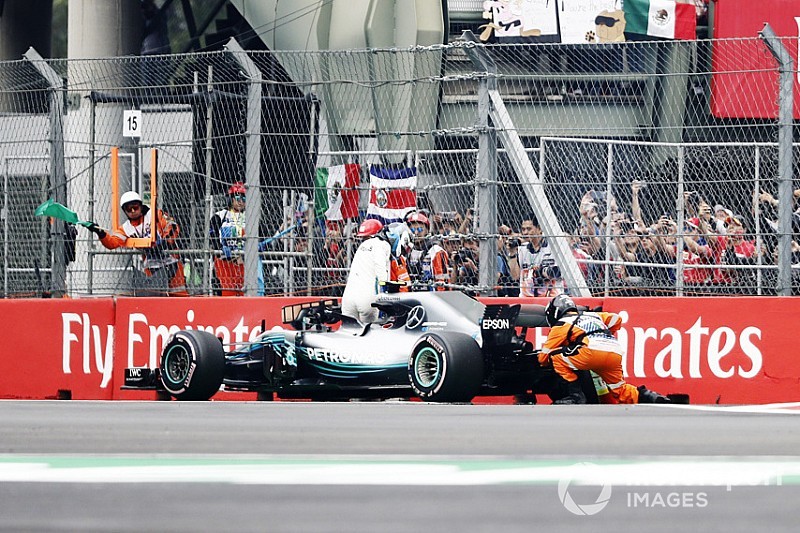 Mercedes is changing the engine in Valtteri Bottas's car ahead of Formula 1 qualifying in Mexico after his problem in final practice.

Bottas's Mercedes ground to a halt with a hydraulic problem with 15 minutes remaining.

Team boss Toto Wolff suggested at the end of the session that this could lead to an engine swap, which Mercedes has now confirmed.

Bottas was running a different engine this weekend to the one he had in last weekend's United States Grand Prix.

He will now switch back to his Austin engine.

As this engine is already in his pool, the Finn will not incur a grid penalty, but Mercedes will have to work quickly to get the change completed ahead of qualifying at 1pm local time.