Brake dust as big an issue as Singapore haze - Bottas 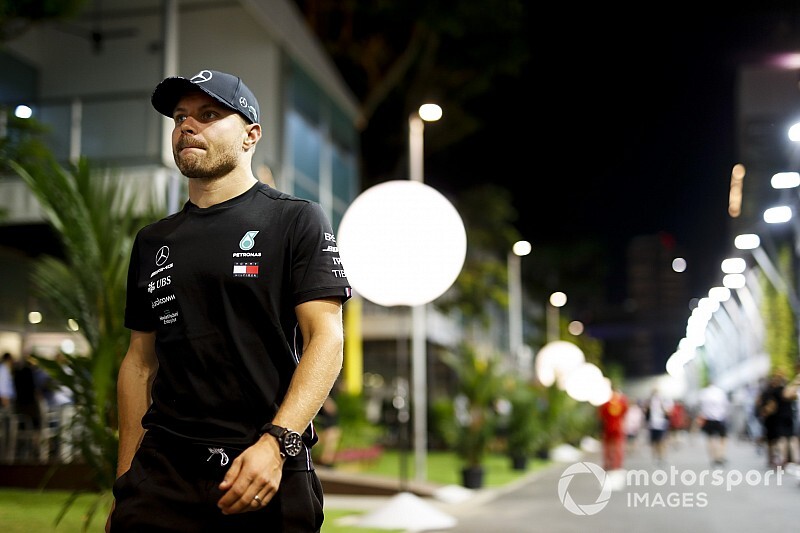 Mercedes driver Valtteri Bottas says black brake-dust sneezes Formula 1 drivers experience after races is an big an issue for them as the Singapore haze.

Poor air conditions in Singapore this week caused by Indonesian forest fires have prompted race organisers to be on alert for the need to take action, which could include the distribution of smog masks to spectactors if pollution levels increase too much.

But despite potential health concerns for race goers, F1 drivers have played down any worries they have about the matter – suggesting that their post-race experience of finding black carbon brake dust in their noses puts this weekend's air concerns in to context.

Mercedes driver Valtteri Bottas said: “I’m not too concerned really. I think if I lived here, I would spend a lot of time inside.

“I think anyway, when we are racing we are breathing quite a bit of carbon brake dust so not sure it is going to make a massive difference.”

Asked if he felt the carbon dust matter was something that needed intervention, Bottas added: “I don’t know if there is anything that can be done.

“For sure there is some dust from your own brakes but that is minimal. It is the cars ahead, it is always going to be there.

“Any time after the race when you sneeze it is black, so year after year, I am not sure what it does to your body. No idea. I think no one ever looked into it. I would rather be breathing clean air but not sure what can be done.”

Teammate Lewis Hamilton was equally aware of the brake dust matter, as he said the only difference for Singapore was being advised not to run outside.

“We all have doctors on hand,” he explained. “It’s not been brought up as an issue for us but I am conscious of it.

"Naturally, I don’t know how it is for the drivers but you blow your nose after a race, dirt, soot comes out of your nose. You’ve got the carbon that you’re breathing in.

“Clean air is naturally an important part. I’ve been told not to go for a run outside, for example, because it won’t be great for me but I don’t know how it’s going to impact us in the race.

"There’s not really a lot we can do. We can’t have anything else in our helmets so it is what it is, I guess.”

Toro Rosso’s Daniil Kvyat was another driver not too worried about the haze.

“We can race in many conditions, for sure, but then I don't know what impact it has on you,” he said.

“For sure you have to breath while driving, also more, because it is still like a physical activity, so... I don't know what affect it can have. I don’t want to find out.”

Live: Follow practice for the Singapore GP as it happens