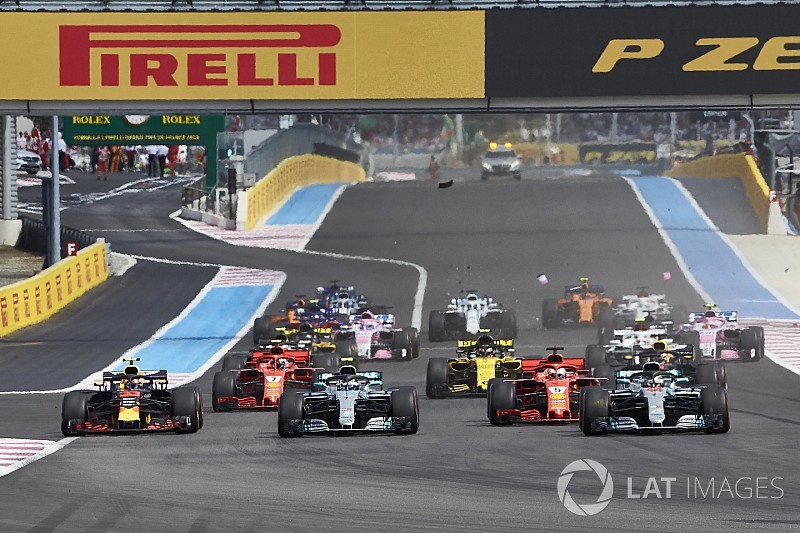 Ross Brawn has confirmed that the 2019 Formula 1 aerodynamic regulations have finally been fully agreed by teams, and are set to be signed off at the next Strategy Group meeting on July 4.

Although the concept of simplified wings and brake ducts to aid overtaking was rushed through by the April 30 deadline for 2019 changes, further investigation revealed loopholes that had to be closed.

That led to drawn out discussions with teams' technical directors, with the details finally agreed at a meeting of the Technical Working Group last week. Team bosses will now rubber stamp the final version at the Strategy Group gathering.

“The teams wanted to know what’s going on, and I think everyone has been co-operating,” Brawn told Motorsport.com. “It needed some refinement, which has been done.

"I think everyone realises that we don’t want uncertainty. As far as I know it’s all been sorted and we should be in good shape.”

Brawn acknowledged that the 2019 regs will not only be useful in contributing to the bigger changes planned for the cars for 2021, they are also a test case in terms of co-operation between the teams, the FIA and the group of engineers employed by F1 to study future ideas.

“I think it will be a useful insight into ensuring that we’re going in the right direction," added Brawn.

"I think it will contribute in itself, but also will give us better feedback on the concepts that we’re pursuing in order to make the cars more benign.

“The FIA eventually write the regulations and have to police them, so therefore that’s their role and responsibility. We’re there to contribute towards the concepts that lead to that.”

Brawn confirmed that next week’s Strategy Group meeting will also see the team bosses discuss further details of changes for 2021: “It’s another important phase of setting out what we all want to do for the future.”

Williams technical boss Paddy Lowe, one of the chief supporters of the 2019 changes, admitted that refining the details had been a complicated process.

“I think everything is pretty much nailed down,” he said when asked by Motorsport.com.

“I believe the regulations will be put to the Strategy Group on July 4. A lot of work has been done by everyone to pull together and get that defined. Now we can just get on with it.”