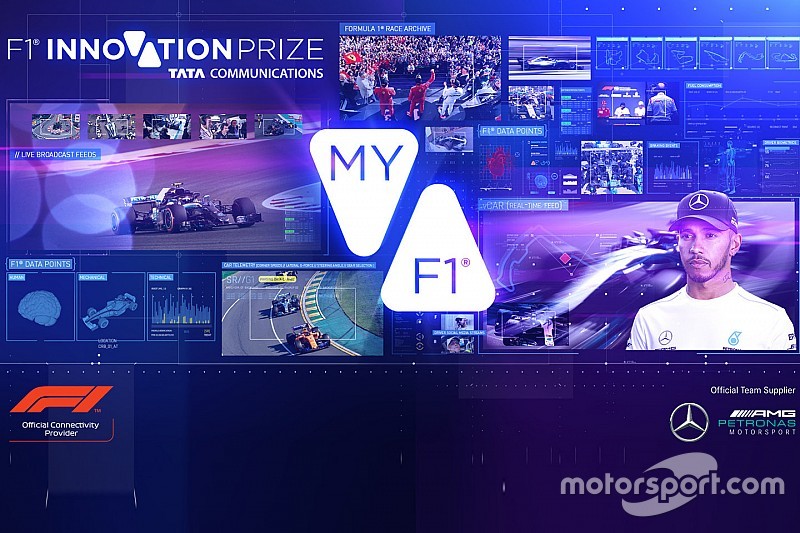 The F1 Innovation Prize is an initiative from F1, Tata Communications and Mercedes that has crowdsourced ideas from fans about how to improve their viewing experience.

This is the fifth year of the competition and, for the first time, the $50,000 prize will be augmented by a commitment from F1 to put the winning idea into action.

The competition’s theme for 2018 is ‘My F1’ and calls for ideas to “bring fans closer to the cockpit” by taking all elements of the data available from a race – human, mechanical and technical – and working out how this could be incorporated within F1’s publishing and broadcasting capabilities.

F1 has been investing in ways viewers can consume coverage, with TV-related innovations like uprated graphics and live post-race broadcasts on Twitter.

Five finalists will be chosen and rewarded with a trip to the United States Grand Prix in October, where they will present their ideas to the judges: Brawn, Hamilton, the managing director of Tata’s F1 business Mehul Kapadia, Mercedes technical director James Allison, Sky Sports F1 commentator Martin Brundle and F1’s director of digital and new business Frank Arthofer.

As well as the usual prize money, the winner will then help develop the idea at F1’s new research and development centre.

Brawn said: “Tata Communications has been at the forefront of transforming the way fans experience the sport.

“One of the key elements of our partnership is the F1 Innovation Prize which, since its inception in 2014, has established itself as an unrivalled crowdsourcing platform in Formula 1.

“This continued evolution of the competition has taken us to a unique place where fans’ wishes are more than just an idea on paper and will actually be incubated and prototyped.

“Myself and the team at Formula 1’s state-of-the-art R&D centre are looking forward to working with the winner to take their idea all the way from conception to prototype production.”

Hamilton added: “Nobody is better qualified to tell us what the fans want than the fans themselves and today we are empowering them to do exactly that.

“We are breaking new ground with this competition by giving them access to different data points - some of which have never been shared beyond the confines of the garage and cockpit.”