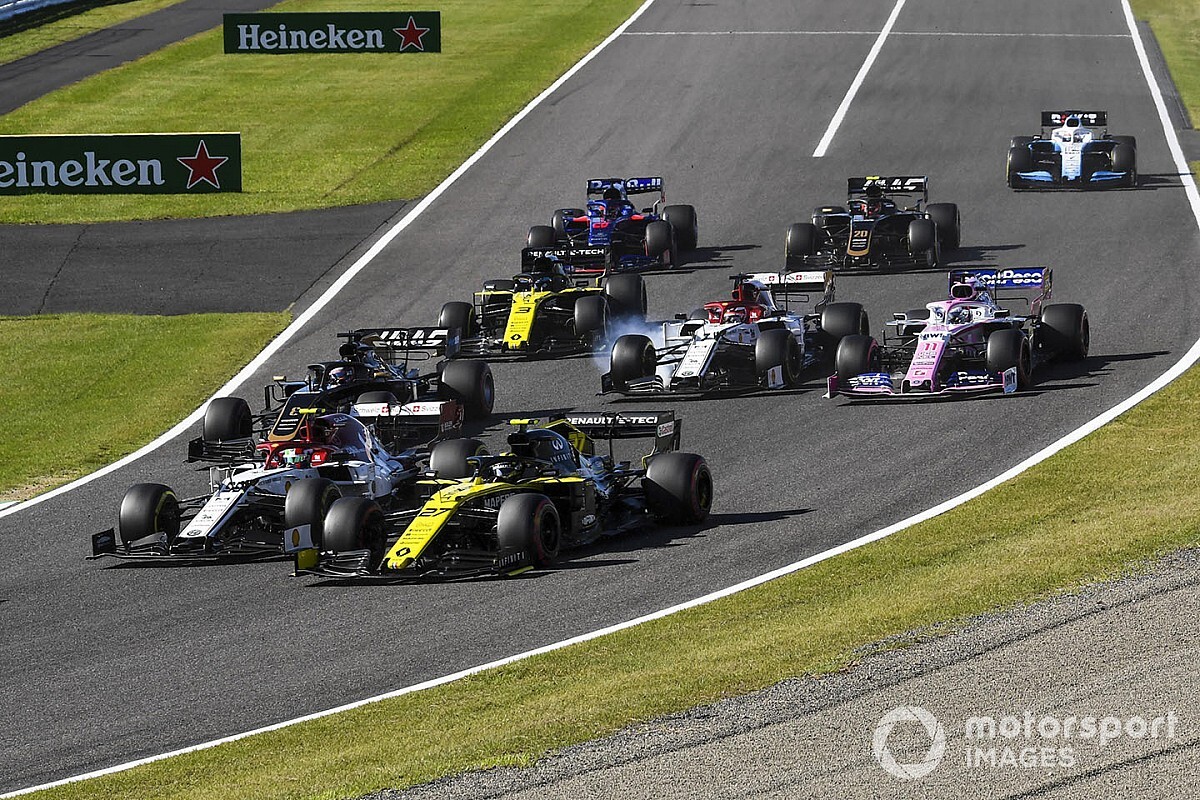 Formula 1 would have lost manufacturers and teams as a result of the COVID-19 pandemic had the reduced budget not been introduced for 2021, reckons Ross Brawn.

Ahead of the anticipated economic impact of the pandemic and the reduced revenue for F1 through 2020, the series' stakeholders held talks about making racing more sustainable in the future in recent months.

It resulted in an agreement to reduce the planned budget cap from $175 million per season to $145 million, which will come into force from 2021.

Speaking in the latest part of the #thinkingforward series of interviews discussing motor racing's leadership in these unprecedented times, F1 managing director of motorsports Brawn said this change was crucial to maintaining manufacturer presence in the sport.

"This crisis gave us the opportunity that we knew the budget cap always would," Brawn said during an interview at the FIA eConference 2020.

"Once you set a budget cap, you can always adjust it. Before this ever happened, we said that if we ever have a crisis in the future, we can adjust the budget cap to take account, and all accept that the ideal level changes.

"I think without the ability for these teams to go back to their boards and manufacturers and say: 'Look, Formula 1 is vital, and it's going to cost less in the future', I don't think we would have retained the number of manufacturers or big teams that we have.

"When a manufacturer is making the economic adjustments it has to, if Formula 1 is still out there with unlimited spending, that's a difficult argument.

"I think touch wood, we've kept all the main players involved, and that's because we've been able to say that we're sustainable from an economic perspective."

Renault has already confirmed it will continue its F1 programme beyond 2020 despite widespread cost-saving measures throughout the wider company.

As well as introducing the budget cap next year, the 2020 F1 cars will be carried over into the '21 season in another push to reduce costs for teams.

This will be followed by the introduction of the new-specification cars in 2022, which it is hoped will make F1 more competitive and more exciting for fans.

"[The new cars] are more focused on what we feel are the areas the fans engage with, instead of spending a lot of money on things the fans know nothing about," Brawn said.

"I think they're going to be better-looking cars. They're certainly going to be able to race each other more effectively.

"There are a lot of things we were doing, and we've got our sustainability initiative which we've started in the last few years which are very important for engaging companies as well.

"They want to see a good sustainability strategy in F1. And we want to do all of that without spoiling the core attraction or the excitement of F1."