Formula 1 chiefs say there has been no indication that any of the sport's current manufacturers will not commit to the sport's new era from 2021. 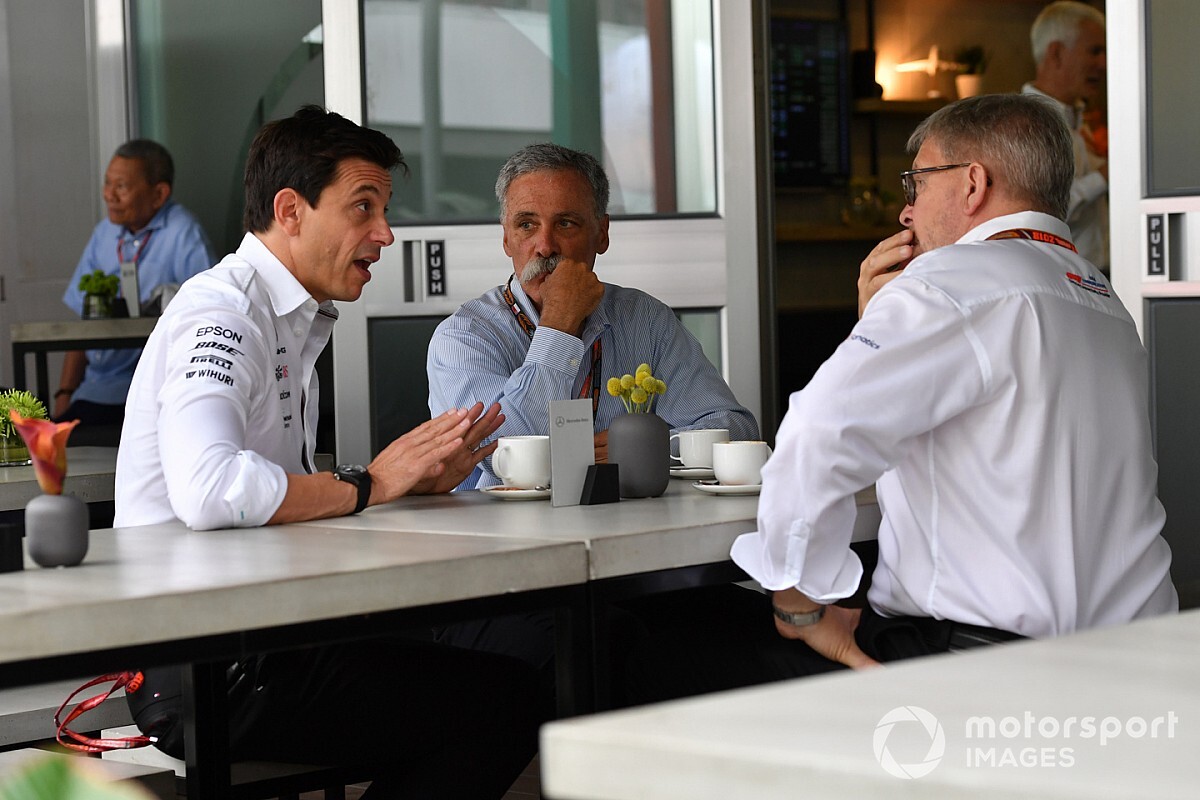 While both Mercedes and Renault having faced speculation over recent months about their futures, F1's managing director of motorsport Ross Brawn suggests that the feedback he is getting is that car makers are actually much happier with how things look than before.

Brawn says the looming cost cap – which will initially start at $175 million dollars with a number of exceptions – has given companies like Mercedes the certainty over finances that has been lacking over recent years.

Asked by Motorsport.com about whether he was sure F1 would keep all the current manufacturers from 2021, Brawn said: "I see no sign that we won't.

"In many ways, if you go to board level they like what's happening because they have got certainty.

"Every time that Toto [Wolff] goes to the Mercedes board each winter, he asks for a bigger budget because he needs it to win. So what do they say? No, we don't want to give you any more because we don't want to win any more?

Brawn is clear that F1 owner Liberty Media's push for a cost cap, allied to a more equitable prize fund, is key to ensuring that the sport is viable for all teams on the grid – and ensures there is a buffer should a fresh financial crisis hit.

"We want F1 teams to succeed in a much more sustainable way than now," he said. "They think it's okay [right now], but when you get right to the limit, you get a little earth tremor over here and suddenly it stops. And that's what we don't want.

"We want Mercedes to feel that it's such good value for money, there's no way they'll ever stop because why would they? The amount they are spending, they are getting far more return than spending. And if it was a little tremor in their economic environment, it's fine because they can cope with it and it doesn't matter. And that's why we think there's a need for change."

As well as the cost cap pulling budgets back for the top teams from 2021, Brawn says the mechanism can help the sport better react if there needs to be a dramatic reduction in budgets because of problems in the outside world.

"Once we have got it functioning well, if we do have an economic crisis and we need to tune down, then it can be turned down," he said.

"You can say right: there's a need now to to bring in tighter controls and the knob can be turned once the system is working. At the moment, we've got no way of doing that.

"What we do now if there is an economic crisis, is we ban testing, we do this or we do that, which has a great temporary impact but is not sustainable because the teams then find another way around spending of money."