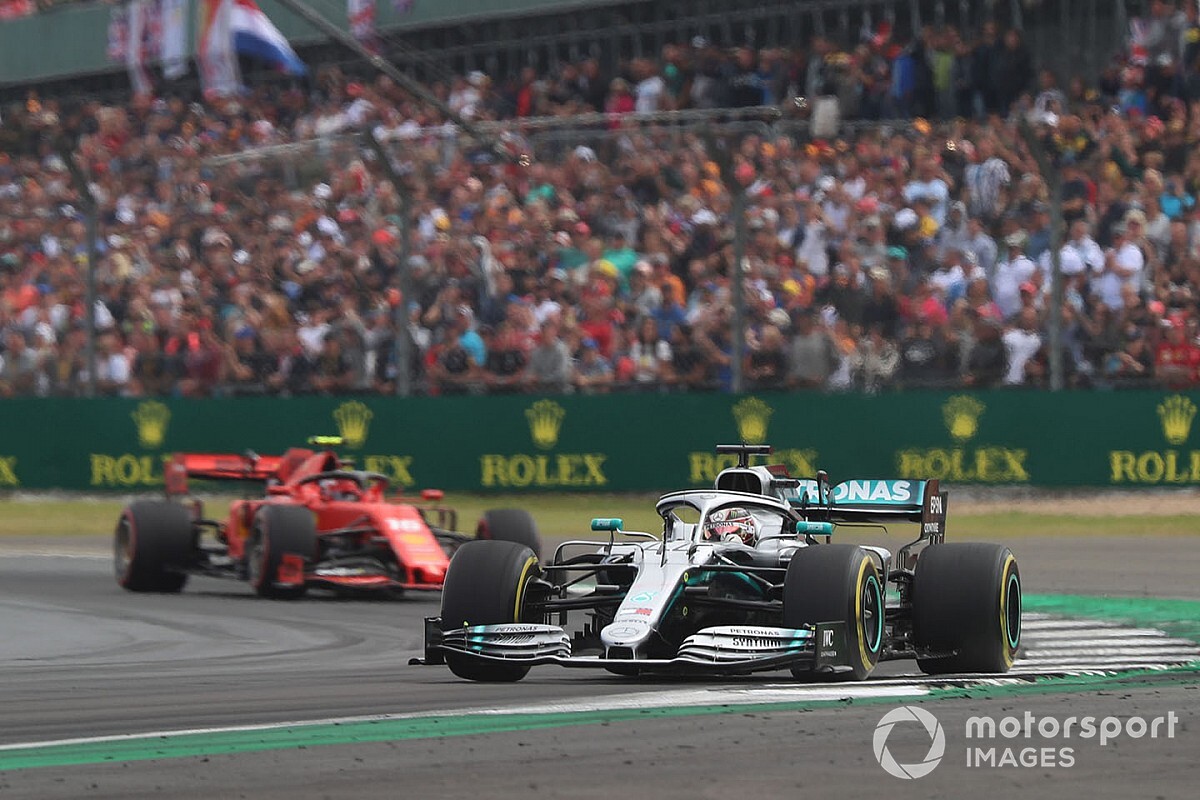 Following a short break, Formula 1 will return to action with the British Grand Prix on July 31-August 2. Here's how can you watch qualifying at Silverstone from your country.

Mercedes has dominated qualifying in each of the three rounds so far, with Valtteri Bottas taking pole in the Austrian GP season opener and Lewis Hamilton topping the times in qualifying in the following two races at the Red Bull Ring and Hungaroring.

Not only has Hamilton won the British Grand Prix five times in the last six years - and six times in total -  he has also scored pole positions at Silverstone four times since the start of the hybrid era in 2014.

Bottas outqualified Hamilton by just 0.006s last year, but the Englishman fought back in the race to claim a dominant 24-second win over his Mercedes teammate.

Sergio Perez will not take part in the British Grand Prix weekend after testing positive for coronavirus.

Perez has been replaced by Nico Hulkenberg, who previously drove for the Silverstone-based team during its Force India guise in 2012 and again from 2014-16.

Hulkenberg set the seventh fastest time in FP2, which was topped by teammate Lance Stroll.

What time does qualifying for the British Grand Prix start?

Qualifying for the British Prix will begin 2pm local time in the UK and conclude at 3pm local time.

Can’t find your country or region in the list? Check the schedule page for the broadcast times in your local timezone.

Formula 1 is broadcast live in nearly every country around the world.

Europe: Qualifying for the British GP will be broadcast on both Sky Sports F1 and Channel 4. Sky TV will also broadcast qualifying in Italy. RTL will show qualifying in Germany, Movistar will telecast it in Spain and Canal+ will carry the coverage in France.

North America: Qualifying will be broadcast in the US on ESPN, in Mexico on Tudn and in Canada on TSN/RDS.

Asia: Most of Asia is covered by Fox Sports, including India where F1 is broadcast by sister channel Star Sports Select 2. Fuji TV Next will carry live qualifying coverage in Japan.

Viewers from selected countries can subscribe to F1 TV to stream qualifying on a device of their choice. Some local broadcasters such as Sky TV also offer their own on-demand service.

Motorsport.com will be presenting its live coverage of qualifying straight from Silverstone. Make sure to check our website for live updates throughout the session.