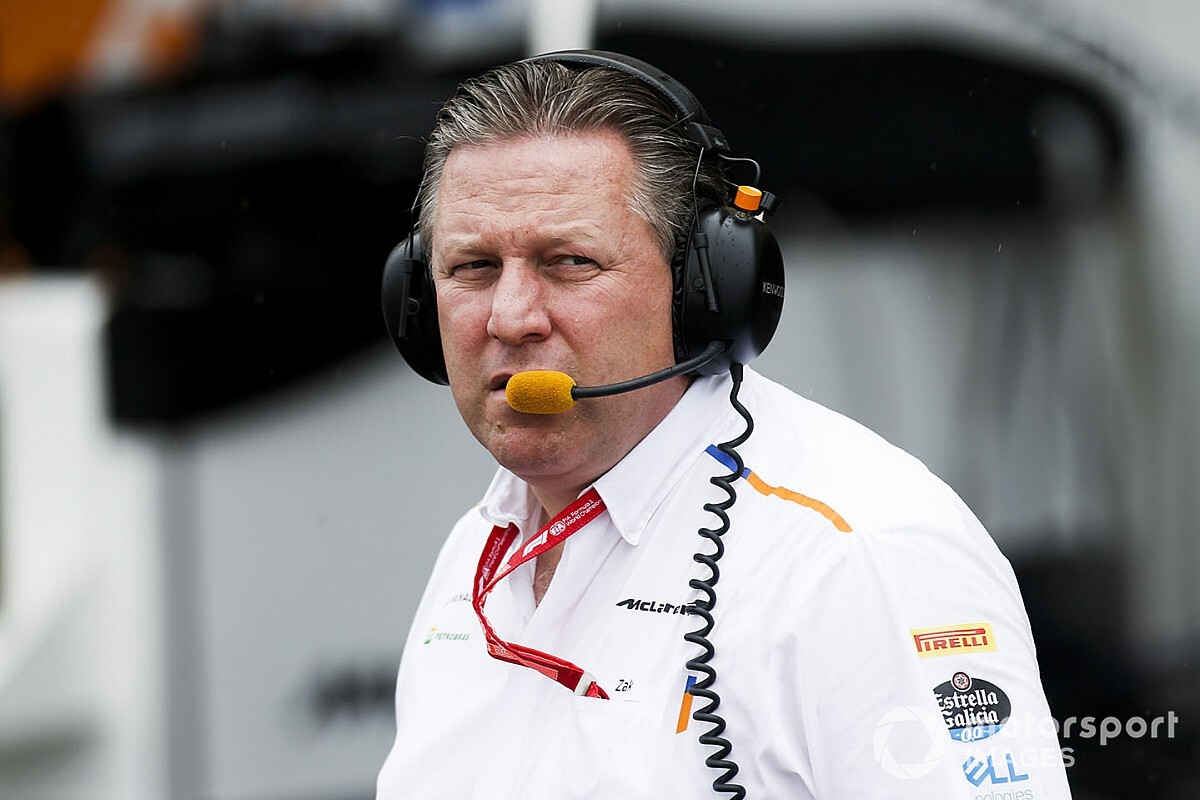 Frontrunning Formula 1 teams should offer customer cars for free if they are serious about the practice as a cost-saving measure, according to McLaren chief Zak Brown.

F1 teams are currently working on ways to cut costs ahead of the anticipated economic crisis following the COVID-19 pandemic, which has already forced the opening 10 races of the 2020 season to be called off.

The 2020 cars will be carried over to '21 in order to save development costs for next year, while the budget cap coming into force is set to be reduced from $175 million to $145m.

Red Bull team principal Christian Horner told Motorsport.com last week that F1 should consider using customer cars to help smaller teams, allowing them to use a year-old chassis from one of the leading outfits.

Horner said the "fastest way to competitiveness at a cost-effective route" in F1 would be to "just sell them the whole car that we finish with in Abu Dhabi", eliminating their development costs.

Speaking exclusively to Motorsport.com for the latest #thinkingforward series of discussions with motorsport's leaders, McLaren boss Brown - a critic of the customer car concept - said they should be donated to smaller teams rather than be sold.

"I would say if we went that direction - because those customer cars, a year-old car gets kind of thrown away - then I'd be advocating that they should donate those cars if they really want to," Brown said.

"There's no cost to them. They've got all the stuff they've done, the R&D, they have the spares, then they should give it to their customers and not charge them.

"That wouldn't be costing them money. And then if they really have the intention of saving money from the customer teams, give them the car."

The customer car debate was sparked even before the first run of races had been called off after Racing Point based the design of its 2020 car off last year's championship-winning Mercedes W10.

Brown has been a regular critic of the customer cars practice in F1, saying it goes against the foundations of the sport where constructors would build and race their own chassis.

The McLaren Racing CEO said that while the issue had to be addressed, allowing customer cars to return would only act as a short-term fix for F1.

"You know I'm not a fan of customer cars. Everyone talks about the DNA of Formula 1, and that is, people being their own constructors," Brown said.

"I think people have pushed the boundaries on that recently, where they may have built their own car, but they built someone else's car. I think that's something that needs to be addressed.

"If it's about cost and that's their solution, then I think it's a band aid solution, because when you come out of then allowing customer cars, then you're right back to where you are.

"The new normal is not going to be what the old normal was, so it feels to me like a band aid fix.

"It may solve the problem for a year or two, but then we're right back to where we were."