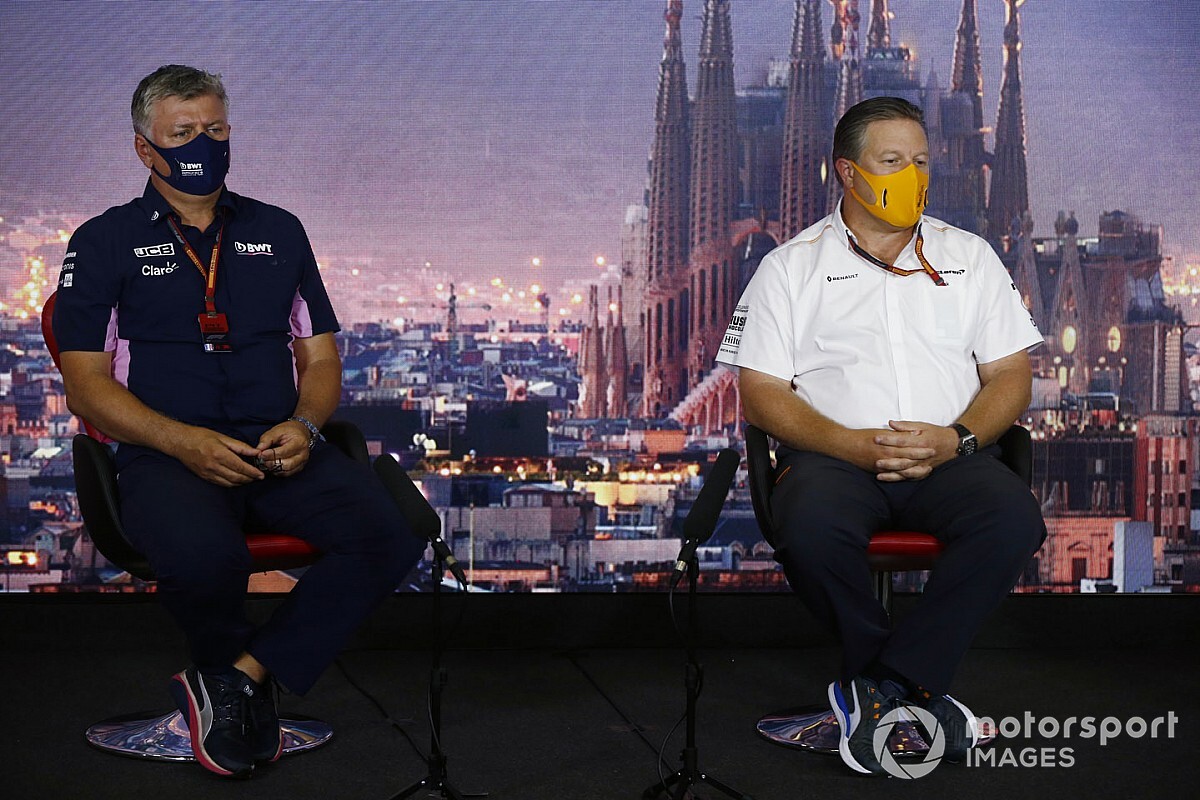 Zak Brown has responded to Otmar Szafnauer's jibe about knowing more about historic racing than Formula 1 by pointing out the "historic car" Racing Point is currently using.

Racing Point was hit with a 15-point constructors' championship penalty and a €400,000 fine last week for breaching the sporting regulations in the design of the brake ducts on its 2020 car.

The team was deemed to have copied the design of Mercedes' 2019 brake ducts, having been open in its bid to reverse engineer last year's title-winner in producing the RP20 through photography.

McLaren Racing CEO Brown said the FIA stewards' ruling proved the claim Racing Point copied the Mercedes W10 solely through photography was "BS", and that it could be the "tip of the iceberg" for the case.

Racing Point team principal Otmar Szafnauer fired back at Brown after this by saying he was "surprised at how little he knows about the rules of F1".

Szafnauer added: "It seems to me he knows more about historic racing than he does about F1."

Asked about Szafnauer's comments on Friday ahead of the Spanish Grand Prix, Brown responded by inviting the Racing Point boss to join him for an event, noting the RP20 could be deemed to be an historic car.

"I thought a lot of what Otmar said was accurate," Brown said. "I'm not an engineer. I don't know the rule book, first page to the last page. But as CEO, you have a racing team, and it's their job to know the rule book and the regulations.

"I've never been docked points. I think Otmar thought it was 7.5 points until Sky TV pointed out it was 15 points.

"As far as historic racing [is concerned], I think people that know me know I enjoy historic racing, and I'd invite Otmar to come join me, because he's got a historic car that he's currently racing.

"That's all part of the race weekend fun."

In the aftermath of the FIA stewards' ruling at Silverstone last Friday, Szafnauer had to be corrected on the number of points Racing Point had been docked.

The team was penalised 7.5 points per car for the Styrian Grand Prix, totalling 15, which Szafnauer said at the time he "better check".

FIA to clamp down on "reverse engineering" of F1 cars