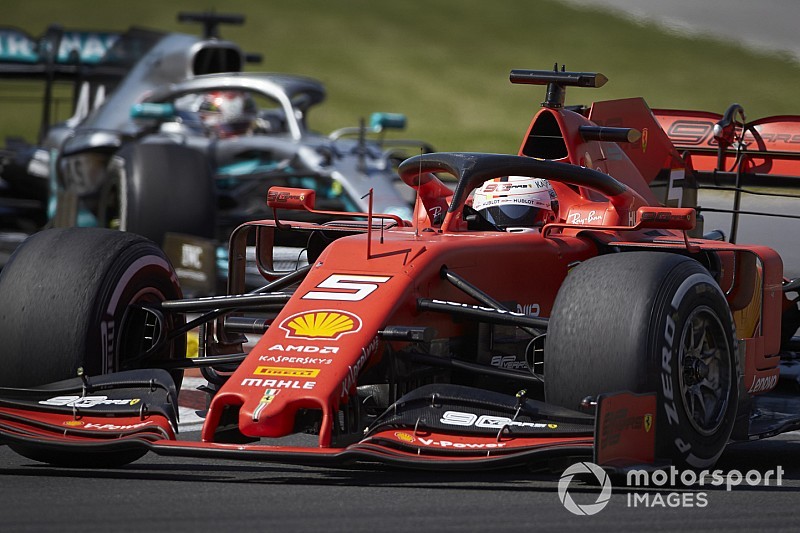 Read what Formula 1 drivers said over team radio during the Canadian Grand Prix, including Sebastian Vettel's conversation with Ferrari after his controversial penalty.

Raikkonen encounters a groundhog in practice 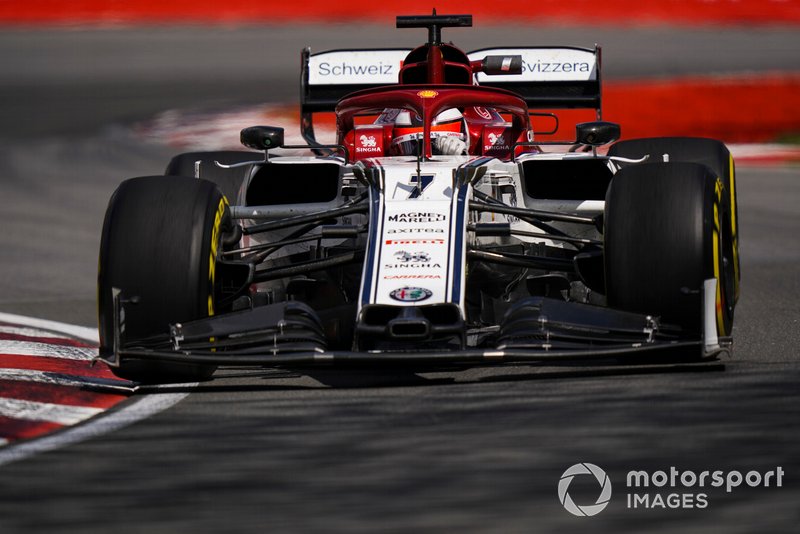 Raikkonen: “OK, there’s that animal running around the track. Turn 6 in the middle of the track. I don’t know what they are called.” 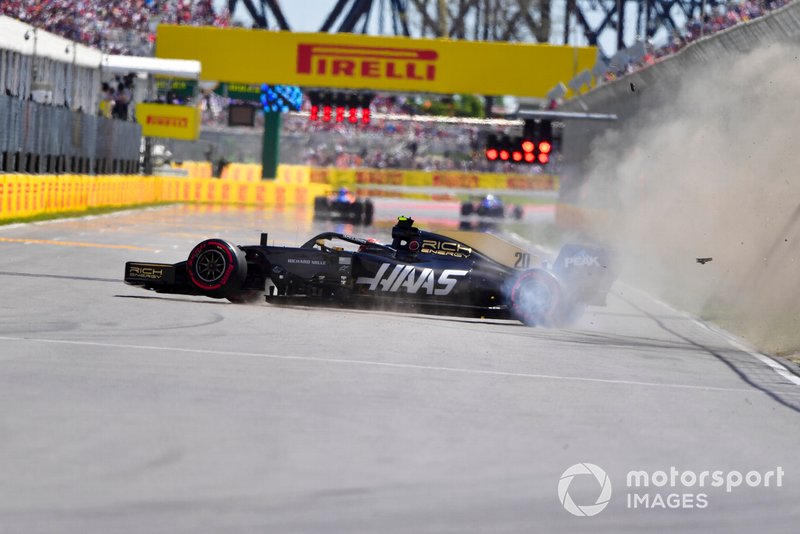 Ricciardo qualifies on the second row of the grid 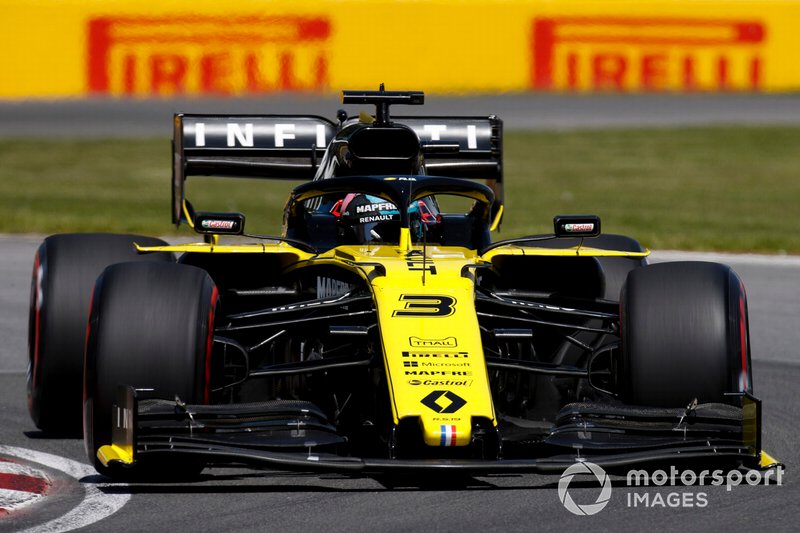 Grosjean picks up debris at the start 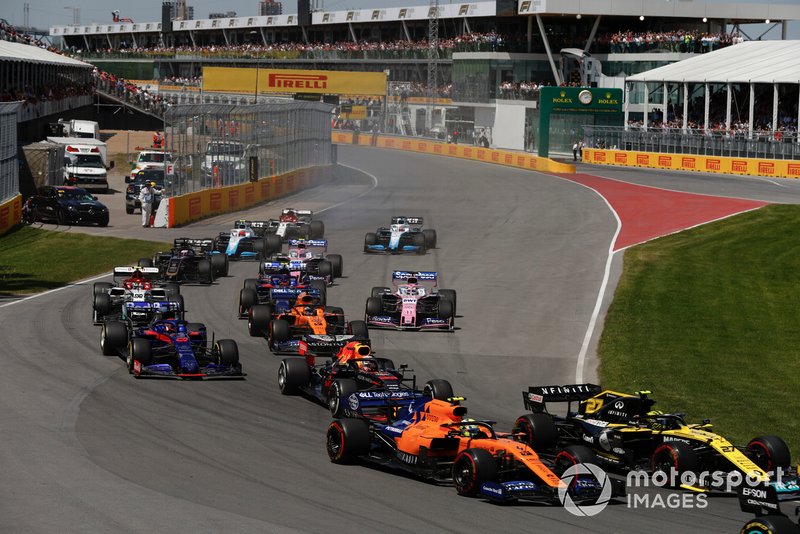 Norris retires early in the race 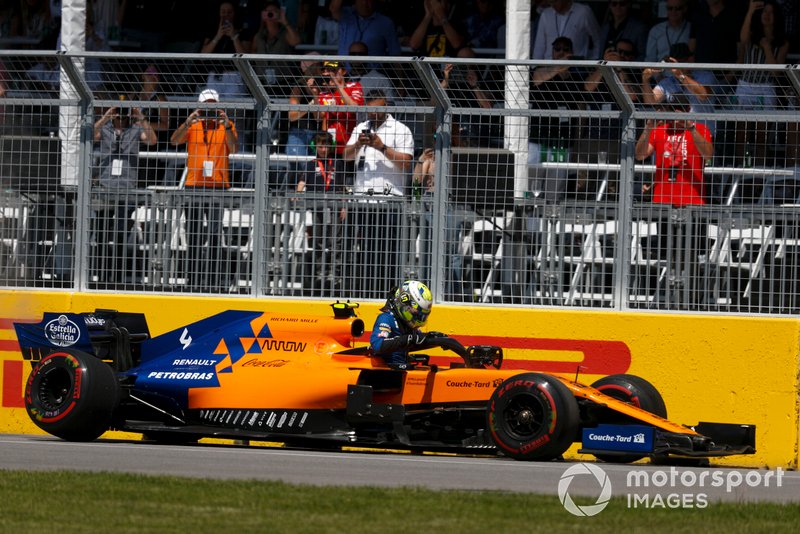 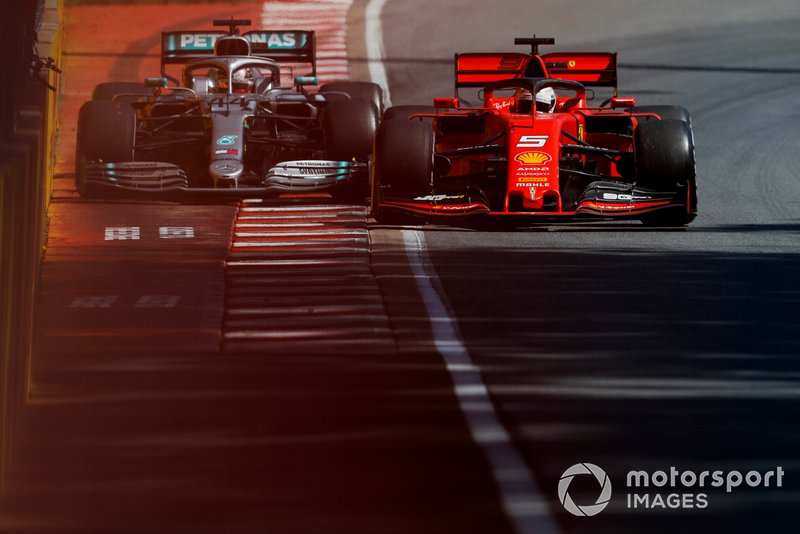 Hamilton: “He just came on the track so dangerously.”
Team: “Yeah, copy Lewis. We’re on it.” 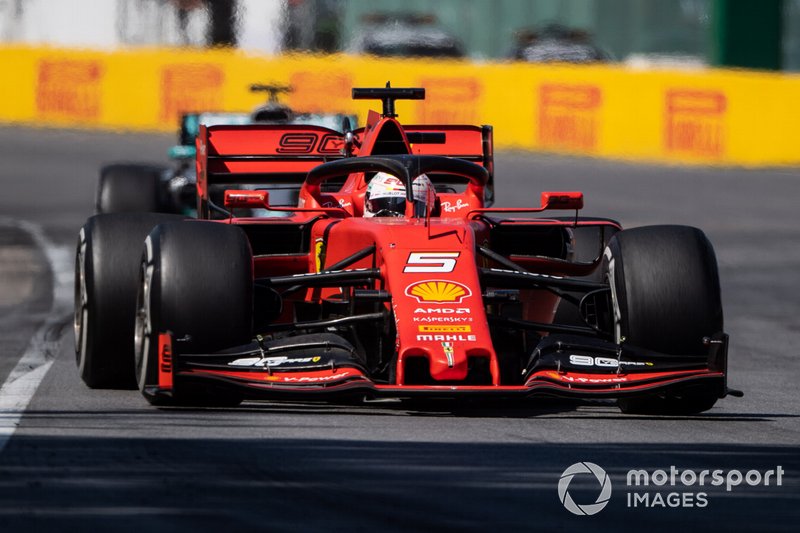 Team: “We’ve got a five second time penalty.”
Vettel: “You’re going to go through the grass and you come back, have amazing grip. Where the hell I am supposed to go? I had grass on my wheels! It’s his fault if we he decides to go that way. If he’d gone to the inside, he’d got past me.”
Team: “OK, stay focussed. Copy that, stay focussed.”
Vettel: “I am focussed, but they are stealing the race from us.” 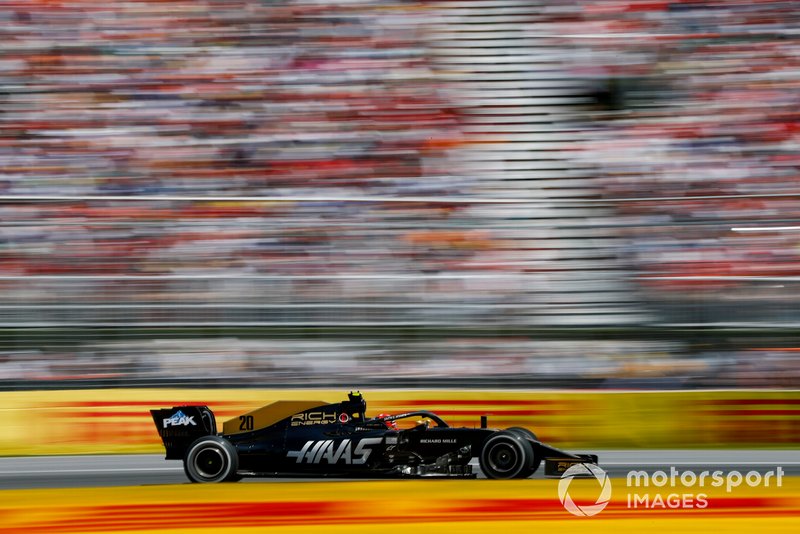 Magnussen: “This is the worst experience I've ever had in any race car ever.”
Team: “None of us are happy about this pace. The guys stayed up all night to fix the car so.”
Magnussen: “I know but I know.”
Steiner: “It means that for us it’s also not a nice experience. It’s enough now. That’s what it means, enough means enough.” 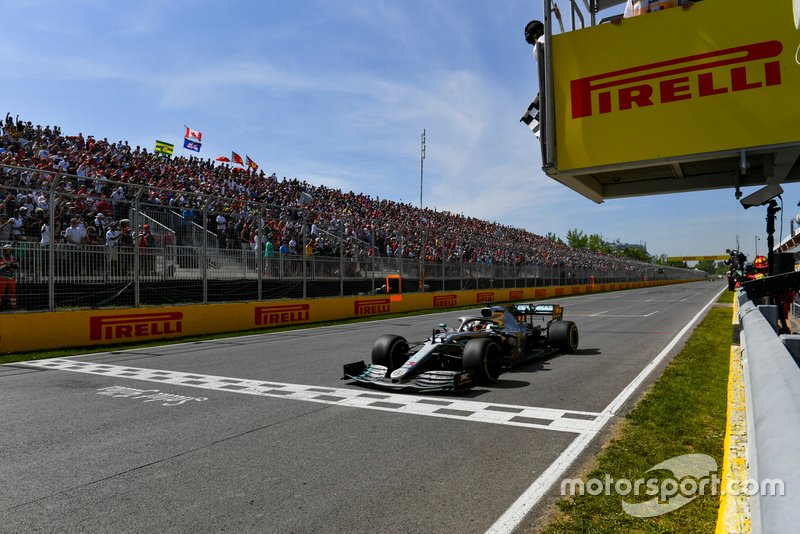 Hamilton: “That is not the way, naturally, I wanted to win but I would have been past if it wasn’t for the wall there so. Thank you so much for your continued support and confidence in me. Love you guys.”
Team: “Cheers Lewis. Well deserved mate. Real thoroughly solid weekend.”

Vettel makes his displeasure clear after the flag is dropped 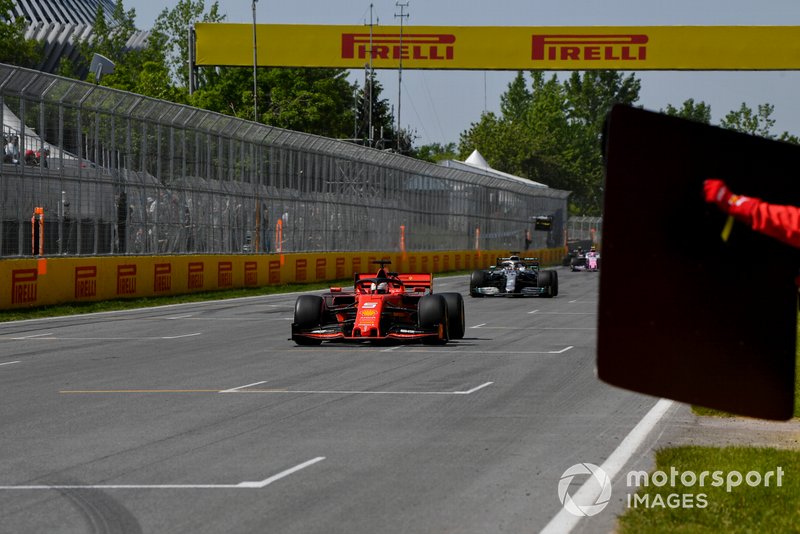 Vettel "No no no guys, no no no. Not like that. Not like that, no, no, no. Seriously! You need to be an absolute blind man to think that you can go through the grass and then control your car. I was lucky that I didn’t hit the wall. Where the hell am I supposed to go? This is a wrong world, I tell you. This is not fair. Great crowd, great race. Ragazzi, grazia.”
Binotto: “You win the race on track. That’s more important. You are the winner today for us, for the team. We appreciate your efforts. Keep your head down, stay calm. We’ll do whatever we can to…”
Vettel: “I’m not staying calm. This is just not fair. I’m angry. And I think you know why. And I have a right to be angry. I don’t care what people say.”

Leclerc is informed of Vettel’s penalty after the race 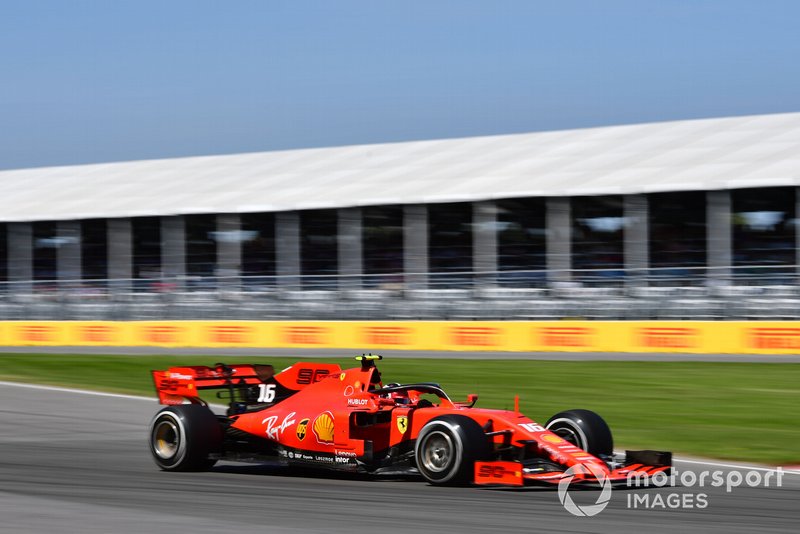 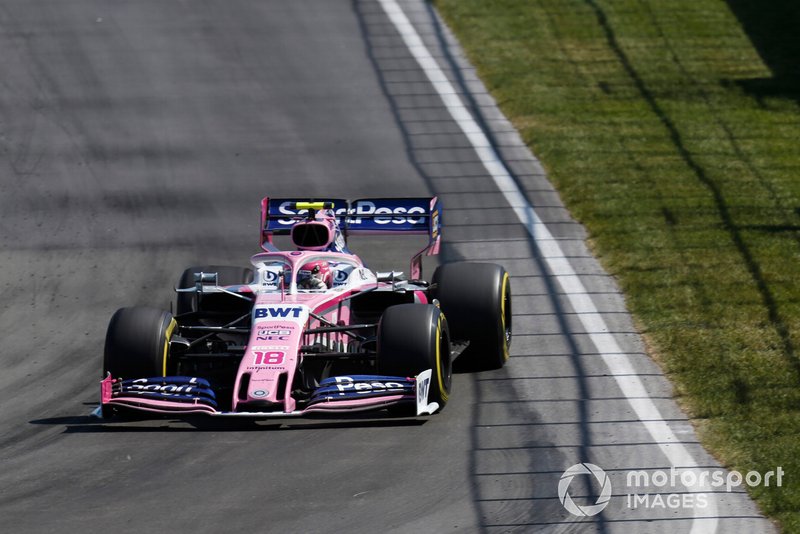 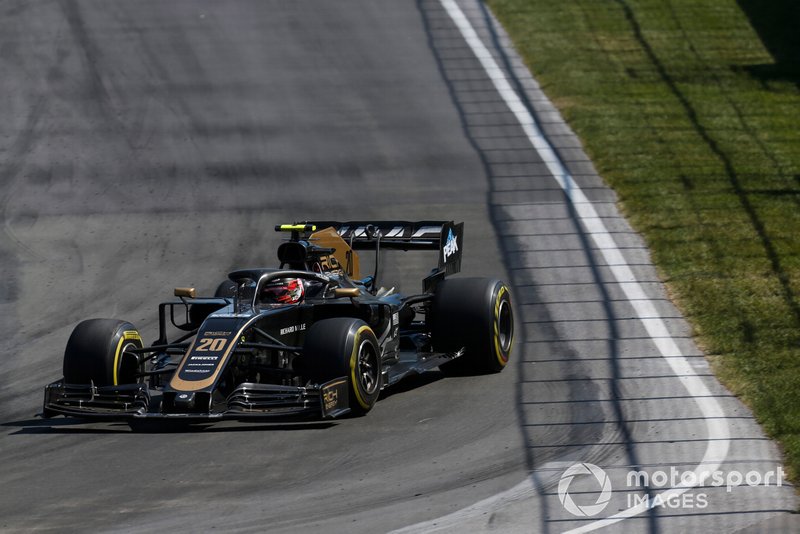 Magnussen: “Guys, I’m sorry man. I know you’re just as frustrated as I am. Yeah, sorry.”
Team: “Copy, Kevin. We’ll figure it out together.”
Magnussen: “And the guys in the garage, big apologies. You done great as always.”

Vettel explains why he returned to Canadian GP podium