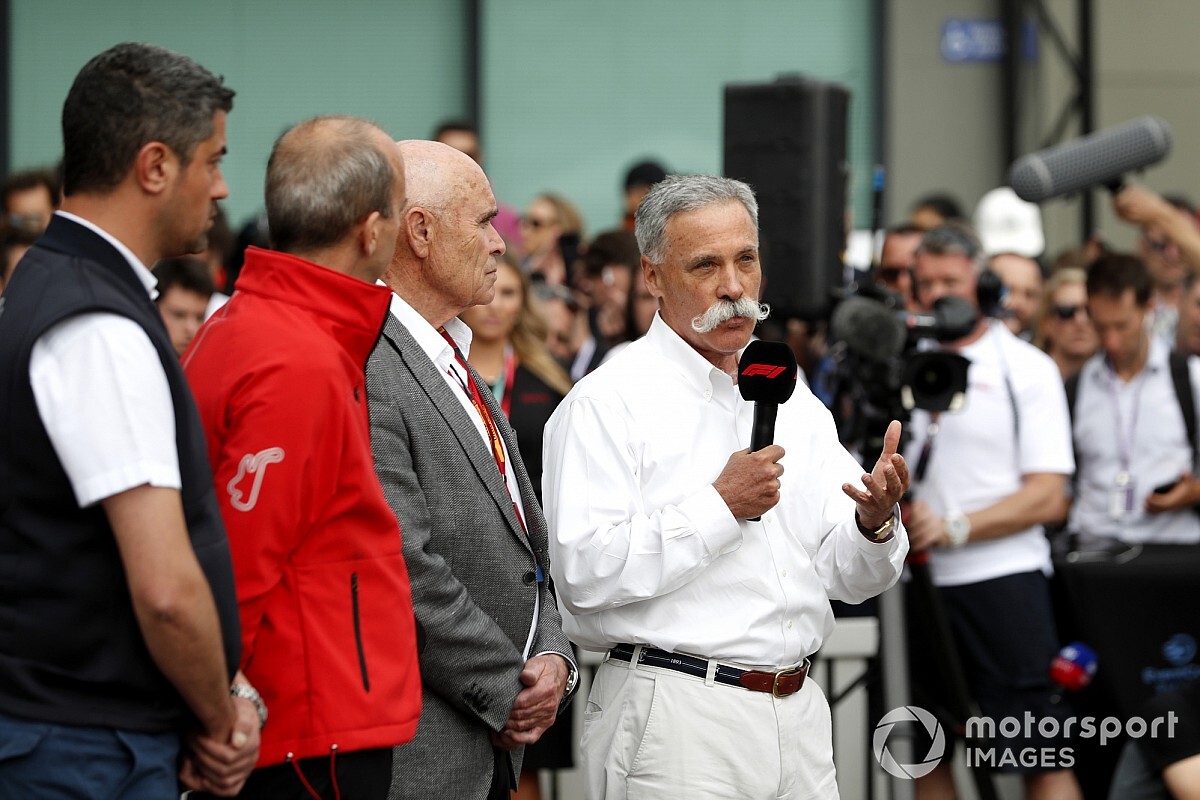 Formula 1 CEO Chase Carey has apologised to fans for the cancellation of the Australian Grand Prix and the opening races of the year, amid the coronavirus pandemic.

With F1's bid to push on with the season opener having ended in controversy, when the event was cancelled following a McLaren team member contracting the virus, the campaign has been put on hold.

F1's chiefs faced criticisms for their handling of the events in Australia, where a lack of communication meant fans were already queuing at the gates before they were told the GP had been called off.

But despite the unhappiness about how things were handled, Carey said at the weekend that he felt F1 had made the 'right decisions' in how it dealt with the events.

Now, in an open letter to fans, Carey has apologised for what has happened.

"First and foremost, our priority is the health and safety of the fans, teams, and organisations of Formula 1, as well as wider society," he said.

"We apologise to those fans affected by the cancellation in Australia, as well as the postponement of the other races to date.

"These decisions are being made by Formula 1, the FIA, and our local promoters in rapidly changing and evolving circumstances, but we believe they are the right and necessary ones.

"We also want to extend our thoughts to those already affected, including those in the Formula 1 family."

F1 has already postponed races in Bahrain, Vietnam and China, while both the Spanish and Monaco Grands Prix are in doubt.

But with governments predicting that the coronavirus situation may not improve for several months, it is possible F1 will not restart for a while.

Carey said that F1 would only get going again when it was convinced there were no risks to anyone involved.

"We recognise everyone wants to know what comes next for Formula 1 in 2020," he said. "We cannot provide specific answers today given the fluidity of the situation.

"However, we plan to get the 2020 championship season underway as soon as it's safe to do so. We are engaging with experts and officials on a daily basis as we evaluate how we go forward in the next few months. We will keep you updated and provide details as soon as possible on Formula1.com."