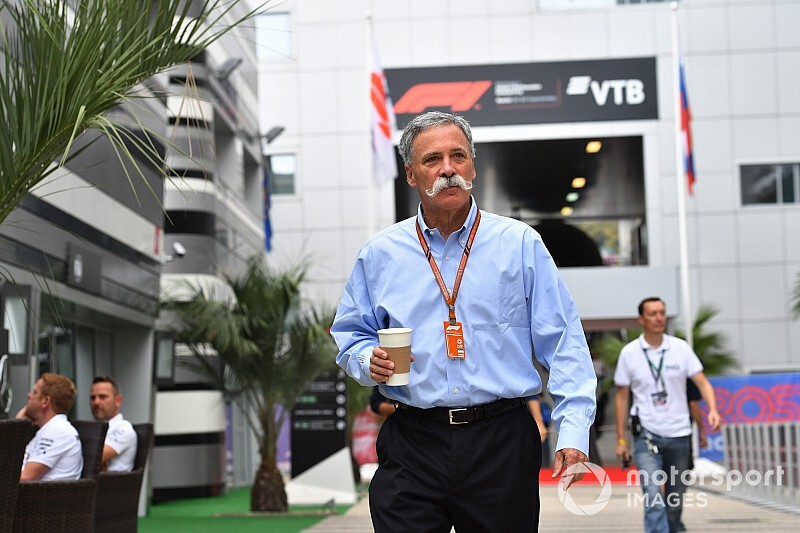 Formula 1 boss Chase Carey invited team principals to meet him at Suzuka ahead of Sunday's Japanese Grand Prix to discuss the future direction of the sport.

The timing of the meeting is intriguing, because on Friday the team bosses met on their own, without any F1 or FIA representation, for the first time since Malaysia last year.

The feeling amongst them was that it would be valuable for them to get together without the other key stakeholders, and in an informal environment without the strict agenda that dominates official Strategy Group discussions.

The general thrust of the conversation was how to improve the show, for example by ensuring that there are multiple strategy options and more pitstops.

As previously noted, the meeting was also an interesting political move in the current climate as discussions continue over the sporting, technical and commercial direction that the sport is taking.

In effect, the teams were aligning their interests in preparation for what could be a complicated and prolonged debate.

The meeting clearly piqued the interest of the F1 organisation, and thus Carey’s Sunday morning invitation could be viewed as a reaction, and in essence an attempt to find out what the what the teams are thinking and give more detail on future plans in an informal setting.

“Basically we had the same discussion all over again,” said one team boss of today’s meeting. “We agreed we should meet more often. It was very productive.’

Mercedes was not represented, because Toto Wolff had a prior commitment at his team’s race strategy briefing.