Formula 1 CEO Chase Carey says he's been talking to potential new teams who stress that the cost cap and other financial changes for 2021 are "cornerstones" in terms of any future decision to enter the sport. 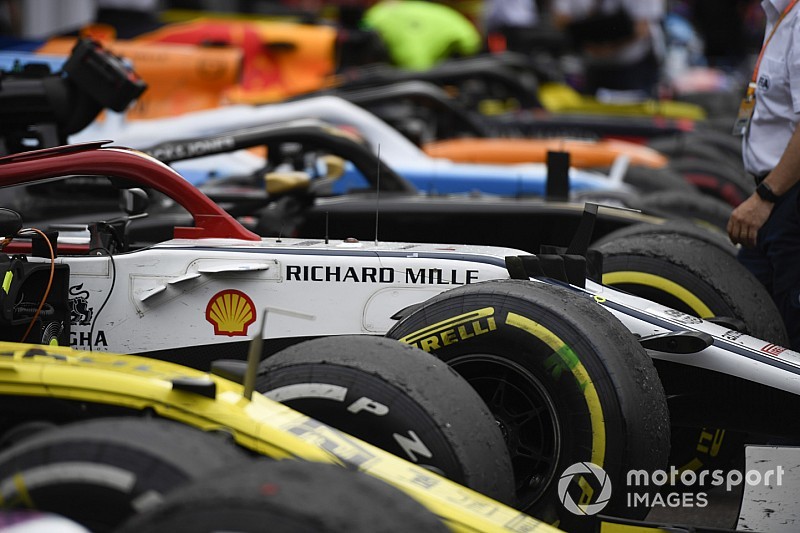 A cost cap of $175m has been agreed for 2021, not including items such as marketing costs and driver salaries, and the number is fixed and not part of the ongoing negotiations about future rules.

In addition, there will be a redistribution of income.

Carey says that potential new entrants have made it clear that F1 has to provide a healthy business model if they are to come on board.

"Clearly one of the goals in terms of the cost cap is to create a healthier sport," he said in a call with Wall Street analysts.

"We've talked about the competitive goals, but it is equally important that the cost cap creates a business model that is healthy and growing and positive for our existing teams, and potential new teams coming into it.

"That has been enforced as we've had discussions with potential new teams. All have looked at steps in terms of cost discipline, and probably a more balanced revenue distribution as being cornerstones to creating what they think is an exciting opportunity."

Carey insists that despite initial scepticism, the existing teams have embraced a limit on spending.

"One of the real positives is the evolving attitude towards it. We feel quite positive about where we are with the cost cap. In many ways teams, some of whom had issues or concerns going in, are increasingly supportive.

"By and large right now the support is quite broad, I think everybody believes it's an important element to the future of the sport, so I do think of the support it's built, and the teams really are behind it, as being an important cornerstone to building the sport going forward."

Carey remains confident that F1 and the FIA will be able to properly police the cost cap.

As previously reported the planned checks on spending will be tested with all the teams in 2020, although no actual cap will be in place.

"We wouldn't have done it if we didn't think it was enforceable," said Carey. "There's no reason to head down a path.

"You can account for everything, what you really need to make sure is that you have access to the right information to do the accounting, and that's just about us being disciplined and firm about what we need.

"We've addressed that. We're going to use 2020 – all the teams will participate in what I guess you could call effectively a dry run.

"The cost cap won't actually be enforced with consequences until 2021, but in 2020 what we really are actually going to go through is shaking out the bugs of accounting for the costs."

Regarding the exclusion of areas such as marketing from the $175m figure he said, he said: "What we're really looking to do is make the racing on the track more about how well you spend your money, not how much you spend.

"To the degree that there are marketing initiatives or other efforts like that, I don't think they affect the competition on the track.

"The focus on the cost cap is really to make the action on the track, and the unpredictability and drama on the track, much better, and make it a healthier business for the teams."