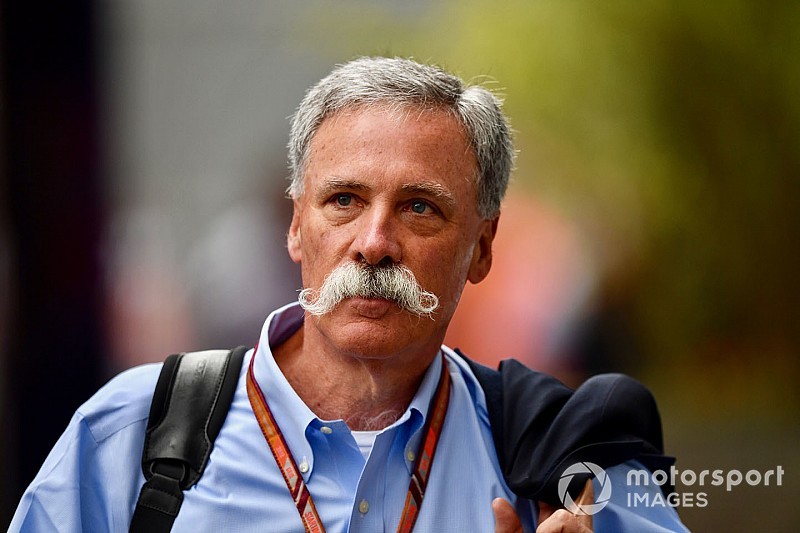 Liberty, F1's owner, was criticised in a statement issued on behalf of 16 race promoters for the championship's direction, although the Russian and Mexican GPs swiftly distanced themselves from the group's position.

The Formula One Promoters' Association sought "a more collaborative approach to the development of the championship" after querying the loss of free-to-air coverage, declaring a "lack of clarity" on new initiatives and the threat new races pose to existing grands prix.

In his first public response to the criticism, Carey told ESPN that "all three" concerns were addressed in F1's meeting with the promoters the following day but "realistically no one brought any of them up – they just put it out in a press release, which was a little strange".

He said: "I thought that was the strangest because they put it out the night before [the meeting].

"That was the strangest part."

Carey was speaking in Azerbaijan, where earlier in the day he had signed an extension to the Baku race's contract that will keep it on the calendar until 2023 at the earliest.

That followed extensions for the Belgian, Chinese, German, Japanese and Singapore GPs over the past two years, although the British, Italian, Spanish, German and Mexican GP contracts expire in 2019.

Carey said that it was not surprising to find "a couple who have something to complain about" in a group of 21 promoters.

He described the meeting that followed as "incredibly positive".

"I thought there was tremendous support from the vast majority and they have a great appreciation for what we are doing," said Carey.

"The fact that a few of them wanted to find something to complain about, that's life. It's not going to change what we are doing.

"They believe the sport, for them and in general, is in a much better place than it was a few years ago and is going in the right direction."

F1 has added a race in Vietnam to its 2020 calendar and targeted a new event in Miami in its bid to expand the championship's profile in the United States.

Carey said that while F1 is "not pursuing new venues at the expense of existing" races it has many options it cannot accommodate.

He reiterated that he will not comment publicly on ongoing negotiations.

"We will talk about them when they are done," he said "This sport seems to like to talk. Talk first, and act second.

"There are issues we have got to wrestle around and we do have others that are being aggressive about wanting to be a part of the calendar and we don't have that many slots."

Brabham turned down efforts to revive name in F1