In honour of the late Carlos Reutemann – who sadly passed away on Wednesday aged 79 after a lengthy battle with illness – here is an interview from Autosport magazine in 2014 of the Argentine remembering his first Formula 1 victory in South Africa in 1974 in his own words...

After the 1974 Argentinian and Brazilian Grands Prix, some of us went to South Africa to test – there was a non-points race at Brands Hatch in between, with temperatures 30C less than in South Africa – prior to the GP there.

It was a very picturesque venue, the place where some of the teams stayed was Kyalami Ranch, near the circuit, and it had tennis courts and a swimming pool, which was terrific for the summer season.

During practice we were shocked by Peter Revson’s tragic accident. He practically went straight off the track aboard his Shadow at Barbecue Bend, most probably due to a technical problem. To think that some moments before we had been sharing the pool and playing tennis.

That week’s testing showed that the BT44 designed by Gordon Murray was very agile in the opposite sector of the track, and very fast down the main straight.

Niki Lauda [Ferrari] was fastest in qualifying, and I was fourth. After qualifying, [Brabham boss] Bernie Ecclestone gave me a nice surprise: I was going to use a brand-new Cosworth DFV (number 150), just received from Northampton, for the race. For a driver, nothing compared with seeing a new DFV just arrived from Cosworth; there was something special about them. I had used a new one also in Argentina that year, #154. 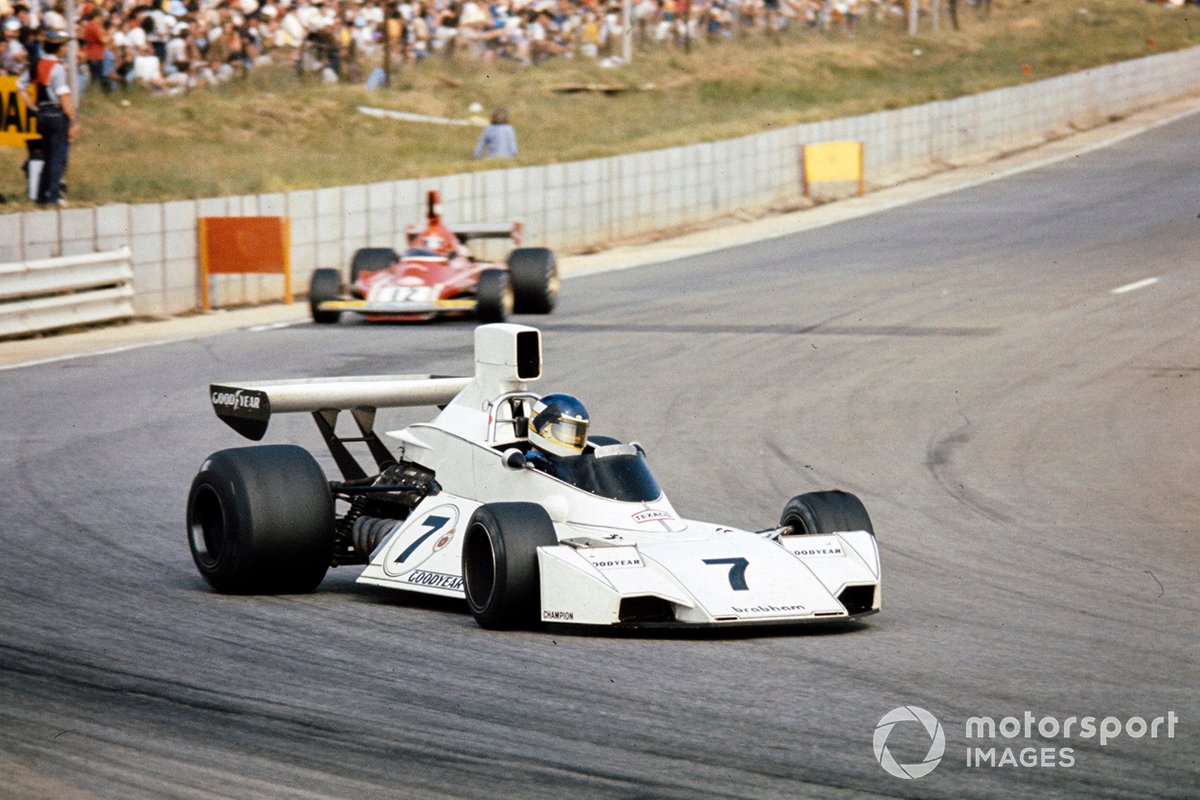 On the mornings of the races there were always doubts regarding which tyre compound to use. Bert Baldwin, from Goodyear, already accustomed to being asked this question, used to place a smiling puppet on the right-hand side of his shirt with the numbers of the recommended compounds written on it. That morning the numbers were: 07/00 86/87-07/35.

Lauda grabbed the lead at the start and I tucked in close behind. My car was very fast from Barbecue Bend to (‘flat-flat’) Jukskei until Sunset, prior to Club House, and also very fast after Leeukop, which preceded the main straight, down which the BT44 was literally flying.

I got past Lauda on lap 10 [of 78] and I edged away to take my first world championship win. About 10 laps from the end I had a lot of front-end vibration, which had worried me. 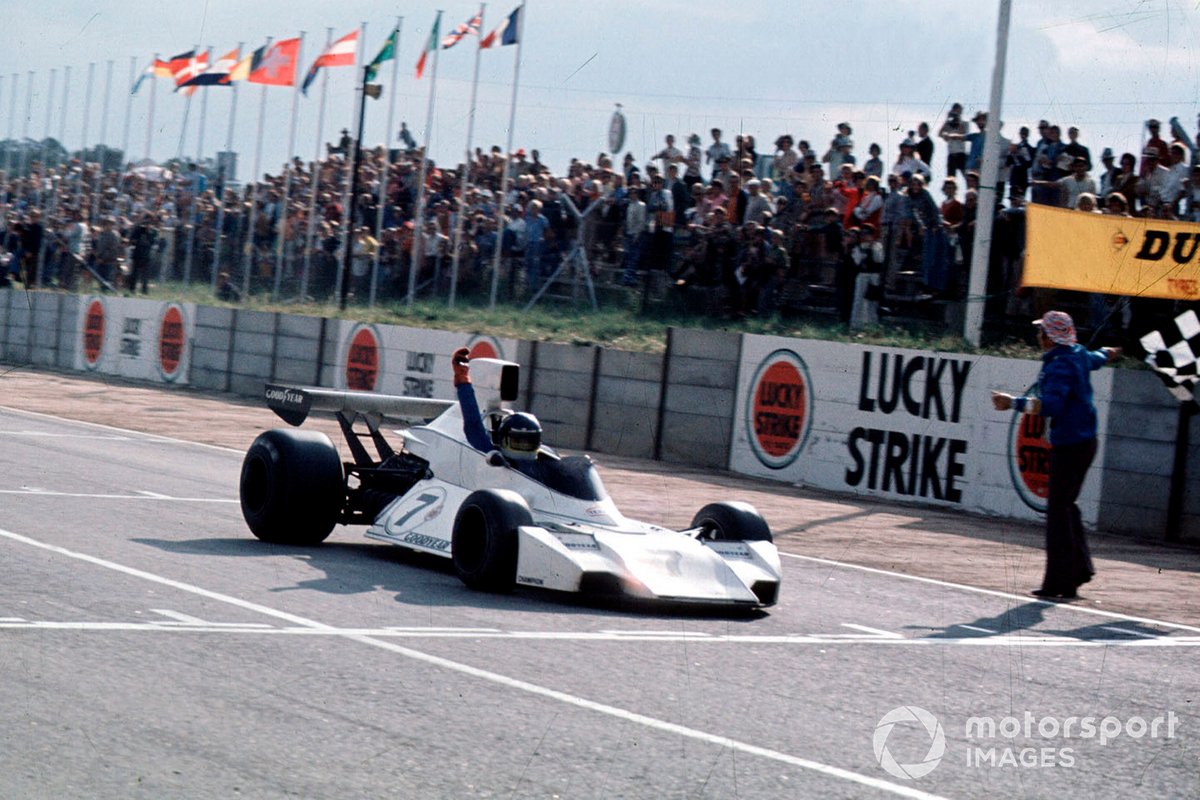 The next morning, the race organisers gave out the awards in a house on the outskirts of Johannesburg, with delicious barbecued meat being served. They handed me a trophy in the shape of a woman carved from a light-green rock, with a golden chain hanging around her neck. I shared the table with Ed Alexander, of Goodyear – he was very happy that the 07/00 tyres had worked out so well.

I had taken my first F1 win, and it is the one that I most remember.

BMW says it has no interest in entering Formula 1 at the moment despite the recent manufacturer arrivals, instead focusing on its LMDh programme.

Esteban Ocon believes that 2022 Formula 1 cars are going to behave like go-karts over the bumps and kerbs of the Singapore GP track.

The F1 car concept dilemma that Mercedes must answer soon

Mercedes is yet to get on top of its troubled W13 Formula 1 car as it gets set to face its first season of the hybrid era without winning either of the titles. As the time comes to switch focus to the 2023 campaign, Mercedes faces a dilemma on whether or not it should stay the course with its current car philosophy or change tact altogether