Main Photos Illustrations
Previous / Albon: Rivals would still have found out about "sneaky" DAS Next / McLaren had "best start for many, many years" to F1 testing
Formula 1 Analysis

Mercedes was the talk of Formula 1's first pre-season test, when onboard footage helped reveal the team's radical new Dual-Axis Steering System – which has become known as DAS.

This toe-angle adjusting system has intrigued rival teams and fans alike, as they marvel at Mercedes's ingenuity whilst also hunting out answers about its operation and legality.

While some of the details of how DAS work remain hidden for now, Giorgio Piola's latest illustration of the Mercedes W11 offers us a glimpse of a few changes that the team has made at the front end of its car this year.

Rather than the drivers pushing and pulling the steering wheel, it appears that the system is activated by a button push. This action then alters the position of the wheel through use of the power-steering hydraulic system. 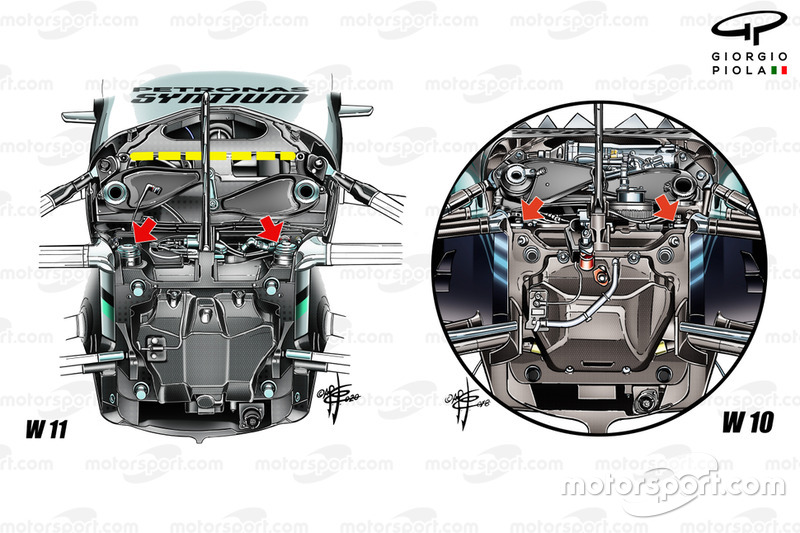 The two cylinders at the upper wishbones mounting point (above left illustration, red arrows) are totally new for 2020 and may provide some of the answer as to how Mercedes has incorporated DAS.

It's believed that internally these run the height of the bulkhead, and may be used as part of a larger scheme to influence the behaviour of the steering assembly too.

The steering rack is also mounted on the front face of the bulkhead and enclosed within a carbon fibre fairing, with the steering arms mounted as far forward as possible.

This places them in line with the lower arm of the wishbone for maximum aerodynamic gain as can be seen in the image below. 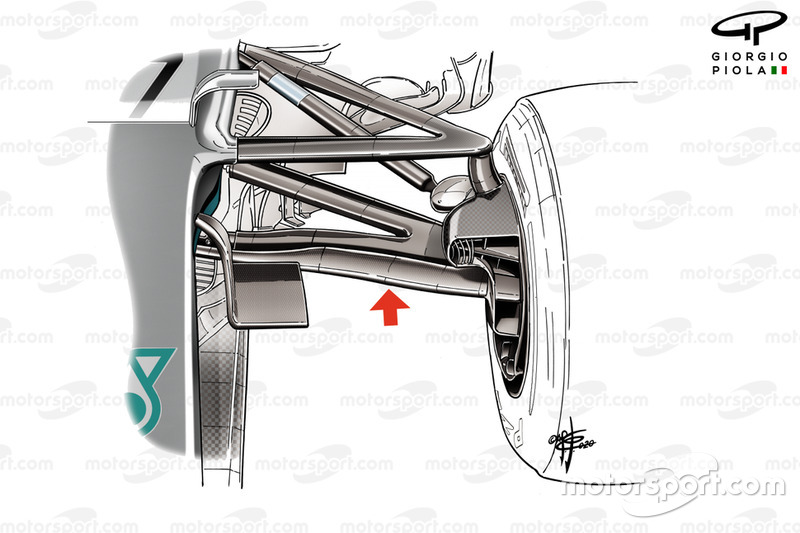