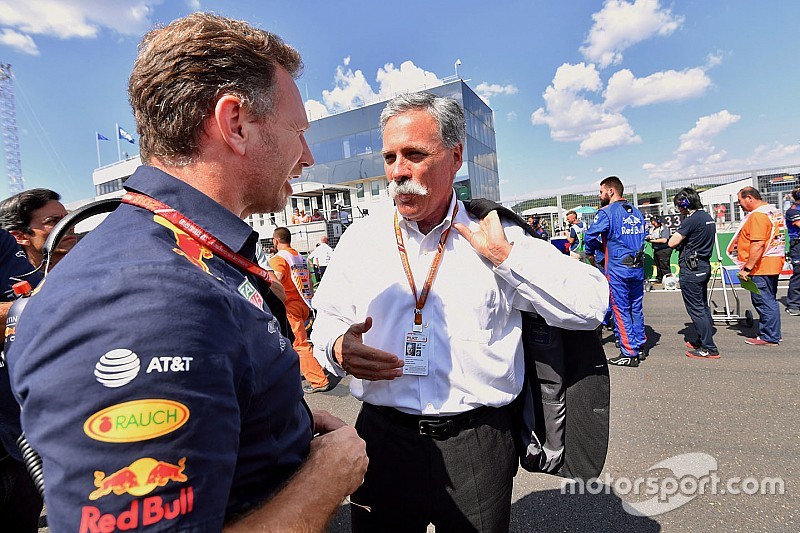 Formula 1 CEO Chase Carey believes that the key elements of the sport’s 2021 regulatory and commercial package can be finalised “in the coming months”.

The 2021 engine regulations, which have already been delayed after the four manufacturers rejected what was originally proposed by the FIA and F1, remain the priority, and are expected to be confirmed soon.

After pushing through the front wing changes to improve overtaking in 2019, Carey remains confident that he can make further progress on longer term plans. But he acknowledged that it will require compromises to be made as discussions continue with the 10 teams.

“Most importantly we continue to move forward with a broader set of changes to cost structures, revenue distribution, regulations and governance – the so-called Concorde Agreement. We’ve made good progress with the teams, agreed on the goals and objectives, and now need to work through the details to find the right compromises as we finalise these agreements in the coming months for the 2021 season.

“We need to find the right compromises as we get into the details. Nobody is going to get everything they want, but I think everybody recognises that. You’re not done until you’re done, but I feel good about the discussions, good about where we’re going, and good about the engagement with the teams.”

Along with the 2021 engine regs, Carey hopes that the sport can make further steps in the near future towards finalising other areas of the rules, along with the new commercial arrangements that will replace the current Concorde Agreement.

“In terms of what we’re finalising, certainly we are looking to finalise the major components,”he said. “There will always be components that are moving, it’s not like you are done, particular with issues like regulations. They are a living, breathing process, and will continue to evolve.

“So you’ll have a set of regulations in place, and whenever you put sporting regulations or others, some change less frequently – obviously an engine doesn’t change that often – but other regulations will clearly change. And I think with the things we’ll put in place we’ll probably continue to find ways hopefully to make whatever we put in place better.

“What I’m talking about is more than just the engine regulations, I’m talking more holistically, probably not completely, but getting the major components in place.”

Carey would not be drawn on the new commercial arrangements, which will clearly have a huge impact on the future profitability of the F1 business.

“What the revenue distribution is, both amongst the teams and between us and the teams, is part of those longer term discussions for 2021,” he said. “I think those are discussions at this point we’re best having with the teams in private, and when we get to the place and we finalise that we’ll be happy to discuss where we’re at and what we think the opportunity is under that revised structure.

“But since those are live discussions with the teams I’m not going to comment on that. Those are still best had in a private room between us and the teams.”

Carey admitted that one of the biggest problems is that there is no pressing deadline, with 2021 appearing to still some way down the road to the participants in the discussions.

“I don’t want to put out a specific deadline for it,” he said. “One of the challenges of bringing it to a completion is that the effect of many of these things is 2021, so there isn’t a natural deadline – usually it’s made easier by having a deadline that you have to get it done by.

“I think we and the teams all recognise and know that it would be good to get these things stabilised so we can all plan for the future. I think there’s a shared objective to get it done, but there isn’t an external forcing mechanism, but I think our goal is to move this forward and try and get it done in the coming months.”