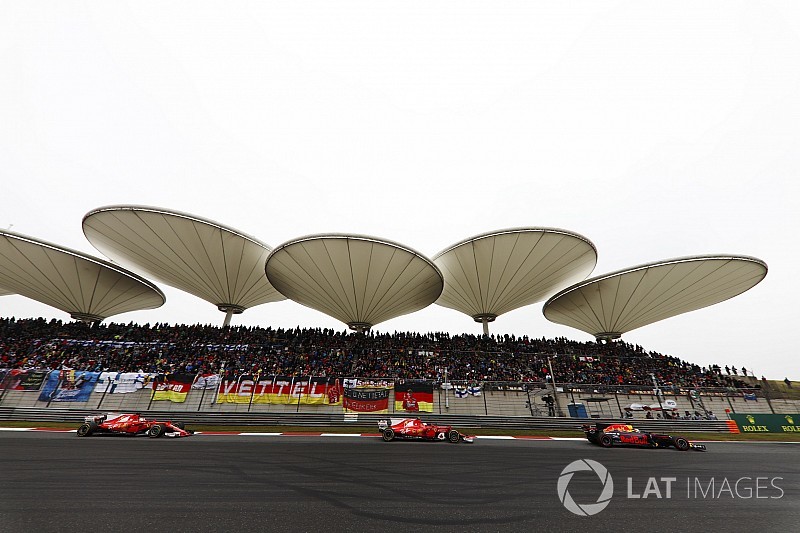 China has secured its immediate Formula 1 future by agreeing a new three-year deal with the sport’s owners.

The race in Shanghai is currently subject to confirmation on the draft calendar produced by the FIA earlier this year, but talks have been ongoing recently to sort a new deal after its contract ran out this year.

A deal to keep F1 at the Shanghai International Circuit until 2020 has now been sorted, with an announcement coming on Friday morning.

"We are very pleased to have reached an agreement which will see the Formula 1 Chinese Grand Prix continue as a fixture of the championship for at least a further three years ," said F1 boss Chase Carey.

"This great country has already demonstrated an overwhelming show of interest in our sport and we firmly believe there is still a great deal of unexplored potential here."

The new Chinese GP deal comes in the wake of F1’s owners Liberty Media recently extending its deal to host the race in Singapore until 2021.

China first held a grand prix in 2004, and had originally been expected to host the second round of the 2018 F1 season.

However, it is understood that it will swap dates with Bahrain, so will now move back to April 15. Confirmation of that switch is expected to come later in the year following ratification from the FIA World Motor Sport Council.

The original April 8 date was not ideal for Shanghai because it wanted to avoid a national holiday when many local residents left the city. Plus a slight shift of date could help the grand prix avoid the worst of the rainy season.