A two-day Chinese Grand Prix – slotted between the Brazilian and Abu Dhabi Grands Prix in November – has emerged as one option to get the event back on the calendar this year, Motorsport.com has learned.

The outbreak of coronavirus in China forced race promoters to postpone the original event, which had been due to take place in Shanghai on April 19. Even before that decision was made, Formula 1 chiefs were clear that they would look at all possibilities to try to reschedule the race later in the year, despite the difficulties of finding space for it.

The late-season run of races leaves no obvious gap for it to be slotted in – with one widely-talked-about possibility being that it takes place on the November 29 date that Abu Dhabi was originally down for, with the Yas Marina event then shifting back a week.

However, sources have revealed that a bolder plan is also being evaluated that would leave Abu Dhabi on its original date.

The proposal is for the Chinese GP to take place on November 22, as part of a triple header with Brazil and Abu Dhabi. While there are big logistical problems to overcome in terms of getting freight shifted from Sao Paulo to Shanghai in time, one way to help ease the stress is to compress the Chinese weekend.

The idea being considered is to run the grand prix event only on Saturday and Sunday – with the first day of action limited to practice and then qualifying and the race taking place on the Sunday.

The proposal would require unanimous support from the teams to get the go-ahead, and it is unclear if they would be supportive of such an intense run of races to finish off the campaign – despite the financial boost they would get from the Chinese event happening.

With ongoing uncertainty about how the coronavirus will develop over the next few weeks, there is unlikely to be any firm developments on F1’s plans for a while yet. 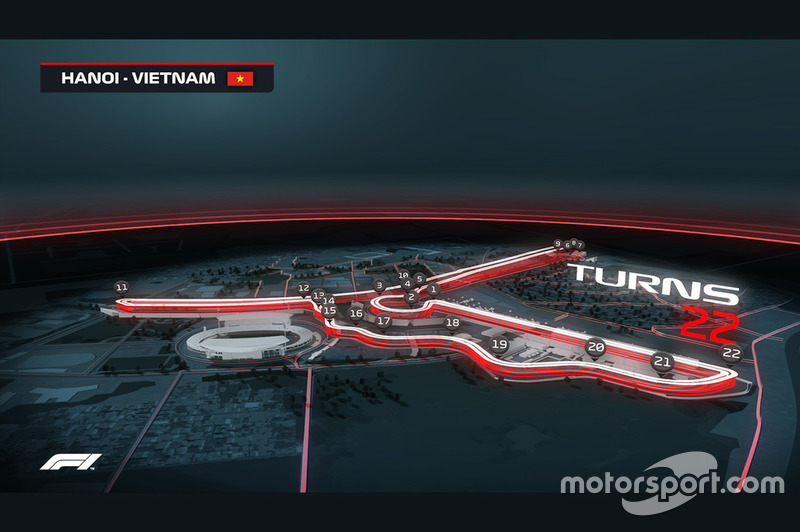 Vietnam adamant that maiden GP will go ahead

Meanwhile, Vietnamese officials are adamant that their race is not threatened by the coronavirus pandemic, despite the country’s proximity to China.

Local media on Tuesday quoted officials saying that no consideration was being given to re-evaluating Vietnam’s position on the calendar.

Tran Trung Hieu, deputy director of Hanoi’s tourism department, was quoted by AFP as saying: “The time for the... F1 race will not be postponed or delayed.

“Although this is a sports event, it has a very huge impact on Vietnam and Hanoi's tourism.”