Why F1 will struggle to reschedule the Chinese GP 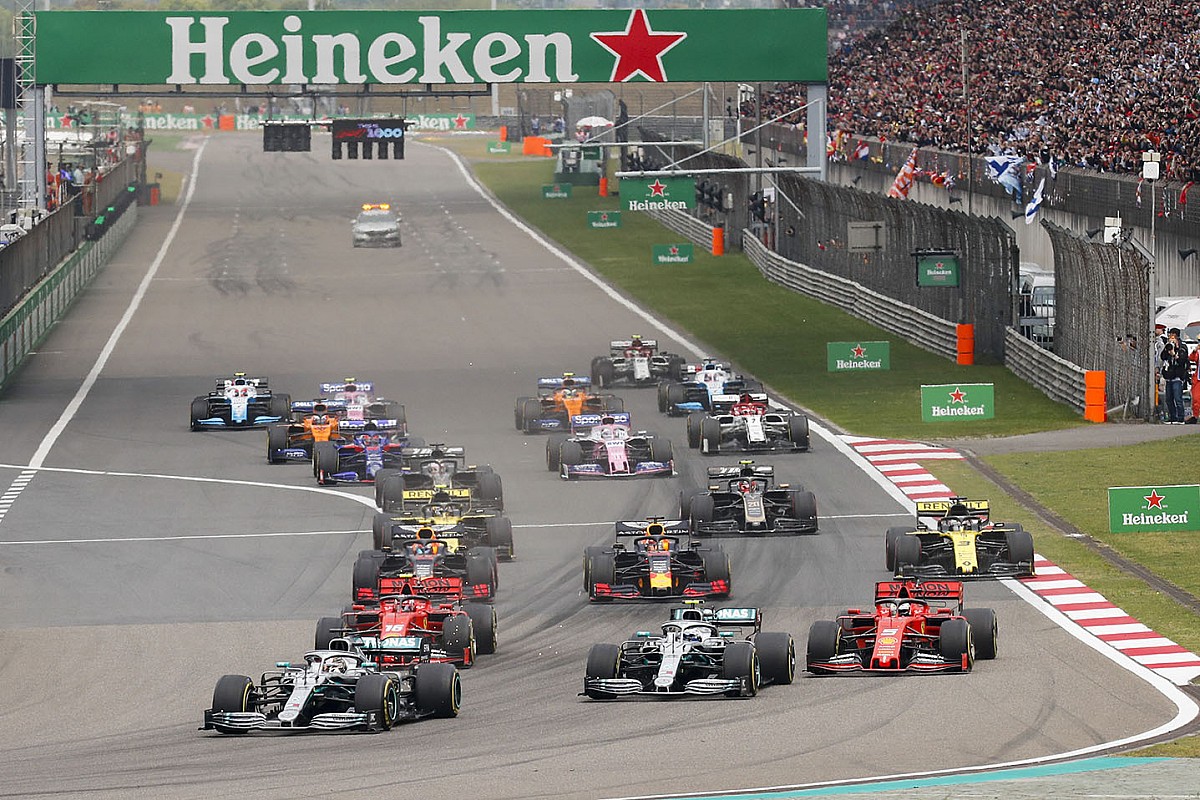 In this lull before the buzz of new car launches and Barcelona testing the biggest story in Formula 1 concerns the Chinese GP. Will it take place or not?

The sport has a 'we never close' tradition of making races happen whatever is occurring in the wider world. However, the coronavirus situation is now so wide-ranging that it seems inevitable that the race won't be held on April 19th.

Airlines have stopped flying to China, governments are telling their citizens to leave if possible, and the local sports authority has put a stop to events.

It's possible that things may improve by April and some of those restrictions will disappear.

However, realistically, even if that happens how many people who work in the sport will be willing to travel to China so soon after the crisis – and what will their families have to say about the prospect?

Or will their employers – including corporate giants like Daimler, Renault Honda and Pirelli – make the decision for them by keeping a company-wide ban on travel open indefinitely?

The bottom line is that F1 and the FIA have to make a call sooner rather than later, allowing everyone to plan for a three-weekend gap between Hanoi and Zandvoort.

The question then is whether the decision is framed as a cancellation or as a postponement to later in the year.

It's a difficult situation for F1. There is the obvious issue of the hosting fee income associated with the race, and in addition China is such a significant market that Liberty has been actively pursuing a second event. To lose momentum with no race in 2020 will be a major headache.

Is there any realistic chance of fitting the race in anywhere? A look at the calendar for the second half of the season suggests no.

Here's how it currently stands:

There are two key points to consider: Firstly after the unpopular run of France-Austria-Britain in 2018, teams made it clear that they didn't want to do another triple-header, due to the obvious wear and tear on staff – and that was with three European races, and no long flights, jet lag or freight complications to be factored in. With flyaways it would be almost impossible in terms of logistics.

Secondly, there are good reasons why this year's Chinese GP was not paired with nearby Vietnam as a back-to-back race.

F1 has long had a policy of not linking new GPs to others because until the debut event no one knows how easy or hard it will be to navigate customs with the seven 747s packed with cars and freight that the sport carries around the world.

However, there is also now a policy of (if possible) keeping China as a standalone because of increasingly complex local customs issues.

However, Bahrain is a country where the authorities are totally geared up to assist the sport, and thus F1 knew that at least one end of the journey would be expedited quickly.

China was kept on its own on both the 2019 and 2020 calendars to avoid any possible dramas as the local customs situation has become more complex.

With the above in mind it's obvious that there is no slot within the current span of the season. September 13 would create a run of five races, October 4, October 18 or November 8 a run of four – with the last involving an insane Mexico-China-Brazil route.

In the highly unlikely event that the principle of a triple-header is accepted then November 22, in between Brazil and Abu Dhabi, is just about possible – but consider that Interlagos is in the "wrong" timezone, and that would put even more pressure on getting into China in time.

The only realistic alternative, barring some shuffling of other late season races that somehow opens up a slot, would be after the current end of the season.

Will the teams accept a race on December 6 or even 13, at a time when they will already be well into their carefully scheduled programmes for their brand new 2021 cars?

And does anyone really want to finish the season in the soulless paddock of Shanghai rather than Yas Island, a popular venue just six hours from Europe and which always sees a massive amount of corporate entertainment? Not to mention the fact that Abu Dhabi's F1 contract ensures that it is the season finale.

The only other option would be to switch Abu Dhabi to December 6 – only five days later than it was last year – and reserve its current date of November 29 for China. That relies on Abu Dhabi being willing to move. Again, teams won't be too happy about an extra burden attached to the end of an already hectic run of flyaways.

There also remains the small matter of the weather in China at that time of year – the December average ranges from 3C to 11C, and there's only 10 hours of daylight. It would be a grey and miserable weekend – like having a race at Silverstone or Spa at that time…

"A late race in December would seriously compromise the 2021 championship as we simply would not have the time to prepare all our equipment in the winter," one senior team member told Motorsport.com today.

"The teams would struggle with sea freight at this late stage if a triple header flyaway was planned. I also believe FOM don't have the infrastructure to cope with it either."

The only other unlikely option is August 9th, immediately after Hungary. That eats into the summer break and factory shutdown – when many team members and others who travel to races already have vacations booked.