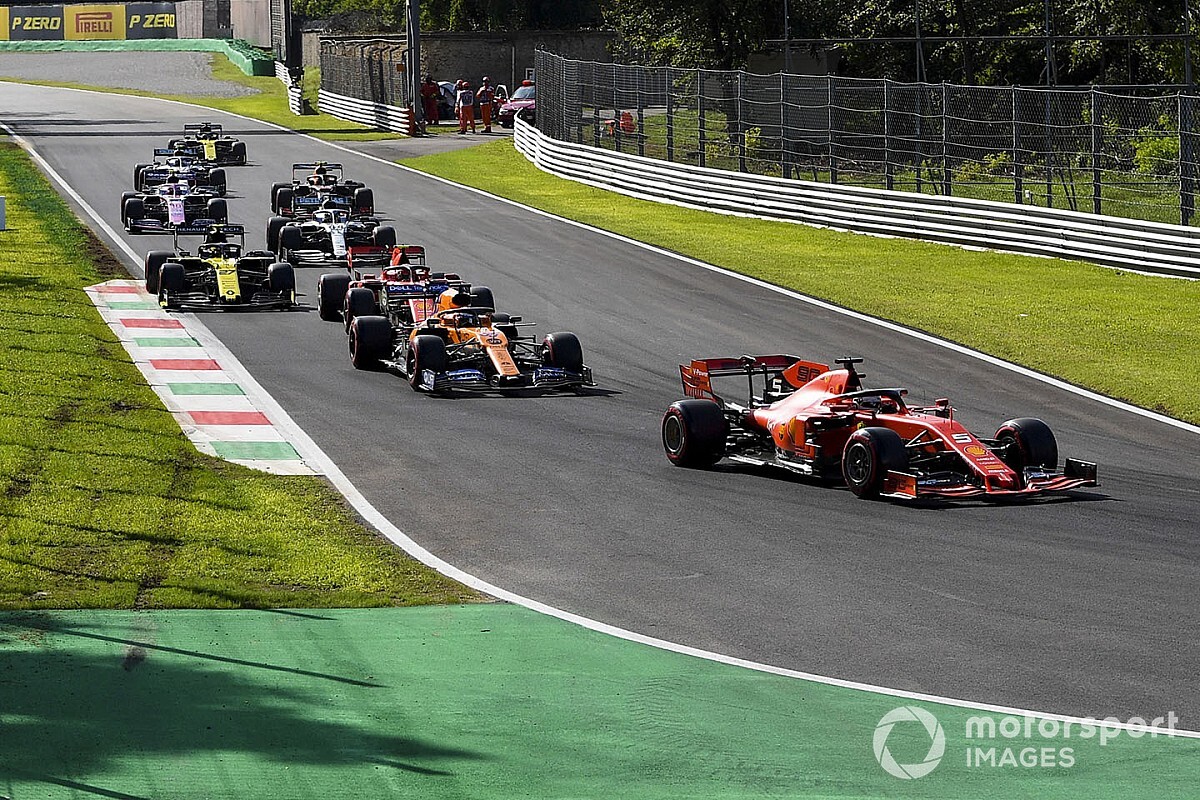 Formula 1 boss Chase Carey says that negotiations over the new Concorde Agreement have been put “on the back burner” while the short term issues caused by the COVID-19 crisis are addressed.

The current Concorde runs out at the end of this year, and a new one has been taking shape over the past couple of years as the sport’s new owners restructure the financial arrangements for the teams, with a more equitable payment system.

As it has not yet been agreed and signed in theory, teams are not officially committed to the sport beyond the end of this year.

“We had been in the final stages of completing the Concorde Agreement when the coronavirus crisis turned everything on its head,” Carey said in a call with Wall Street analysts.

“We decided to put the Concorde on the back burner for the short term, and prioritise addressing issues relating to 2020 first.

“As we move forward with the 2020 calendar and finalise regulatory changes with the teams we will once again return to completing the Concorde Agreement in the immediate future.”

Asked if in the circumstances the current agreement could simply be extended into 2021, Carey insisted that a new one could implemented even without the teams agreeing to its terms.

“The reality is once you get to 2021 with the FIA on the Concorde we can just deal with it unilaterally, say these are the rules of the road, or this is the structure that exists, so we don’t have to extend anything.

“We can essentially implement and say, ‘If you’re racing, that’s the terms on which you’re racing.’ Obviously that’s not how we’re looking to conclude it with the teams.

Carey remains optimistic that the 2021 cost cap can be finalised soon, with a move from $175m to $145m – and a lower figure in subsequent years – the major subject of debate in recent weeks.

However, he acknowledged that it won’t be easy for the three big teams to downsize and meet the cap.

“We respect the fact that there are a number of teams that spend significantly more, and respect that they will obviously have to manage through challenges to get to the cap.

“The goals which drove the cap, which were improved competition, better action and healthier business for everybody in it, the cap helps achieve that.

“There have been different thoughts about the specifics, it’s a much more difficult sport to put a cap into than the team sports in the USA, where you just have salaries, here you’ve got all sorts of moving parts that come out of the technology of the sport and the engineering of the sport.

“And so how you implement that cap has probably been more of a discussion than does the cap make sense?

“Again I’m sure there will be pressures on teams that have to make significant changes to get to the cap, but I think there’s been unanimous agreement that the goal of the cap, and those broad-based goals, are goals we all share, and that it will help make the sport better for fans and everybody in it.”

Carey believes that the sport can return to normal longer term, although he acknowledged that there could be “lasting impacts” from the crisis.

“We think the support and interest we’ve got, whether its from fans or partners, can enable us to get back there. I’m not saying there won’t be some lasting impacts.

“But the strength of events like ours I think the fans will come back, events like ours will continue to rise in strength, and I think he type of partners we have seem to be more supportive than ever, even if you have a degree of shake out in the economy.”