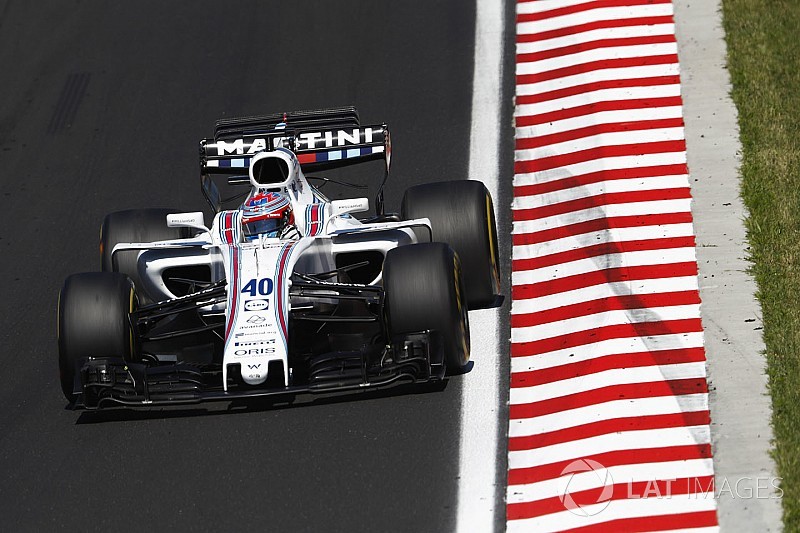 Paul di Resta has revealed his feet were "killing me" during his Formula 1 comeback in the Hungarian Grand Prix.

The 31-year-old took over from the unwell Felipe Massa and went straight into qualifying, lining up 19th before retiring from the race with an oil leak while running 18th after 60 laps.

Before the race, di Resta anticipated that the biggest challenge would be a physical one on his first grand prix outing since November 2013, but while he did suffer some mild shoulder discomfort, it was his too-small race boots that caused the pain.

"It's been quite hard," said di Resta when asked after the race about the physical challenge. "I can certainly feel it in my shoulders, but the biggest thing is the feet. The shoes are a bit too small. My feet were killing me."

Di Resta, who has raced for Mercedes in the DTM since dropping out of an F1 race seat at the end of 2013 after three seasons with Force India, is hopeful this could lead to more opportunities in the future.

He is pursuing a full-time return to F1, and although that appears to be a long-shot he is also happy to have demonstrated his capabilities as a reserve driver.

"You never know, I'd love to," he said when asked about whether he felt this performance made him a contender in the driver market for 2018.

"There's no secret I want to be in a Formula 1 car, but at the very least I hope I've showed I'm a reliable reserve driver kicking around the paddock.

"I tried to approach it in the most professional way I could and gain a lot [of experience] rather than throw away something that wasn't there [in terms of a potential result]."

Di Resta had also not sampled the car in the Williams simulator since before March's Australian Grand Prix.

"In the circumstances, Paul did an absolutely terrific job," said Lowe. "There were a lot of procedures like race starts and tyre warm-up procedures that he wouldn't be familiar with, but he did a respectable job, stayed out of trouble, drove consistently, had good feedback at the end of the race.

"The only real shame was that we didn't give him a car capable of getting to the end."

Grosjean on Hulkenberg clash: "We are not in NASCAR"