Formula 1 found itself on the receiving end of a barrage of criticism last weekend when it was forced to cancel the Australian Grand Prix because of the coronavirus outbreak.

A lack of communication from the sport’s bosses about what was going on, allied to delays between teams deciding things and fans finally being told (even after they had arrived at the track gates) left many unhappy with how things turned out.

The situation, with F1 CEO Chase Carey only arriving at the track on Friday morning because he had been in Vietnam, was the biggest crisis that the sport had faced under new owners Liberty Media.

But would things have played out any differently under former F1 supremo Bernie Ecclestone?

Would he have pulled the plug on the Australian GP before the teams even got there? Would things have actually turned out the same? Would he have called off the event as soon as team members were being tested for coronavirus? Would he have pushed on regardless with the event from Friday onwards with a determination that the show must go on?

We can only guess about that (and even he may not know the answer), but let’s speculate for a bit and offer a fantasy view of how one scenario could have played out differently if Ecclestone remained as F1’s ring master….

Ever since Bernie Ecclestone headed off a potential takeover of Formula 1 by American media giants Liberty Media in 2016 (and who could have predicted beforehand him buying the sport back off CVC himself?), he has continued to run grand prix racing with an iron fist.

Sure, there have been some concessions in recent years, such as allowing F1 to do a little bit more on YouTube - but that was only because he sees room for profit there.

He famously continues to be sceptical of social media. Giving away his precious product for free does not compute.

There had been rumours last year that Netflix was interested in doing a behind-the-scenes documentary series on F1, to take the sport to a new audience. But some paddock insiders say that the streaming giants were not offering the kind of big bucks that pay TV channels provide, so it came to nothing. 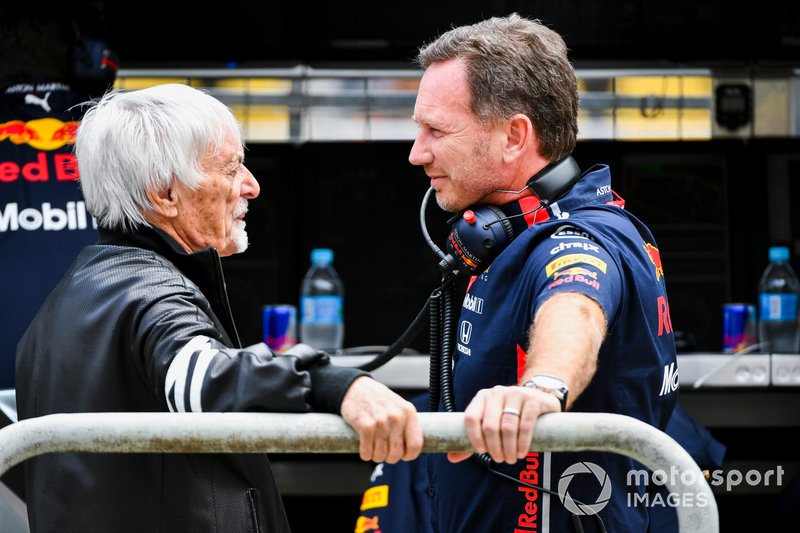 I guess we will never know if such a project would have captured the public's imagination or not. However, MotoGP's series Ride to Survive seemed to have gone down well.

But for all the control that Ecclestone still had over the sport, he had never faced as big a challenge as the Australian Grand Prix with the coronavirus outbreak shaking the world.

The build-up to the weekend had been tense, but throughout it all Ecclestone had been in constant dialogue with the Australian GP promoters, the country's government and health authorities, plus the F1 teams and drivers, to do everything in his power to get the season started.

But as the F1 teams arrived in Melbourne, Ecclestone was already fighting fires at Albert Park. The deteriorating situation around the world meant that the Bahrain and Vietnam Grands Prix were looking increasingly unlikely to happen. And he didn't want to dither: action needed to be taken immediately.

During teleconference calls with the Bahrain government it was agreed that postponing the race was the best course of action. For Vietnam the situation was different, as the organisers were more reluctant to easily abandon their inaugural race. They wanted to cancel a long-planned trip to Australia, so requested that Ecclestone fly to Hanoi before the Australian GP got underway for talks there to discuss the next steps.

The F1 supremo didn't think that was such a good idea, feeling he was better placed being on the ground in Australia to deal with matters there. So he ordered them to fly out to Melbourne.

And it was after those discussions with the Vietnamese authorities on Wednesday night that it was decided a short press statement would be sent out. F1 disclosed that both the Bahrain and Vietnamese GPs were being postponed on safety grounds, but the message was clear: the Australian GP was going ahead.

By then though, the paddock in Melbourne was on edge. Rumours were circulating that a several F1 staff members were being tested for coronavirus, but Ecclestone's orders for everyone to keep silent meant it was hard for anyone to be sure what was happening. What Ecclestone had not been able to control, though, was a pact among the teams about what would happen if a member of their personnel was tested positive. 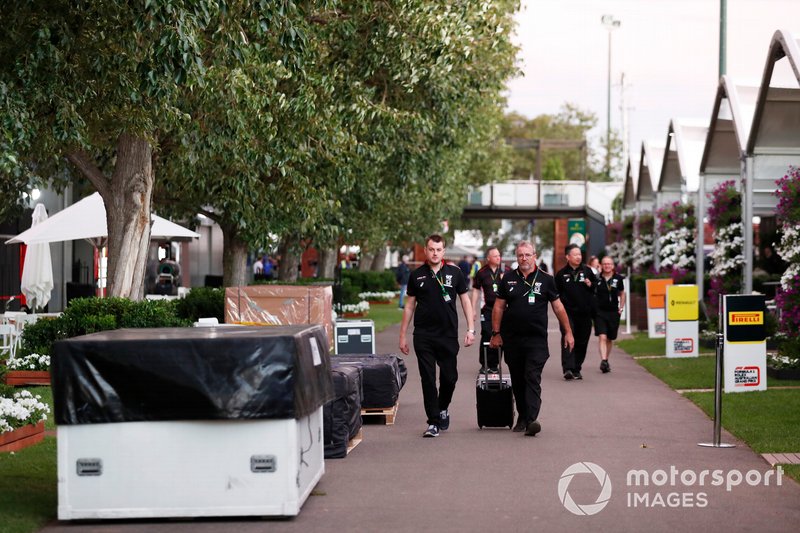 AlphaTauri Honda staff in the paddock amongst packing crates

It was agreed that if one team withdrew, then all the others would follow suit. It was the kind of solidarity that Ecclestone had never liked as boss, but he remained hopeful that the deal would not come to fruition.

But all that changed on Thursday night when McLaren was informed that one of its team members had indeed tested positive. McLaren CEO Zak Brown and team principal Andreas Seidl had been eating dinner at a restaurant when the news came in, and they quickly swung into action.

Following telephone exchanges with their Bahraini owners, it was agreed that the team would withdraw from the grand prix immediately. McLaren informed Ecclestone, who wasn't particularly enthused by the news - but ultimately understood.

Well aware of the team's 'one out - all out' pact, Ecclestone duly summoned the other team principals to an emergency meeting in downtown Melbourne.

Mercedes boss Toto Wolff had tried to arrange the get-together in his suite at the Crown Hotel, but Ecclestone did not want to play on away turf. Instead, he arranged a conference room at the casino downstairs. He thought it quite fitting for the gamble he was going to take.

As Ecclestone called the teams together, he was clear that he did not want the pull-out to happen. He argued that, having travelled all the way to Australia, it was nonsensical to walk away. Why leave fans on the ground and spectators around the world disappointed at this late stage?

But Ferrari was adamant that it wasn't going to go ahead; the worsening situation in Italy left the team's staff feeling that it was not right to continue. It meant pulling support for customer teams Haas and Alfa Romeo too, and Ecclestone was informed that some of the drivers were already booked on flights out of Melbourne the following morning.

That decision left Ecclestone with six teams available, and he had little time for any dithering now about what to do. In his trademark calm-but-direct approach, he told them that it would be a huge mistake to walk away from the event now. "We are having a race," he told them, without any chance for compromise. 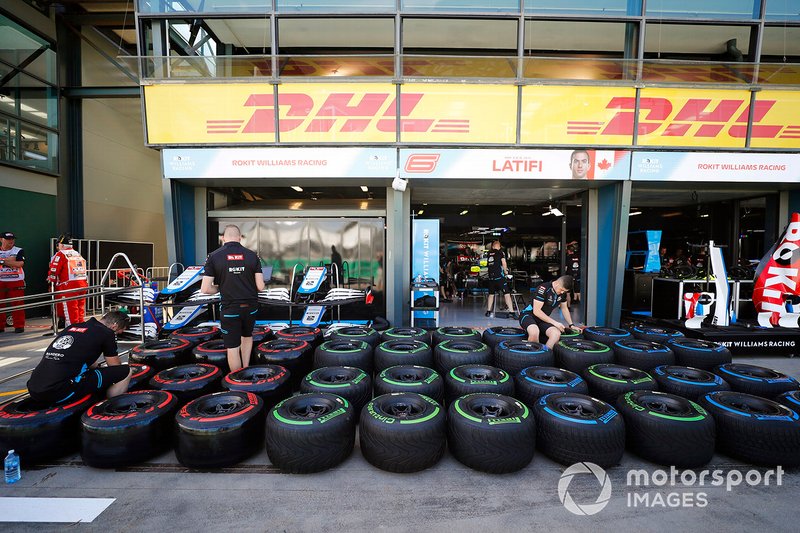 The Williams team prepare tyres in the pits

An initial idea to go ahead with Friday practice as usual and then judge the situation later that day - calling time if another positive test came back - did not get enough support. Renault said it could not accept those terms and Mercedes was also reluctant. As the intensity of the meeting continued to build, and Ecclestone struggled to find a way to keep the six teams on the grid he needed, he suggested something radical instead.

Well aware that the fast-changing virus situation meant it was hard to see F1 get through a full race weekend without further dramas - and more withdrawals - he proposed doing the race on Friday.

Rather than completely lose the show, or have cars go through a full practice session for no reward, he proposed that F1 hold a shortened practice session, qualifying and then the grand prix itself all on the same day. While hardly the ideal solution for everyone, Ecclestone argued that it was better to do something than scrap the event totally.

Red Bull, AlphaTauri, Racing Point and Williams were automatically in favour. Renault took some convincing about the benefits of getting everything ticked off on Friday, but in the end agreed.

Then eventually Mercedes boss Toto Wolff, who later had a call with Daimler CEO Ola Kallenius, gave his blessing to the idea too.

The news of the bold Friday grand prix plan with six teams quickly got out, but that was not the end of Ecclestone's headaches. 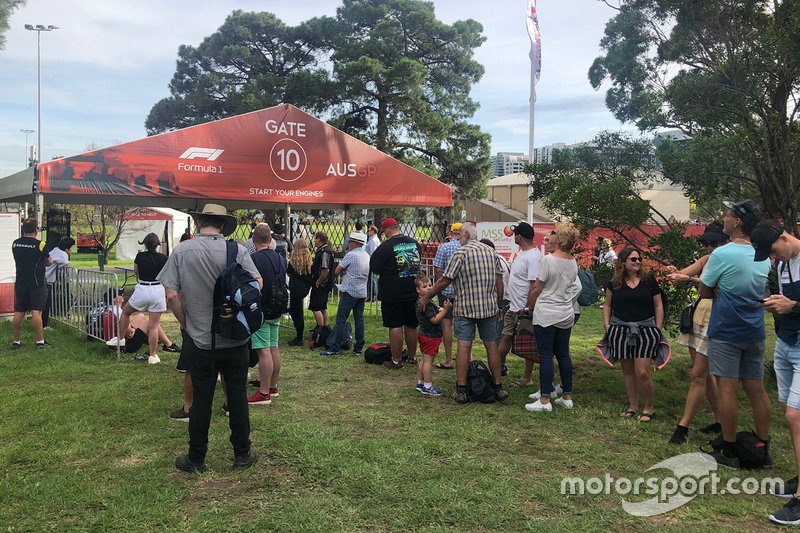 For just minutes before the gates were due to open to fans at Albert Park on Friday morning, the Victorian health authorities said they would not allow spectators into the venue. With the 12 cars ready to go out for truncated practice, there were angry scenes at the gates - and Ecclestone himself was not impressed.

Later on that day, following the finish of a muted podium ceremony following Max Verstappen's triumph over Lewis Hamilton in the one-day Australian GP, Ecclestone was letting rip to the media in a huddle in the paddock.

He made clear he was angry that F1 had been compromised by the changing advice from the Australian authorities, which he said had put F1 in a difficult situation in Melbourne.

He apologised to the fans who did not make it into the track, and to any TV viewers at home who may not have realised until too late that everything was happening on Friday. He also accepted Ferrari's complaints about the season having started without it, and said he would discuss with the other teams about whether or not the championship points would be wiped away so it became a non-scoring event.

But all that speculation was for later. For now, Ecclestone had fulfilled F1's contractual requirements in holding the grand prix (so FOM would get its race hosting fee), and fans had at least enjoyed a glimpse of what 2020 had to offer - with a race that would keep them talking for several weeks at least.

Longer term, he knew his complaints about the inconsistent advice from the Australian government could always be forgiven by a vastly-increased race hosting fee for the following year... 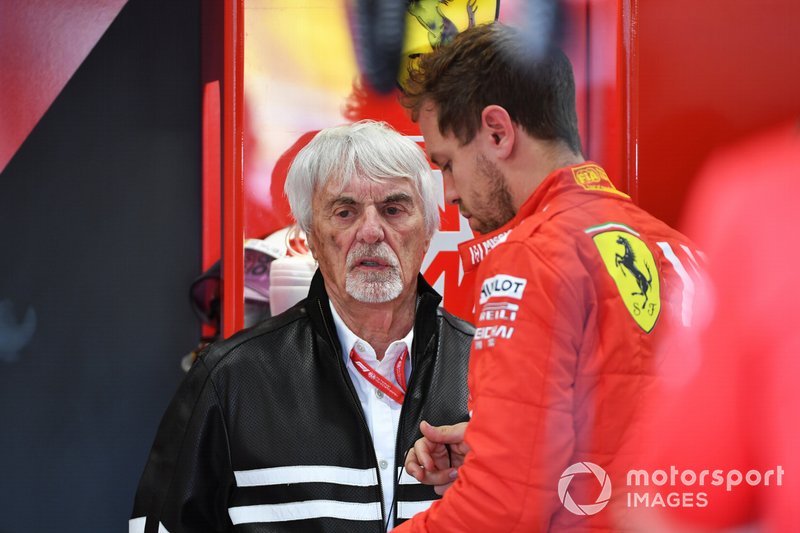