Nigel Mansell has won the British Grand Prix four times (1986, 1987, 1991, 1992) – three times at Silverstone, making him the most successful British F1® driver to ever race at the circuit. Evoking memories of ‘Mansell mania’, he will lap Silverstone’s Grand Prix Circuit as part of the celebration parades.

Mansell, Formula 1® World Champion in 1992 and winner of 31 Grands Prix, commented: “Silverstone is the spiritual home of Formula 1® and we should all feel proud of the circuit hosting its 50th Grand Prix. It has a special place in my heart and a rich heritage that cannot be replicated by other circuits. It’s still one of the most exhilarating circuits in the world, but it’s the fans and their passion that make the British Grand Prix so special. 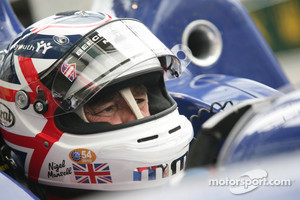 “I have a stand out memory from each of my three Silverstone wins – in 1987 it was the overtake on my teammate Nelson Piquet down Hangar Straight, dummying to go around the outside before taking him on the inside going into Stowe. That was a really satisfying win. 1991 was another great win, but is probably best remembered for me stopping to give my rival Ayrton Senna a lift back to the pits after he ran out of fuel on the last lap. However, the most special memory for me is probably 1992, when all the fans invaded the track at the end of the race. It’s not something I’d recommend nowadays, but the euphoria took over as a sea of people surged onto the track. It was absolutely amazing and something I’ll never forget.

“I am one of the Stewards at this year’s British Grand Prix so am delighted that I shall be there to celebrate this momentous occasion and take part in the parades.”

The final high-profile name completing the line-up for the ‘Silverstone50’ parades is Emerson Fittipaldi. A double F1® World Champion (1972 and 1974), Fittipaldi took part in 144 Grands Prix between 1970 and 1980, driving for Lotus and McLaren before setting up his own marque, Fittipaldi Automotive.

‘Emmo’ won the British Grand Prix at Silverstone in 1975, and will take to the wheel of his 1974 McLaren M23 in the Silverstone50 parades - the very car that secured wins in Brazil, Belgium and Canada, before clinching his second Formula 1 title, and the first ever World Constructors’ Championship for McLaren.

Fittipaldi commented: “It is an honour to be able to celebrate this 50th running of the Grand Prix at Silverstone, as well as the 40th anniversary of winning the first ever World Championship for the iconic McLaren F1 Team. More than that, it will be with great emotion that I will be able to do that in front of the British fans, because England is the place where I started my international career, a second home for me. I have many friends here and shared a lot of success with the Brits in racing.

“Silverstone carries a lot of tradition in F1®, but most importantly, it has evolved with F1® while retaining its character as a circuit. I really enjoy seeing the modern F1® cars racing at tracks that I can relate to my own races. McLaren means a lot to me. I came to McLaren from Lotus at a time when I was leaving a proven Champion for an up-and-coming team. We won the Championship on the first attempt. The M23 won a lot of races over a few seasons in its many evolutions.

“I have very vivid memories of winning the British Grand Prix at Silverstone in the M23. It was the first time the start of a Grand Prix used a lights system, and we had the new chicane at Woodcote after the multi-car accident there in 1973. As always, opinions were divided about these novelty items. But after all the anticipation for the start and the first corner, it was at the end of a hard fought race that a typical English summer rain helped me to win the race.

I saw the clouds and used my local knowledge to go for wet tyres early. It started raining only on one side of the circuit, and not many cars could make it on slicks. The records actually show that I won by a lap! This was my last F1® race win, at the same circuit where I drove an F1® car for the first time, so Silverstone is very special for me.”

Mansell and Fittipaldi join a host of Formula 1® World Champions, British Grand Prix winners and motor racing legends confirmed for the Silverstone50 parades. The full list of drivers and cars is as follows:

The 2014 FORMULA 1 SANTANDER BRITISH GRAND PRIX will be the 50th Grand Prix to be held at Silverstone since Luigi Villoresi won the first ever event on 02 October 1948, two years before the inauguration of the FIA Formula One World Championship in 1950.

Round nine brings Mercedes to Silverstone for the British GP