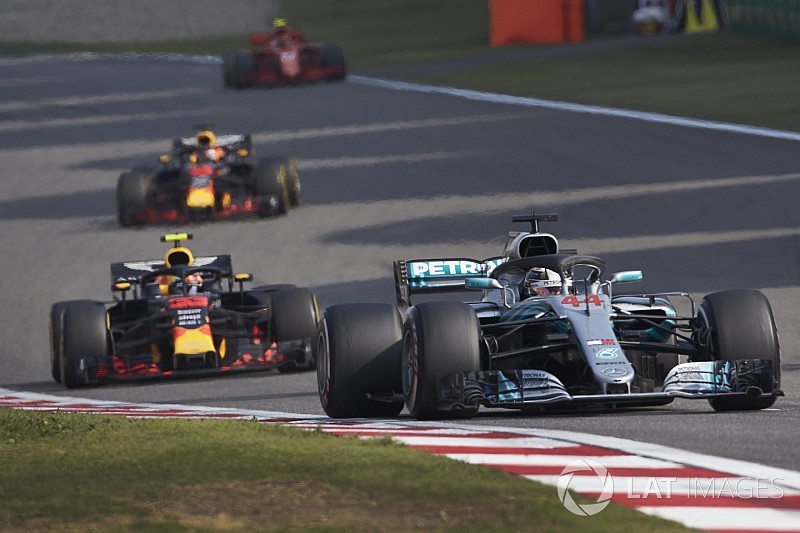 Mercedes boss Toto Wolff says the excitement of the recent grands prix in Bahrain and China has shown Formula 1 decision-making to be "a little bit erratic".

In addition to the ongoing big-picture changes for 2021, efforts are currently underway to tweak next year’s aerodynamic package to help boost overtaking, a direct reaction to an uneventful opening race in Australia.

But the Melbourne race was then followed by entertaining races in Bahrain and China, and Wolff sees this as evidence that F1 had overreacted in the aftermath of the season opener.

“It shows that we are a little bit erratic with our decisions, and one race makes people try to do things that maybe are sometimes not necessary,” said Wolff when asked by Motorsport.com.

“This is how Formula 1 always was. [In China] we had a first stint that you could have judged as being boring. And we had a second half of the race, a second 60 per cent of the race, that was unbelievable motor racing.

"Today, first half was not good, second half of the match was great excitement. And the penalties were fantastic!”

Asked if the recent dominance by Mercedes had been the biggest issue, Wolff joked: “I wish we were back in the past and had that situation...”

Force India team principal Bob Fernley agreed that changes should be properly considered, while also suggesting that the sport should take the opportunity to introduce elements of Liberty’s 2021 package earlier, when possible.

“I think we should let it roll a little bit longer, and see where we go. I think there are other things that we could look at and start introducing leading towards the 2021 programme.

“Fundamentally we’re very close to it being there. I think the focus should be on how we can start to bring in the 2021 programme and start getting the benefits of that rather than fixing something that’s not really broken.”

Toro Rosso has "a lot to analyse" after sudden China slump