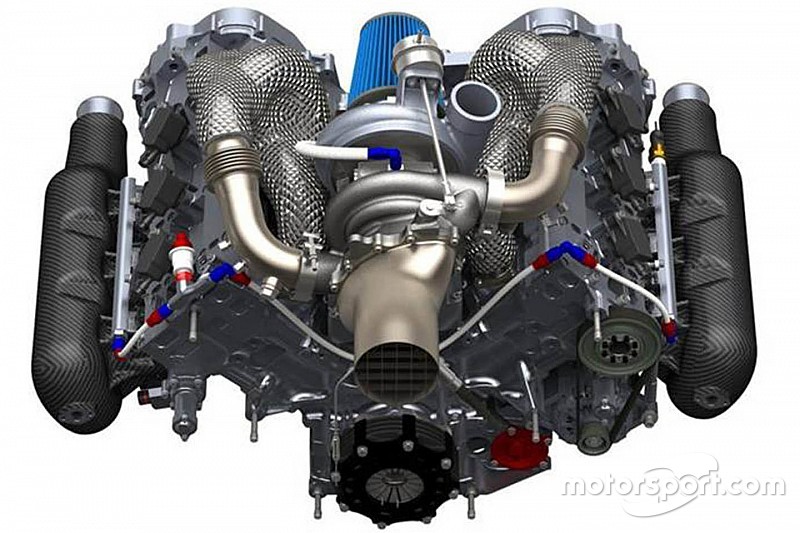 Mecachrome has joined the bidding process to supply Formula 1 with an independent engine from 2017, and revealed to Motorsport.com the first images of what its new engine could look like.

With Ilmor and AER having expressed their interest in the engine concept to the FIA last week, Mecachrome has now confirmed it too wants to get involved, and reckons it would need just six months to get a power unit up and running.

"We won a few months ago the GP3 engine supplier deal from 2016, which will be an atmospheric 3.4L V6," Jean-Charles Raillat, Racing Activities director for the Mecachrome Group told Motorsport.com.

"The FIA request for proposal in F1 imposes a 2.5-litre maximum. Our developed engine basis is absolutely compatible with this FIA request.

"In terms of resources and capacities, we are totally there. We are used, at Mecachrome, to conceive and industrialize an engine in six months. The planning window is still quite large for us."

While there have been questions raised about the financial viability of an independent engine supplier coming forward, Raillat thinks that Mecachrome can justify getting involved with just two teams signing up, because it's engine is already ready.

"It's maybe a bit easier for us than for others in that area," he said. "We already have a good existing basis that is ready – of course with development required.

"Our evaluation is at least two teams for it to be profitable for us on a financial level, and also be able to be within the targets set out by the FIA. Two teams, four cars : that's our evaluation."

He added: "What maybe differentiates Mecachrome is that it has been a very, very long time that we have been dealing with Formula 1.

"We have been managing a lot of major programmes in parallel. If you look at last year, Renault were supplying four teams : we were managing that side. We also managed GP2 Series and we will now supply GP3 Series.

"We are used to that and we have the human and technical resources. We have testing dynos. There is no specific construction plan needed.

"And the projects we manage are complete all the way, from conception to production and set-up, as well as with the provision of track assistance and exploitation."

Red Bull has been open that it is viewing the 2017 independent engine as an opportunity for it to get itself a competitive power unit.

But despite the close links Mecachrome has with Red Bull's current partner Total, he is not so convinced that the team will automatically abandon a manufacturer route.

"Will Red Bull accept to have an engine that is not on the same basis as the others, to fight for a championship? I'm talking in terms of design. That's another question."