Motorsport.com's experts rate the Formula 1 teams' performance during the 2016 season. Today: Manor, which came very close to securing 10th place in the standings, only losing out to Sauber in Brazil.

By Giorgio Piola and Matt Somerfield

Manor's budgetary constraints are always going to offset its development targets to the other teams, especially with a large regulation change looming for 2017.

However, it made several marquee amendments to the MRT05 during the season, with its Monaco update standing it apart from the rest of the Mercedes-powered teams.

This update centred around its rear wing centre-mounting pillar, which, like the trend started by Toro Rosso in 2015 and run by all Ferrari-powered teams and McLaren in 2016, saw the pillar intersect the exhaust.

This should not only improve installation stiffness, but also save weight and change the shape of the exhaust plume. Changes were also made to its monkey seat (arrowed), increasing its complexity in an effort to improve the aerodynamic connection between the diffuser, exhaust and rear wing. 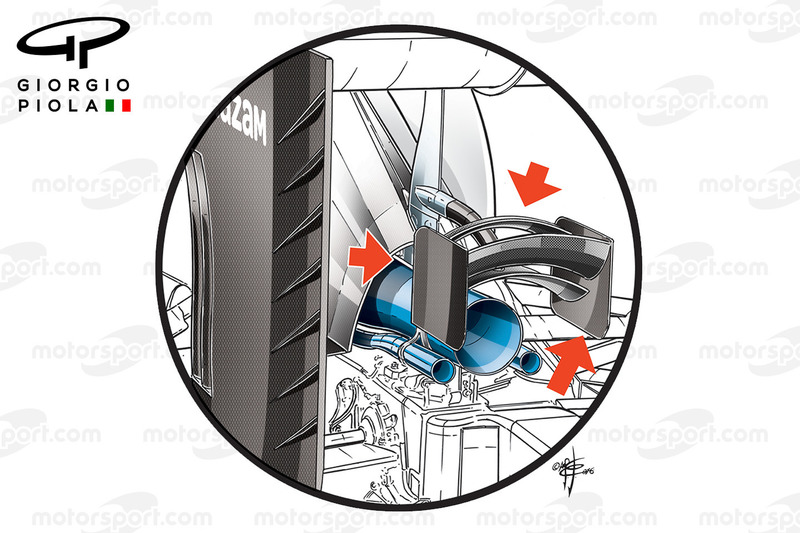 After too long battling alone at the back of the field, Manor enjoyed improved fortunes in 2016 as the new owners and a solid effort from sporting director Dave Ryan helped mould the outfit in to a decent racing team.

The lack of budget meant it struggled to hold on to the coat-tails of bigger-money rivals, but it put up a valiant fight – and did not let the disappointment of Sauber scoring points in Brazil get it down too much.

It will be hoping a potential investment deal can boost its coffers though to allow it to make better progress in 2017.

It was a pity to see 10th place slipping away from Manor, as the team really deserved it. The long journey to the point where Manor finally caught up with the rest of the field is over and it would have been symbolic to finish the season not in last place.

Let's hope this last-minute defeat to Sauber won't affect Manor's future too much.

During the early years of the 'new' teams from the 2010 season, the idea of one of 'Virgin/Marussia', 'Lotus/Caterham', or HRT eventually achieving credibility seemed far fetched.

But Manor dragged itself into Q2 through more than fluke, and its points finish in Austria warranted genuine celebration. It deserved to finish above Sauber this year.

The only team to field a rookie pairing this season, Manor was on course to secure 10th place in the constructors' championship until the penultimate race of the season, when Felipe Nasr's ninth-place finish for Sauber all but scuppered the team's hopes.

After Rio Haryanto's promised funding failed to come through, Manor became something of a Mercedes development team, pitting future talents Esteban Ocon and Pascal Wehrlein against each other in a fight for promotion eventually secured by the Frenchman.

It was clear from the start that the Mercedes engine lifted Manor's performance to another level after struggling with the old Ferrari power unit in 2015.

Development was not significant enough to allow the team to fight regularly in the midfield, but in Wehrlein's hands the cars raised some eyebrows on occasion. Losing 10th place to Sauber was a big blow, however.

Manor can be disappointed with its 2016 season, although the team's performance was better than ever compared to the front-running squads.

The team thought its car was quick enough to score points regularly, but unfortunately still took a heavy blow when Sauber got ahead in the championship in the penultimate race, not to mention Haas's sensational Formula 1 debut with the Ferrari engine.

This team barely made it through the winter, but still managed to make a step forward this year with the MRT05. And the car didn't only prove to be quite reliable, it was also fast enough to challenge the lower midfield teams, which shows that Manor was a team worth saving.

A great drive to 10th by Mercedes loanee Pascal Wehrlein at the Red Bull Ring in Austria delivered the team one point.

For a long time it looked like the British squad was going to secure tenth place in the constructors' championship, only to lose it after the penultimate race of the season. Hopefully some fresh investment can make this team even more competitive in 2017.

It had been a very difficult 2015 for Manor with a car powered by a one-year old Ferrari engine, but a the mighty Mercedes power unit allowed it to enjoy some very good races and score one valuable point, which was close to awarding it 10th place in the constructors' championship.

Good performances from both Wehrlein and Ocon helped matters – the latter's race in Brazil in the rain standing out in particular. 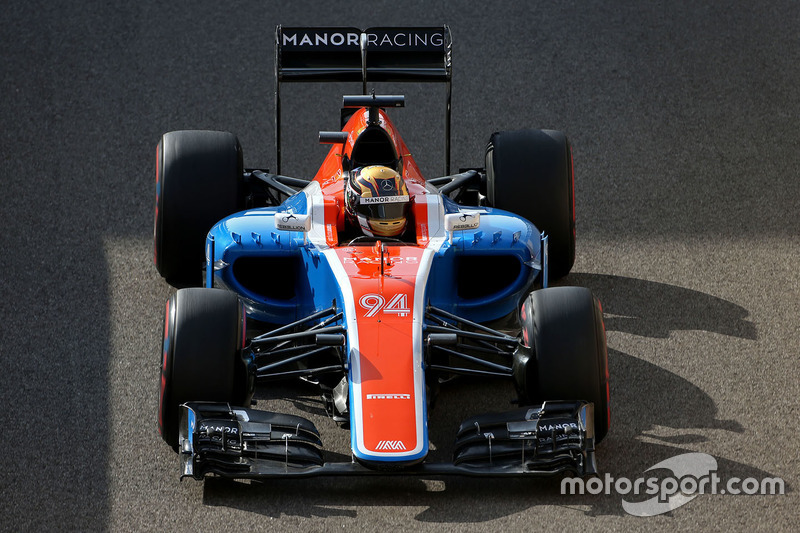 What makes Bottas the right choice for Mercedes in F1 2017

Perez frustrated by lack of recognition

Haryanto says Formula E his "only option" for now