F1's switch to ground effect cars as part of its radical technical regulations overhaul for 2022 has seen the return of vertical oscillating – or porpoising – on straights.

The bouncing has caused problems for a number of teams – chiefly Mercedes – sparking calls for changes on safety grounds, which has led to a stand-off for months between outfits over the issue.

Having been previously discussed by the WMSC, those changes have now been approved.

As previously reported, from the Belgian Grand Prix at the end of the month the FIA will monitor the phenomenon and will introduce changes to the stiffness requirements of the underfloor plank and skids.

And from 2023, the edges of the car floors will be raised by 15mm, while the diffuser throat height will also be raised and its edges stiffened.

The FIA will also require an additional sensor to be run on the floor to monitor porpoising, while the governing body claims the floor changes will be implemented in a way that should "avoid any impact on the teams' designs of the mechanical components". 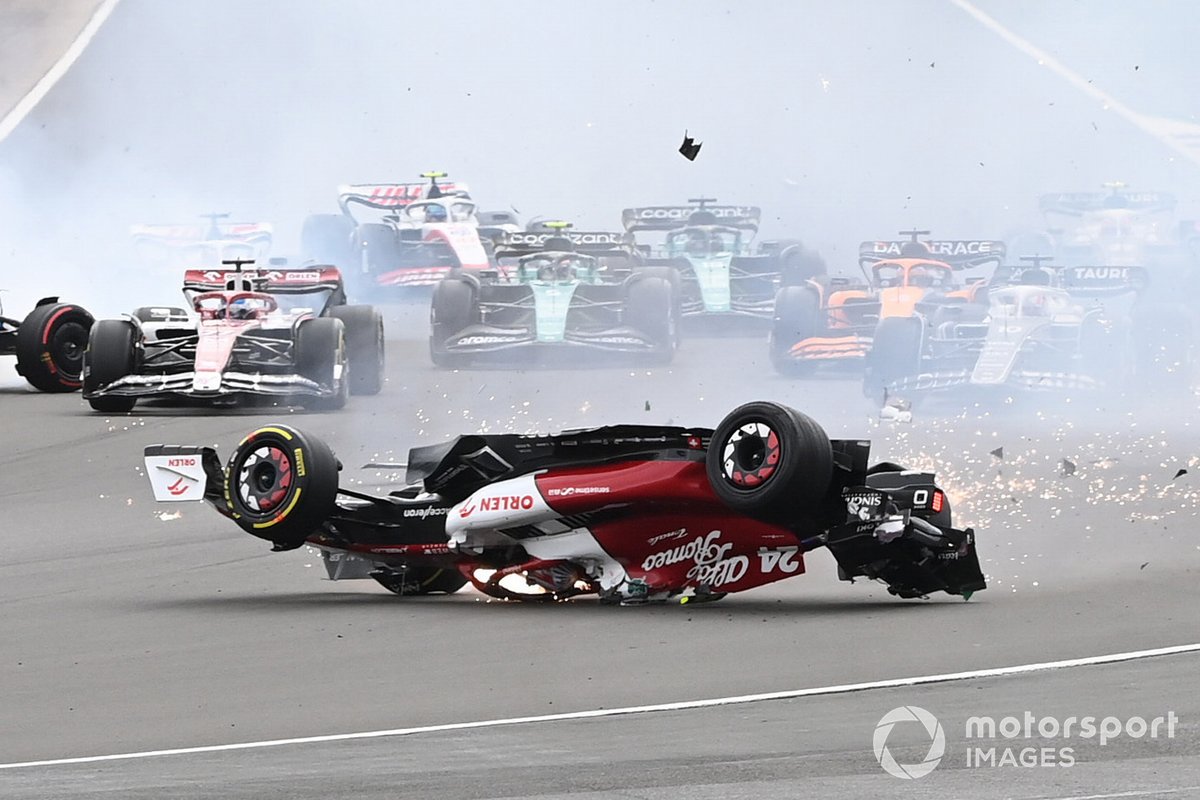 The accident involving Zhou Guanyu, Alfa Romeo C42 at the start of the race

Changes to the roll hoops on cars for next year will also be introduced as a direct result of Alfa Romeo drive Zhou Guanyu's massive accident at the British GP.

Zhou's car was flipped over following contact between George Russell and Pierre Gasly at the start of the Silverstone race, with the Chinese driver's Alfa Romeo sliding upside down until it vaulted the tyre barrier and landed in front of the catch fencing.

After an investigation following the failure of Zhou's roll hoop in the incident, the FIA has ratified changes for 2023.

Changes will be required to the top of the roll hoop design, which is aimed at reducing the chances of it digging into the ground during a similar incident as was the case with Zhou's car.

It is hoped that for 2024 the homologation tests for roll hoops will be overhauled to further improve the safety of the part.

Red Bull said it will consider taking action against rival Formula 1 teams if they do not withdraw what it considers to be "defamatory" and "unacceptable" comments.